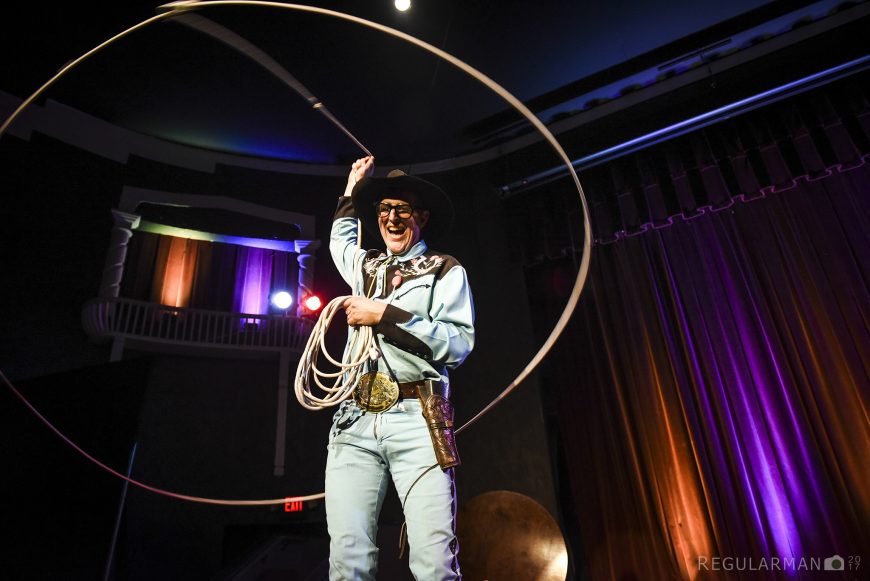 The area’s top variety and circus performers put on an amazing, hilarious, family-friendly show to support a great cause.

Clowns have a bad rep these days, but it doesn’t get us down because we know some of the best clowns around! They are performers who can make can make children and adults alike, laugh out loud with few words and a handful props. Good clowns create beauty in a difficult world. For more than 20 years, Clowns Without Borders USA has sent circus and theater professionals to war zones, refugee camps and crisis areas all over the world. And for 18 years the Northwest’s best circus artists, physical comedians, and variety acts have been coming together annually to create a thrilling evening of comedy and circus to support Clowns Without Borders USA. This year’s CWB-USA Benefit Show is no exception, featuring the area’s top acts, with live music by the Shoehorn Hat Band. Last year’s show sold out in advance, so get your tickets now. 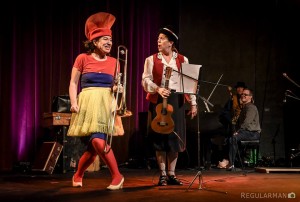 Paulina Muñoz and Omri Geva come from separate backgrounds working with a variety of circuses and dance companies and have come together in the last year to create an aerial dance duo that displays extraordinary creativity and athleticism. https://www.youtube.com/watch?v=qegqkSW8AGY

A Little Bit Off is the 16-time award-winning internationally touring physical theater company co-founded by Amica Hunter and David Cantor. The company devises original comedic shows and acts which combine elements of clowning,  juggling, puppetry, dance, slapstick, and acrobatics. Amica will be going on her first Clowns Without Borders project in Chiapas, Mexico between now and the show. http://www.alittlebitoff.us/

The incredible Patrick McGuire was a featured juggler for 10 years with Cirque du Soleil, and we are so lucky to have him. https://www.youtube.com/watch?v=IEZ-zGQj0PY

Milagro Theatre will be performing an excerpt from their brand new production, El Payaso, an original play about Ben Linder, the Portland juggler/engineer who was murdered by US-sponsored Contra terrorists in 1987 while building a small hydroelectric dam in Nicaragua to bring electricity to a few mountain villages. El Payaso premieres Jan. 13th at Milagro. http://milagro.org/

The evening will be emceed by Australian physical comedian Emily Newton. Emily has toured her one-woman comedy shows across the nation. She has settled in Portland now and is one of the funniest people in this town.

Charlie Brown is the funniest of the thick pile of professional comedy jugglers in the Northwest. Former Karamazov Brother, former star in the Broadway hit Sugar Babies, and currently a semi-retired farmer in Damascus, Oregon, he is as funny as ever. https://www.youtube.com/watch?v=UL0q8SpM6tw 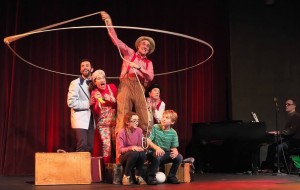 here for his lasso spinning, whip cracking, and crazy comedy in The White Album Christmas. He spent much of November teaching physical theater to Syrian, Afghan, and Congolese refugees in Dallas, Texas with Clowns Without Borders USA. He’s been working with them for 18 years. https://www.youtube.com/watch?v=Dqym-FkTNGs

Alicia Cutaia will be performing aerial dance. She is co-founder and director of ARC In Movement and dancer with BodyVox.

The Evening is directed by Nomadic Theatre director Michael O’Neill 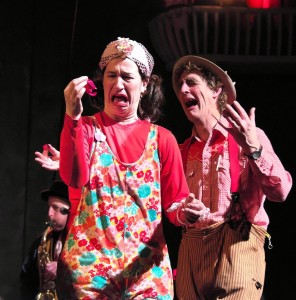 About CWB-USA in Portland:

All proceeds of this circus vaudeville extravaganza benefit Clowns Without Borders USA which sends professional performers to volunteer in areas of crisis around the world, to relieve stress and suffering through laughter and play. Portland artists David Lichtenstein, Sarah Liane Foster, Michael O’Neill, Morgan Goldberg, Amica Hunter, Heather Pearl, Noah Veil, and Curt Carlyle have performed and taught in dozens of projects in Haiti, South Sudan, Turkey, South Africa, Guatemala, Colombia, Chiapas, the Philippines, India, and more. CWB-USA has its office in New York and utilizes artists from all over the world but Portland, Oregon is perhaps our greatest center of both artists and fan support.

“CWB shows are a chance to have a family night of belly laughs that will help spread joy to children around the world.” Jeannie Zamarripa, 2016 Portland CWB Benefit audience member.

2 thoughts on “18th Annual Portland Benefit for Clowns Without Borders”