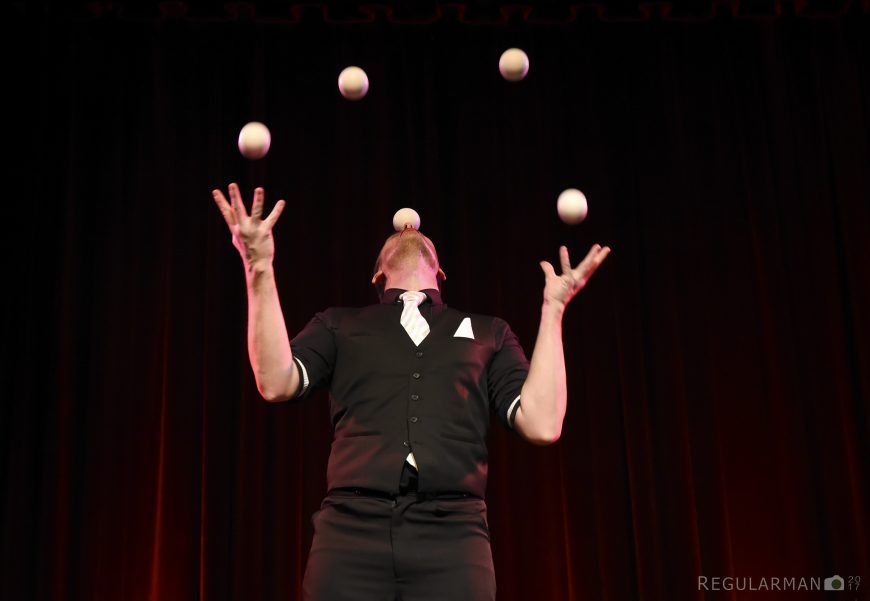 Show may provoke laughter, wonder, and hope against all odds!

We are delighted to invite you to our 19th Annual Clowns Without Borders Benefit Show in Portland, Oregon. The show will be February 9th at the beautiful Alberta Rose Theatre.

This event has run continuously, for 19 years, thanks the to amazing work of Leapin’ Louis a.k.a David Lichtenstein. Nineteen years ago, this event started in David’s living room. Look how much it’s grown since then!

The Portland Clowns Without Borders Benefit Show is a true variety show: Clean comedy for adults and kids, and all kinds of circus and variety arts. Each year, top-notch performers volunteer their time and talent to wow Portland audiences for a great cause. Proceeds of the show support CWB – USA’s work of relieving suffering through laughter in areas of crisis all over the world. This show will support CWB’s 2018 projects in storm-affected Puerto Rico; areas of Mexico affected by last year’s earthquake; and the Balkans where hundreds of thousands of refugees are seeking asylum.

Louis Pearl, The Amazing Bubble Man, the most successful bubble performer in the world!

Brittany Walsh, acrobatic grace incarnate, whose ability to shoot a bow and arrow with her feet while in a handstand has her flying around the globe to perform.

Leapin’ Louie Lichtenstein performing the comic cowboy lasso antics that have made him a hit in 32 countries around the world.

Omri & Paulina, the most gorgeous aerial artists in the Northwest.

Lark Schuldberg of Nightflight, on the Cloud Swing.

Buy your tickets today at https://www.albertarosetheatre.com/

These beautiful photos are by Bill Zingraf of Regular Man Photography.