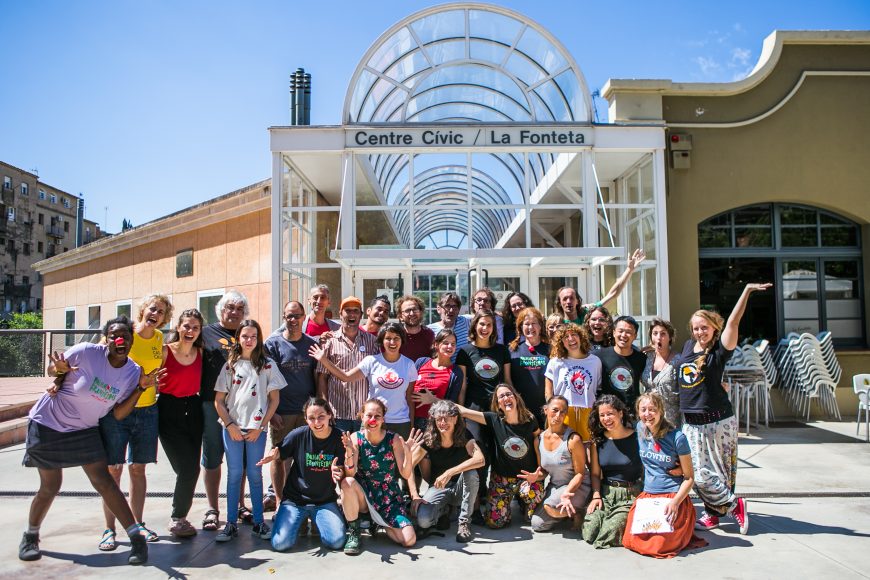 What do you get when clown-delegates representing fifteen countries meet in a medieval, Catalan village at an event modeled after the United Nations? Why, the Seventh Annual General Assembly of Clowns Without Borders International (CWBI), of course! For four rowdy, music-filled days, we met around a large conference table to discuss the organization’s future and how to respond to emerging and protracted displacement. CWB – USA Executive Director Naomi Shafer recently returned from this year’s assembly, to report back on what she learned.

What is Clowns Without Borders International?

There are fifteen chapters of Clowns Without Borders. While each operates independently in their own countries, they also share a vision and common goal under the umbrella of Clowns Without Borders International. Each chapter has a representative on the CWBI board, and once a year the representatives come together for an annual meeting. This year’s meeting was held in Caldes de Montbuis, a town in Catalonia, Spain. It was a joyous event, with thirty clowns (and clown administrators) coming together to discuss the organization’s future. 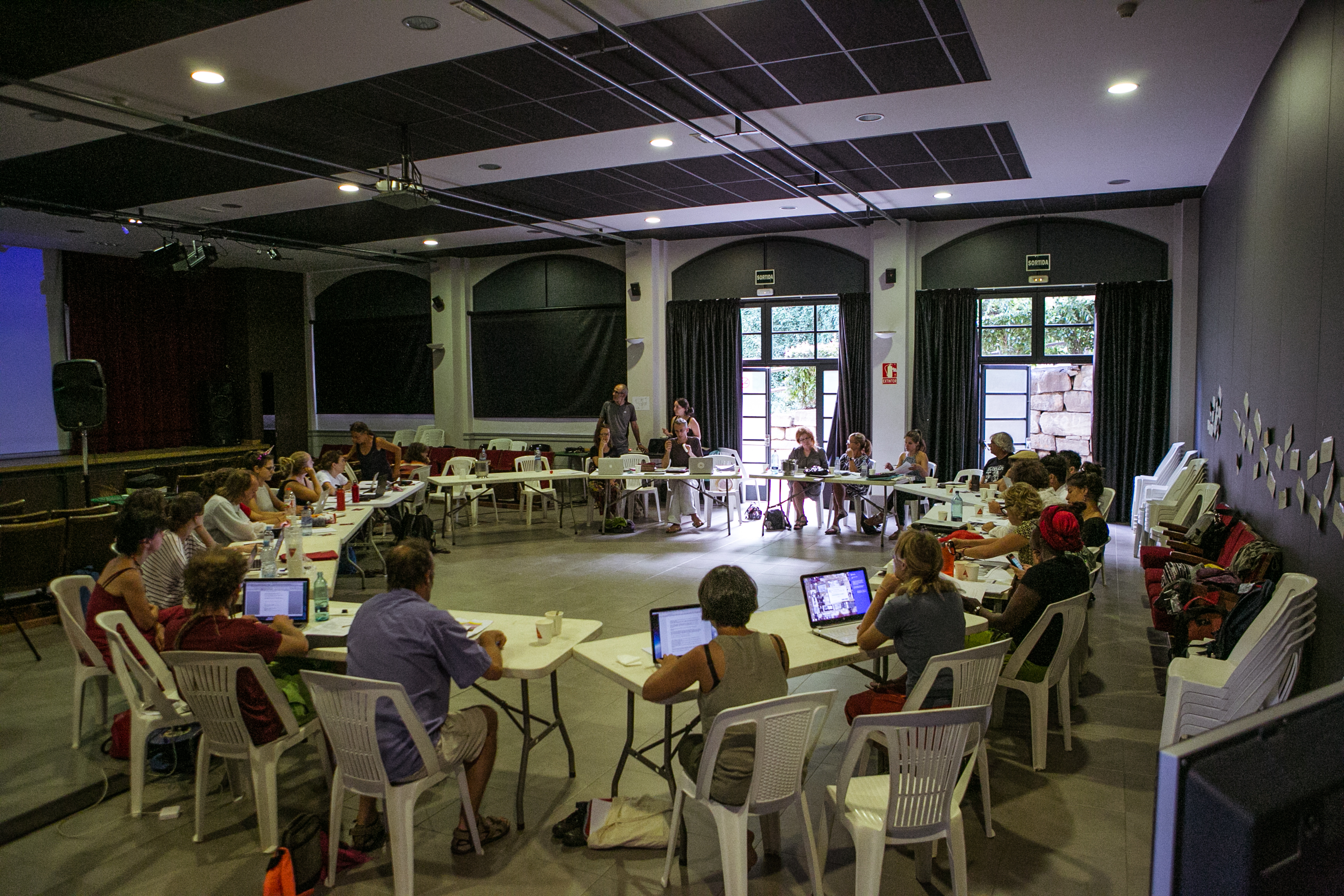 The meeting opened with a story from Tortell Poltrona, the founder of Payasos Sin Fronteras:

“Let us remember that our work was the idea of children. It was children in refugee camps in Croatia who wrote to their pen-pals in Spain to say, we miss laughter. It was children in Spain who came up to me and said, ‘You should go to the camps.’ And so I did. Clowns Without Borders exists because we listened to the children.”

With this frame, we started to discuss the changing landscape of displacement, and how CWBI—and each of its member chapters—can meet the current needs of displaced people. All chapters share two values: We only go where invited, and we always work in partnership with a local organizer. One of our longest group conversations was about how to build on this framework to increase the diversity of each performing team, CWB chapter, and CWBI, overall. CWB – USA prioritizes partnerships with local artists as a way to increase the impact of our work.

In addition to setting long-term policies, the General Assembly is an essential opportunity to meet the leadership of other Clowns Without Borders chapters. All of our project collaborations are a result of forging these personal relationships. Partnering with other chapters (such as on our recent tours to Mexico, St. Maarten, and South Sudan), is an invaluable way to increase our impact and learn from each other.