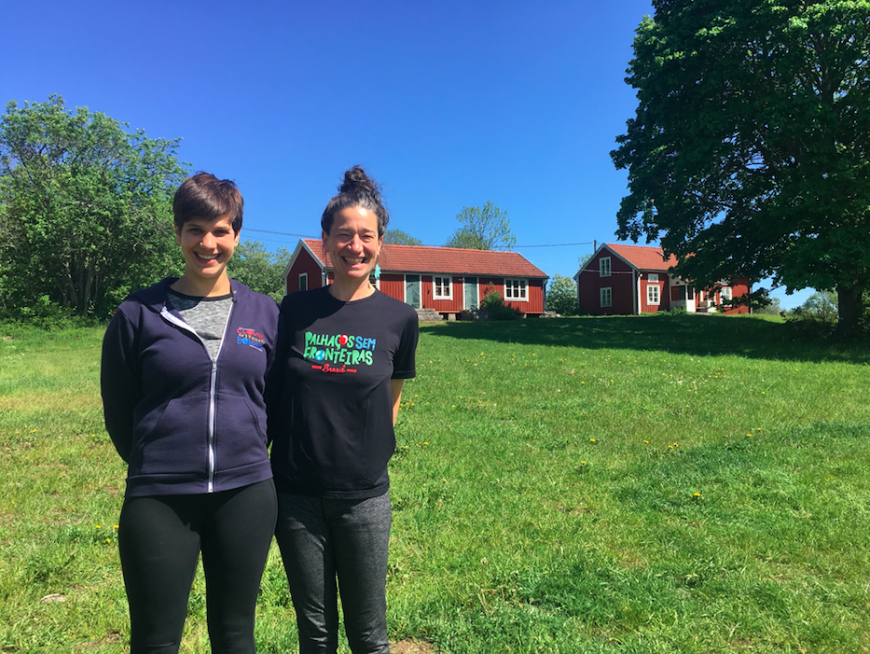 Why Does CWBI Hold a General Assembly?

The 2019 Clowns Without Borders International General Assembly was a smashing success, bringing together representatives from each CWB chapter for three busy days of planning, connections, and reflections.

Here is a video about CWBIthat we made at the 2017 General Assembly. It gives you a sense of the amazing people who make up our organization.

This year the GA was hosted by the Swedish chapter, Clowner utan Gränser-Sweden. CWBI representatives from around the world flew into Stockholm and took a bus out to the Swedish countryside. We headed for a summer camp, which the Swedish government provides so that city kids can spend time in the country each year. How great!

Once we arrived, we rearranged some dining hall tables into a big square and the meetings began. We accomplish so much at these in-person meetings—business is addressed and we reestablish personal connections leading to wonderful collaborations between chapters during the year. Last year, CWB – USA collaborated with sister chapters Clowns sans Frontieres (CWB France) and Palhaços sem Fronteiras (CWB Brazil), and we have exciting shared programming on the horizon for 2019.

As the Secretary General of Clowner utan Gränser put it during an exciting (really!) discussion of CWBI’s 2019 budget, the collaborations that have come out of CWBI have been invaluable. On a practical note, without our inter-organizational collaborations, the costs of running programs without collaborations would be much higher. In 2018, 13 joint projects were led by CWB chapters in nine different countries: Bangladesh, Brazil, Canada, Colombia, Guatemala, Haiti, Hungary, India, Mexico. (Read more about these collaborations, and CWBI’s work in 2018, in our Annual Report!) On these tours, we shared artistic and administrative practices, improved cost efficiency, and decreased our environmental impact.

Some other highlights of this GA:

Huzzah for sharing, growing, and helping each other do our best work! We really are better together.

2 thoughts on “Better Together”