Skip to content
A summary of our trip and our itinerary.
Zuzka’s Journal Chiapas 2003
Coming from the States, a place of much fear and apprehension at this moment, proved to create an interesting perspective on this tour for me.
Getting past the country tranquility and steep geography of this highland region was a welcome respi
te from newspaper headlines. Arriving in our first village, Acteal, we descended into it via a steep staircase...

The situation
Despite the rapprochement of the Zapatistas and newly elected president Fox, tangible reforms and passage of an effective indigenous law replicating the 1996 accords in San Andreas. Congress did just pass a new indigenous law but took most of the key provisions such as territorial rights, community jurisdiction and mineral rights out of the law. Watered down to the extent that opposi
By 4 pm it is dusk this time of year in Kosovo/a. It is Kosovo in Serbian and on the maps, but Kosova in the hearts of the Albanians, 90% of the country’s inhabitants. The roads are full of white SUVs, Military vehicles, tons of European luxury cars, often without license plates (stolen)...
Log
The Payasos Mural Project in Guatemala lasted 3 weeks, and during this time, we worked at three different locations: El Refugio and Nujuju (homeless street boys' shelters, administered by Casa Alianza) and el Basurero (the dump, working with Cuarto Mundo, a human rights organization) in Guatemala City. We created 5 different murals with the street boys and children of the dump in this sort
Laughter covering a trail of tears. Luckily this didn’t seem to be the case in Chiapas, but definitely it was Laughter covering a trail of fear and intimidation. The situation has changed little it seemed to me since my last visit a year ago. Although I didn’t get much of an opportunity to receive a detailed analysis of what is going on in Chiapas, the general word was of little change. 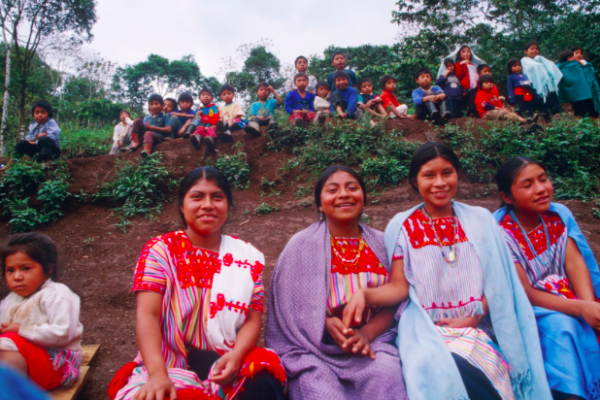 CWB – USA founder Moshe Cohen (aka Mister YooWhoo) returns to Chiapas for the fourth time in three years. He finds the political situation to be greatly deteriorated since his previous visit, but that laughter is as available, and needed, … Continue reading →