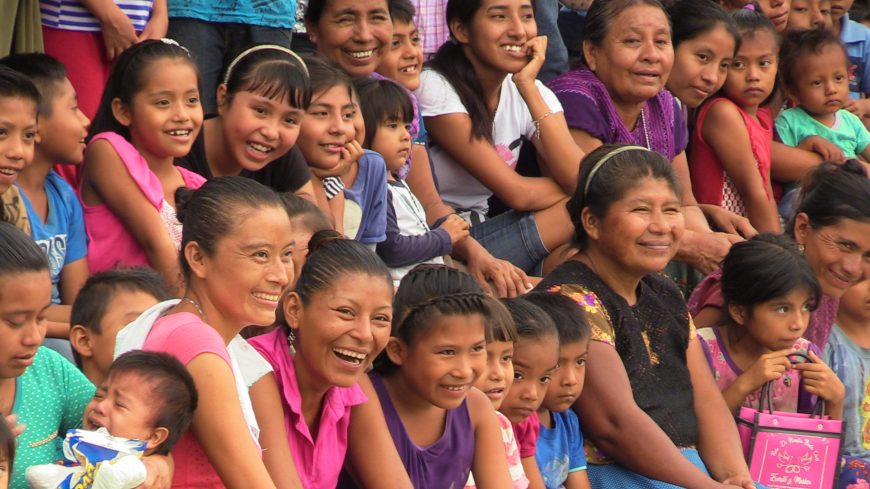 The United Nations Office of the Special Representative of the Secretary General on Violence Against Children recently published a report titled “When children take the lead: 10 child participation approaches to tackle violence.” This report draws parallels between the development of the internet and the enactment of the United Nations Convention of the Rights of the Child (UNCRC). Both offer unprecedented participatory access, affecting global perspectives on childhood. But have access and participation generated lasting change over the past 30 years? The report presents a case study of 10 different child-participation programs, each one aimed at preventing violence.

The UNCRC changed the way children are viewed—they are active participants in their own lives, with distinct rights and perspectives on their own best interests. Clowns Without Borders adheres to the UNCRC as a guiding document, and knows that the child leads in every clowning interaction. As any CWB artist will tell you, kids know what they like. Our tours are constant works in process as artists tweak their acts to better resonate with audience reactions .

Perhaps one of the most groundbreaking aspects of the UNCRC is its provision that children express their views on matters concerning their own lives, and that their views be taken seriously by governments and other authorities. The Convention is legally binding. Yet children’s voices are conspicuously absent from global debates and, even worse, prominent youth activists are often derided for their age despite holding unique rights and privileges to speak on issues concerning their own lives. Child participation requires inclusion and mutual respect from adults. The “When children take the lead” report found that children increasingly take initiative and create participatory spaces for themselves.

The report suggests that many children see adults seamlessly interact with their phones, treating them as personal assistants with instant answers—in other words, using their device to exert control over their own lives. As more and more children access the internet and become similarly accustomed to participation, control, and results, how will that influence their expectations of decision-making power? Are governments and other authorities ready to allow children’s participation to yield actual results and policy decisions?

After all, children wield the power of the internet to generate massive and impactful action. They don’t have to wait for adult-granted spaces. “When children take the lead” finds:

This growing power to participate, coupled with the means to do so, is making headlines. For example, in 2009, aged just 11, Malala Yousafzai wrote a blog under a pseudonym for the BBC Urdu service about her life during the Taliban occupa on of Swat, Pakistan, which encouraged a movement advocating for girls’ rights to education and won her the 2014 Nobel Prize.

There are so many others: the Chilean students’ movement in 2011; the ‘bucket challenge’ that went viral in 2014 using social media to tell a global audience about amyotrophic lateral sclerosis, with over 17 million people posting videos online; and the ‘Not Too Young To Run’ campaign in Nigeria to reduce the age limit for running for elected office, which has now turned into a larger global movement. We have seen 16 and 17 year-olds expressing their disappointment that they could not vote in the UK’s 2016 ‘Brexit’ referendum in 2016; the 2018 March for our Lives campaign, with adolescents organizing one of the biggest youth-led protests in the USA since the Viet Nam war; and Greta Thunberg mobilizing thousands around climate change.

Silenced children cannot self-advocate nor make change. It’s clear that children are eager to participate, but are decision-makers ready to accept what they have to say? “When children take the lead” examined 10 different initiatives, including governmental, NGO and civil society programs. Two are global, two are multilateral (Malawi and Guatemala, and Nigeria and USA), one is regionally based in Europe, and the remaining five hail from Chile, India, Tanzania, Malaysia, Mexico. They cover a range of issues pertaining to violence against children, including bullying, gender-based violence and child marriage, labor, and LGBTQ+ discrimination.

The report goes on to classify each initiative based on its type of child participation. For example, did children come up with the idea? Do they implement its programming? Finally, the report questions whether children are beneficiaries, partners, and/or leaders in the initiative. “When children take the lead” concludes that the most successful case studies are those that allow children to design and lead based on issues they have identified, and which encourage peer-to-peer approaches. The successful initiatives have clear achievements and ongoing participation.

Click here to learn more about the 10 case studies and specific findings!