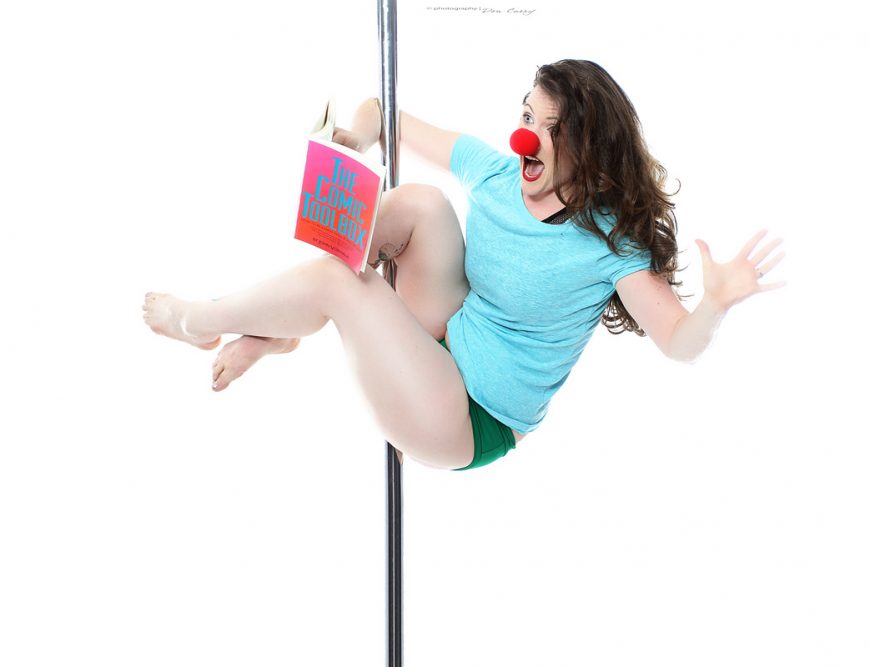 Who would have thought the the worlds of clowning and pole acrobatics would overlap? Author and performer Amy Rosvally is bringing them together through her new children’s book, which benefits CWB!

Rosvally—aka The Pole Comedian—says that comedy and pole aren’t that dissimilar. “There has always been a vast array of styles to choose from,” Rosvally says, “but very few people actually pursue what’s called ‘pole comedy.’ ” During her first-ever competition, Rosvally channeled Charlie Chaplin for a routine full of pole dancing problems with silly solutions. Later in her career, her pole dancing T-Rex act went viral. It’s better experienced than described, and the giggles from the audience speak for themselves. 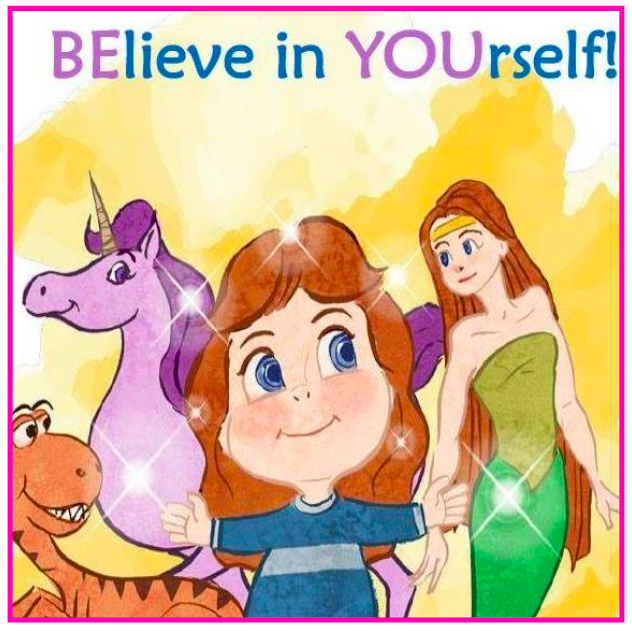 As it turned out, Rosvally won first place at the Southern Pole Championships in the Entertainment Level 3 Junior category
with her Charlie Chaplin routine. The success convinced her she was on to something. “I realized how much I enjoy making people laugh and the healing power that goes along with that,” she says. “If I can make someone happy, if I can inspire them somehow to try something new, even if it’s only for a moment in time, then I feel that I have done my job as ‘The Pole Comedian’ ”

That desire to inspire lead Rosvally to write her very first children’s book, BElieve in YOUrself! The story encourages kids to never let anyone dim their sparkle. “I want to inspire others to pursue what makes them happy and to believe that they actually can do it. That’s what this book is about. Whether you’re an adult or a child, I truly hope that this book incites you to pursue your dreams and feel unapologetically proud of who you are,” Rosvally says.

When her co-author suggested that she donate part of the proceeds to an organization that aligned with her personal mission, Rosvally thought of Clowns Without Borders! She had heard of our work through a colleague at the New York Renaissance Faire, and remembered videos she had seen of our tours, highlighting the impact of laughter. “I loved seeing the work your clowns do with those kids in the refugee camps. It felt like the perfect fit and I’m really excited that I can not only support kids in their own happiness journey with my book, but I can also financially assist an organization doing the same with the kids who need it most.”