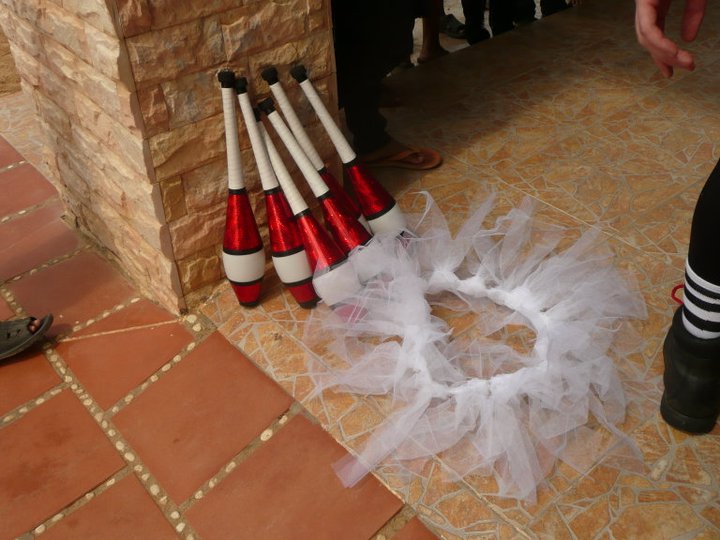 It’s difficult to compete against headlines such as, “Creepy Clown Sightings Cause a Frenzy.” When it comes to clowns, the recent disturbing events in the United States and elsewhere in the world, are what catches America’s clown spotting attention, and not the work of Clowns Without Borders USA (CWB USA). CWB USA offers performances and workshops to alleviate the suffering of all people in crisis, especially children, through laughter.

Unfortunately, at CWB USA we frequently have to divert many of our conversations away from our mission and towards a discussion of coulrophobia.

For as long as we can remember, our performing artists, staff, and board members have analyzed the fear of clowns that exists in contemporary American culture. We know it exists, but our experience and understanding of clowns are that they are authentic and intelligent artists who have a gift to connect with the raw emotions of the audience. Clowns undertake years of training including, physical theater, circus arts, creative performance, studies abroad, and the examination of philosophical and humanities texts. The red nose is an opportunity to conjoin with people. It helps establish a safe space where laughing at our human frailties and life’s ironies is encouraged and accepted.

So what are the origins of the fear?

Katie Rogers looked to Dr. Schlozman, a child psychiatrist, for a possible answer in her New York Times article. Dr. Schlozman says it’s the exaggerated features of the clown that sets off warning flags. Perhaps there is truth in this reasoning, but the article falls short of doing any justice to the possible explanations behind the fear of clowns. 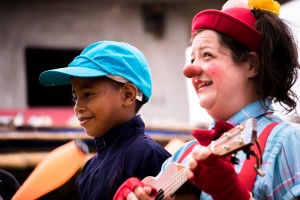 It can also be scary when someone uses exaggerated makeup as a mask to hide behind and to suppress his identity. To “dress up as a clown” is not the same as being a professional clown. In fact, Katie Rogers’ article mentions sightings of people in “clown masks.” It raises an important question: Are people afraid of clowns or are they afraid of masks in general and who or what may be hiding behind them

At Clowns Without Borders our performers adapt their makeup and clothing to their specific audiences. Sometimes they don’t wear any makeup; occasionally they don’t wear red noses at all. They are part of an ancient a 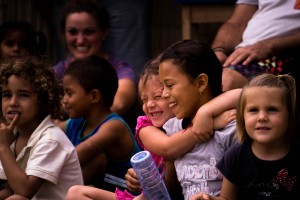 nd universal tradition of performers who make us laugh through their naiveté, awkwardness, and poetry. Their costumes, physical demeanor, expressions, and often the red nose, are a mask. But theirs is an open and honest mask that allows their character to shine through so that the audience knows who that character is and can laugh along with all of its antics.

Therefore, we humbly implore you to consider what it means to be a real clown. Learn what they do; why they do it; the education and training involved, and recognize that many are humanitarians deeply concerned with promoting the Universal Declaration of Human Rights.

All over the world, there are many initiatives where clowns endeavor to build resilience through laughter. Regardless of the current “creepy clown” phenomenon, they will continue to do so, because, as the famous American musician Victor Borge said, “Laughter is the shortest distance between two people.”