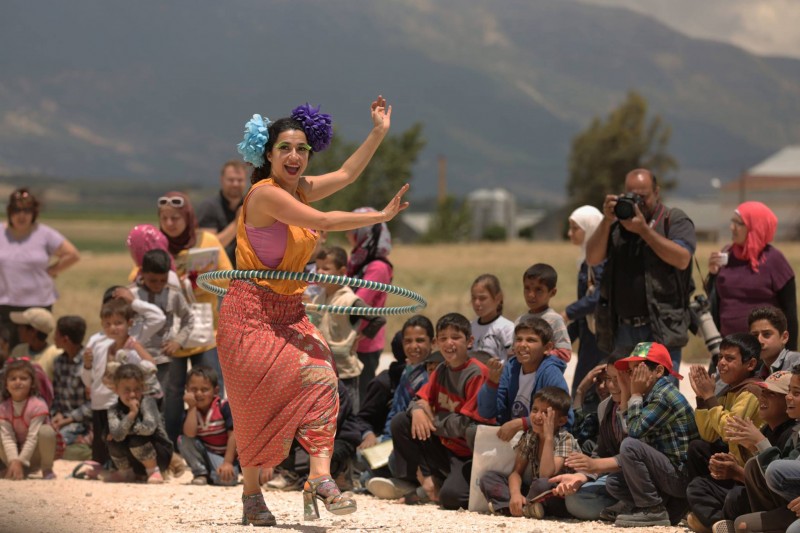 Lebanon has the highest number of refugees per capita in the world. One in five people living in Lebanon is a Syrian refugee. Lebanon currently hosts 1.1 million people. CWB-USA began working at refugee camps through the country with volunteer Sabine Choucair and her clown troupe, Clown Me In. We hold free performances and workshops, including explosive ordnance awareness training to teach children how to avoid mines and other explosives.

With a history of refugee groups like the 500,000 Palestinian refugees who have lived in Lebanon for over 60 years, Lebanon has remained cautious of creating permanent shelters. With no formal refugee camps by the Lebanese government, Syrian refugees have relied on civil society groups and locals for informal placement. Syrian refugees, in consequence, are scattered all over Lebanon some in informal refugee camps, and others in local home-stays.

Lebanon is a prime example of political and civil sectors trying to create alternative strategies to refugee camps. However, on top of cultural tensions and extreme poverty, Syrian refugees are left with limited options when entering the country. Recently the Lebanese government has made visas mandatory, which has significantly lowered the number of Syrian refugees coming in and allowed to stay in the country for prolonged periods. Syrian refugees are not permitted to work yet have visa fees, rental agreements, and municipal taxes that they may be subjected to pay. This has made Syrian refugees vulnerable to abuse by landlords and fearful of conviction by local police.