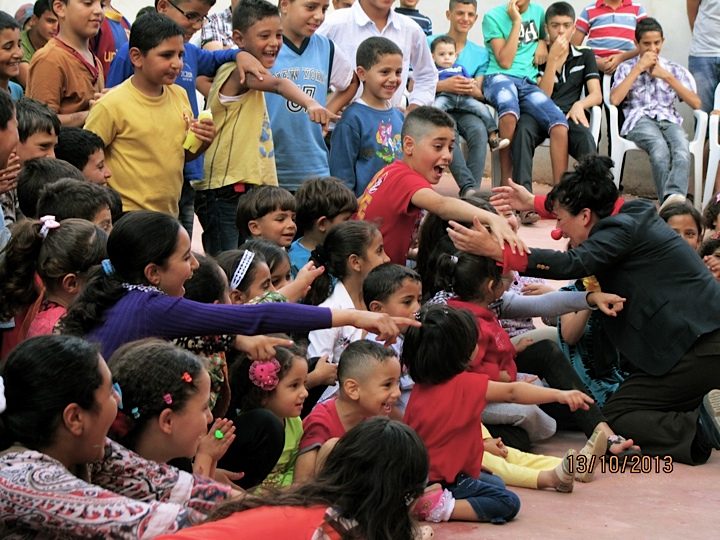 Palestine is a land of the three monotheistic faiths. This intersection of faiths has contributed to the nation’s rich and sometimes turbulent history. During much of the twentieth century, and now in the twenty-first, this region of the world has been embroiled in what’s known as the Israeli-Palestinian Conflict, a struggle over which state gets control of what land, and how the land is controlled. Two wars, in particular, started what has become a catastrophic refugee situation for Arabs living in Palestine. The 1948 War and the Six-Day-War of 1967. During both, Israel defeated Palestinian militia and took control over more of Palestine’s land. Those two wars combined created 1.5 million Palestinian refugees. There are 7 million Palestinian refugees today. Clowns Without Borders toured refugee camps. It also included building and reconstruction work, protective presence activity, guided walks, home-stays, interactive workshops, performances, educational talks and cultural events.

Clowns Without Borders International has been a consultative partner of UNESCO since 2015. As such, CWB-USA follows the U.N. naming conventions. This is especially noticeable in reference to Myanmar, Palestine, and South Sudan.