Clowns Without Borders International has served as a consultative partner of UNESCO since September 2015. This September, CWBI joined “Another Perspective on Migration,” an international forum of NGOs in official partnership with UNESCO. CWBI participated in a panel about resilience, education and the United Nations Declaration of The Rights of The Child. Anneli De Wahl, a performing artist for CWB – Sweden and Treasurer of CWBI, discussed the forum with Naomi Shafer, Executive Director, CWB – USA.

The more involved I am with Clowns Without Borders, the more passionate I become.” Anneli De Wahl, CWBI Treasurer and performing artist 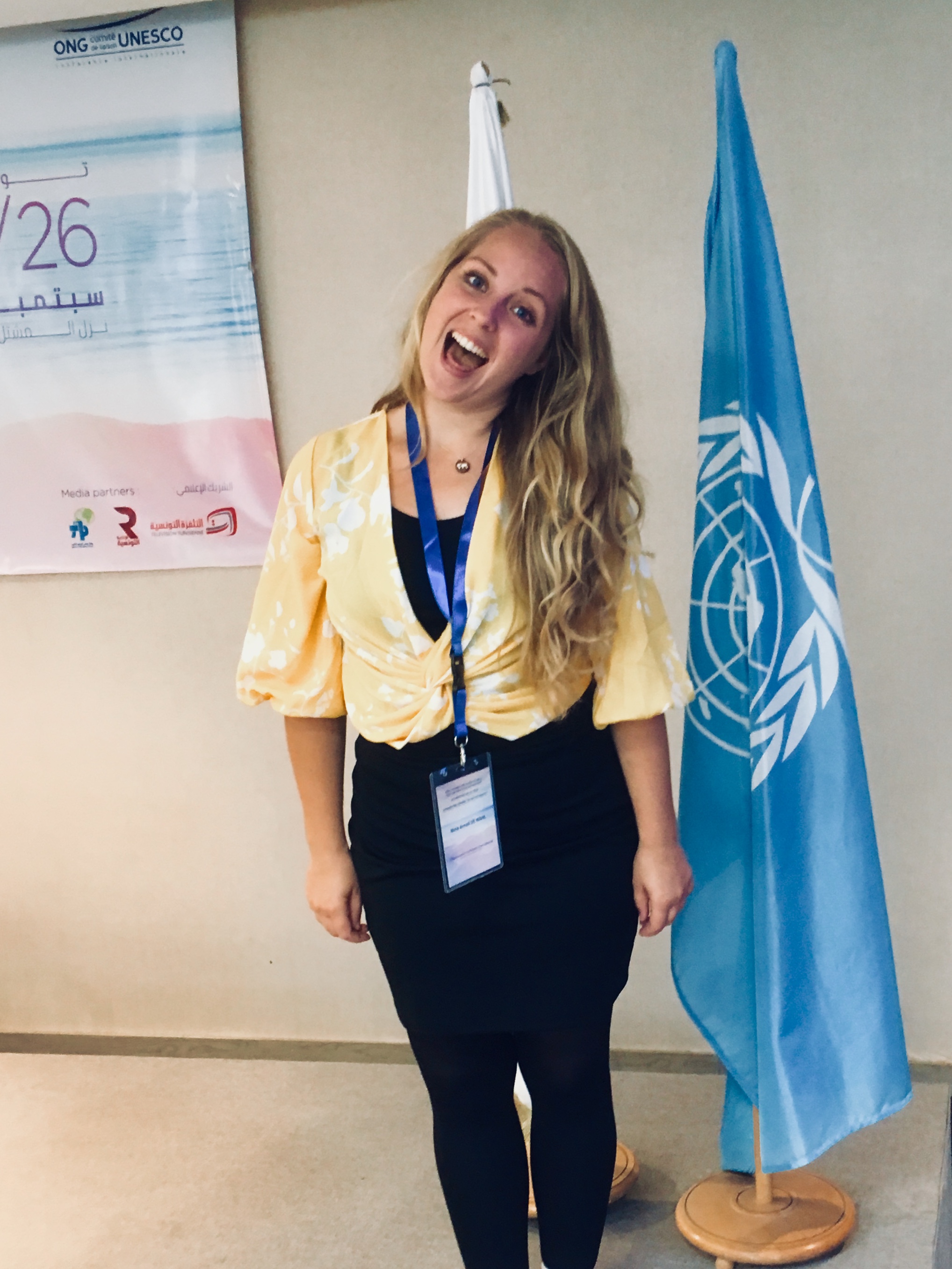 Naomi Shafer: What is your favorite CWB story to share?

Anneli De Wahl: My favorite thing to share is laughter’s real impact on resilience, and the power of making people happy. Our tools allow people to feel like people.

When I shared this annecdote during the presentation, I could feel the audience sigh. It was a nice bubbling sound. The entire forum happened in Arabic, French, and English,so everyone had headphones for the simultaneous translation. Even with these headphones, I could hear the room sigh. Laughter can cross languages.

NS: Is there a specific project you highlighted?

ADW: I showed the video from CWB – USA’s Balkan Route tour. It clearly demonstrates what we do. With a show, we can transform any place into magic and the rest of the world is left outside. Words can only take you so far. I wanted to show the video to let the work speak for itself. Throughout the forum, people asked, “How do we make sure that migrants are treated like regular people?” That’s what the clown does all the time! It’s accomplished by playing together with the children, as equals. Another story I like to share is about one of Sweden’s tours. When the clowns arrived, the kids were playing by throwing stones at each other. The clowns picked up the stones and started juggling. Then they taught the kids how to juggle with them. It was a transformation of a stone from weapon to art.

Something we often forget is that the shows give people living in a camp something else to talk about. Instead of talking about what they have lost, or what separates them, it’s a chance to talk about what is shared.

NS: Is there anything that happened at the panel that changes how you think about our work?

The topic was migration, but there’s such diversity in what it means to be a migrant. You may be a refugee, an economic migrant, a migrant by choice, or by force. It’s so easy to say “the migrants.” But the term is so big. And to talk about it is so big, too.

NS: What surprised or inspired you?

ADW: What really inspired me was that even if all of us have a different approach for addressing migration, we want the same thing. There is power in these 60 NGOS from all over the world wanting to make a difference. There was a feeling of community among the NGOs

There was an interesting conversation about the media’s role. In Europe, Â migrants are frequently portrayed in a really bad way. So I mentioned that CWBI always shows the smiling child. It gave me a new perspective of the importance of our photo guidelines.

NS: What’s Next for You?