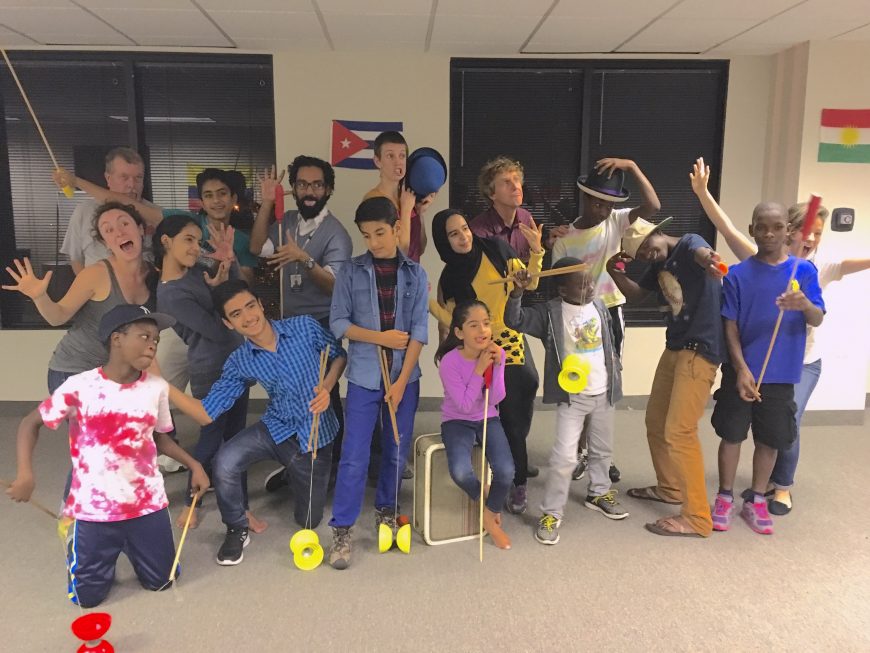 When are you going to Texas? Should I just get in my car and drive to the camps? What can I do to support these kids?

These types of inquiries have flooded our inbox for the past few weeks. We try to answer some questions here, knowing full well that for many, our answers may be unsatisfactory.

Why aren’t you performing for the children who have been separated from their parents?

Children who are currently held at temporary camps in Texas (and elsewhere) are under the jurisdiction of U.S. Customs and Border Protection. Access to the children is limited to CBP personnel and legal counsel. Even the American Red Cross has been denied access, making the camps more impermeable than refugee camps in warzones. CWB – USA does not have access to the camps. If we are able to make contact, and are invited on a tour, we will go.

When are you going to Texas?

We have been in touch with Refugee Services of Texas, a former project partner, for the past few weeks. Refugee Services (in Texas and every other state) works with refugees, including undocumented minors, who have refugee status within the U.S. In November 2016, CWB – USA toured to Dallas, Texas, and performed for members of these communities. The three-person team taught physical theater and circus to three different groups within the refugee community in Dallas. The tour’s second focus was to help adolescents and adults work through language barriers and connect through physical movement and play. Dallas receives a high number of refugees, mostly from Syria and Congo. CWB – USA has also led multiple tours at St. PJ’s in San Antonio, Texas. St. PJ’s houses children who are victims of abuse and neglect, and its International Program is a government-funded, Health and Human Services approved, facility that cares for a large number of unaccompanied migrant minors. These children have crossed the southern border of the United States, fleeing unspeakable violence in Central America. They reside at St. PJ’s while awaiting their court dates, deportation proceedings, or entrance to the foster care system. We hope to return to Texas this fall in partnership with Refugee Services of Texas. 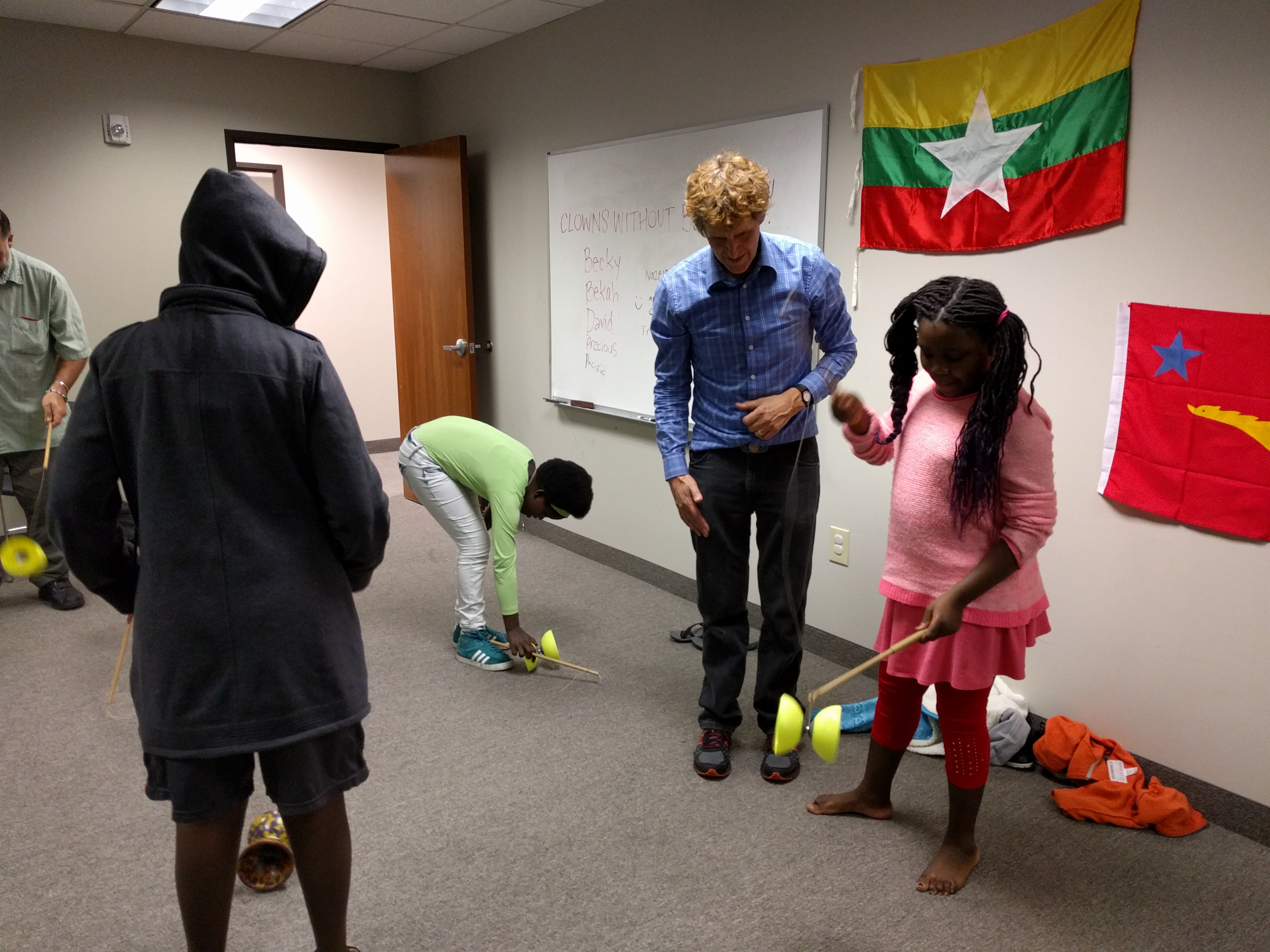 Should I just get in my car and drive to the camps?

One of CWB – USA’s core values is to only go where invited, and to always work with a partner. For us, filling a van with clowns and driving to the camps would be outside of our Code of Ethics. Having a partner and an invitation is essential for the safety of our team and our audience. We welcome an invitation from Customs and Border Protection, and also any local organization working with refugees within the U.S.

Sometimes after receiving an invitation, we can mobilize a team within weeks. Other programs take longer to plan. In August, we will be performing in Guatemala, for those impacted by the recent volcano eruption.

What can I do to support these kids?

We are inspired by the words of our project partner, Chris Cambises, of Refugee Services Texas: “If you are feeling feeble, take comfort in knowing that from Fairbanks, Alaska, to Miami, Florida, and everywhere in between, there are Refugee Services Agencies. Every community has refugees in it, along with organizations to support those people. You don’t have to look far to get involved.” Click here for more information about refugee resettlement in your state.