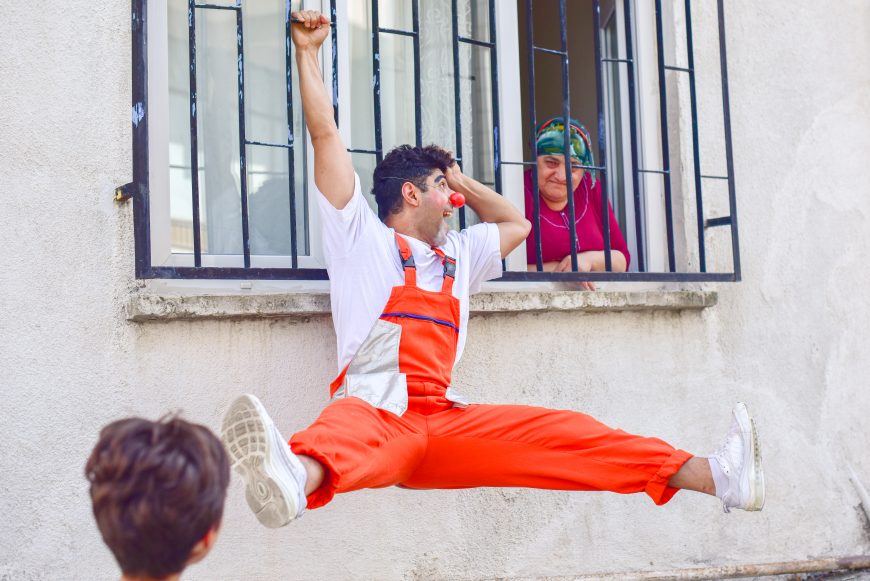 This week, we are spending a bit more time with Güray Dinçol to learn about his vision for creating Clowns Without Borders – Turkey.

İstanbul Municipality Cultural Department asked me to do this project in İstanbul Ghettos. These neighborhoods are like a small copy of Turkey, and reflect the country’s population and struggles.  We performed in neighborhoods where homeless, refugees, Kurdısh and Turkısh people live together with very low quality of life.The manager of the Cultural Department remembered the tours that we performed with Clowns Without Borders. He had also watched the short documentary that we did. The idea for this program came from the seed of CWB. Right now it is being realized on the streets of İstanbul.

So far, we have performed in 80 locations. I recognize the was the same sense, same work, and same feelings as the tours we did with CWB USA. The poverty is the same. The violence on the streets is the same on the streets. There is a big drug addiction problem for kids and young people. There is more racism than ever in Turkey. There are thousands of child workers and child brides. People forgot to smile. We have the big depression and chaos of the middle east in our neighborhoods.

This great adventure inspires me to dream about CWB Turkey again. 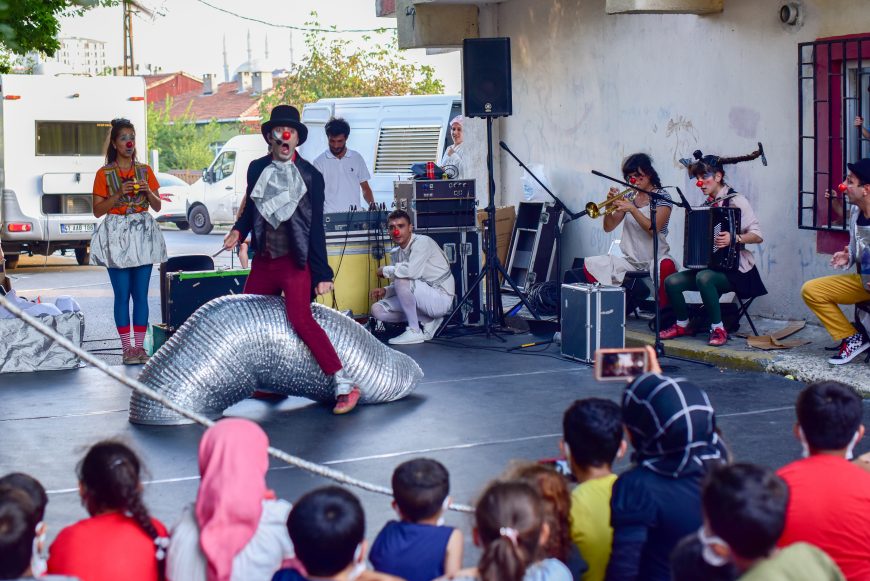 The vision of Clowns Without Borders – Turkey

We can create performances similar to the ones that we did with Clowns Without Borders. We will perform in the streets, districts and refugee camps. Right now we have a community of musicians, circus artist, actors and dancers. They have clown training from many different schools.

We will organize workshops for the trainers or NGO employees. We can offer different contents with respect to the demand in the field. Clown work, physical story telling, improvisation, drama, play workshop (sharing the plays or theater pieces that can involve children with the trainers), workshop on communication skills with children or a complete new format in accordance with local needs. 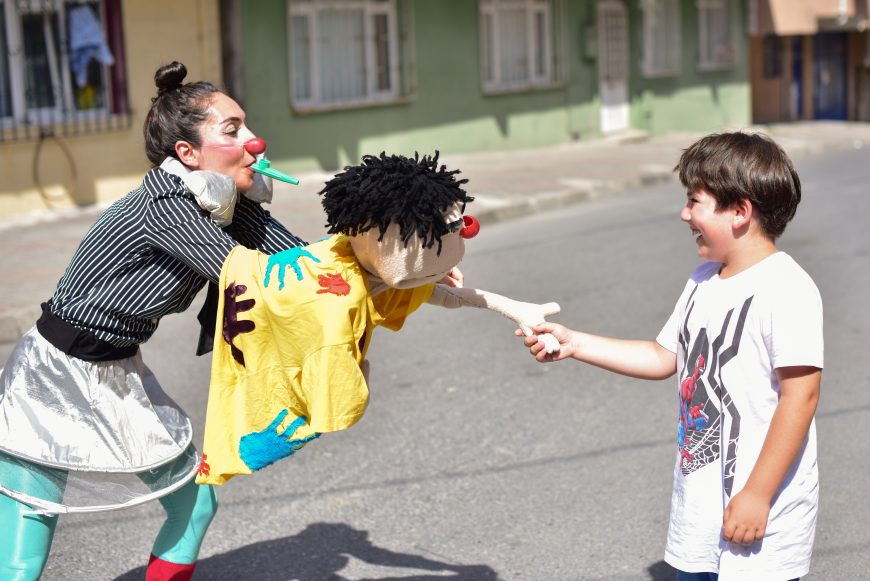 There are many issues of violence and displacement that especially impact women. In Turkey, there are places where men and women are separated, and women don’t always have the same access or rights. We will offer workshops specficially for owmen, especially in improvisation and forum theater.

We wills share the joy of circus by creating workshops for children.