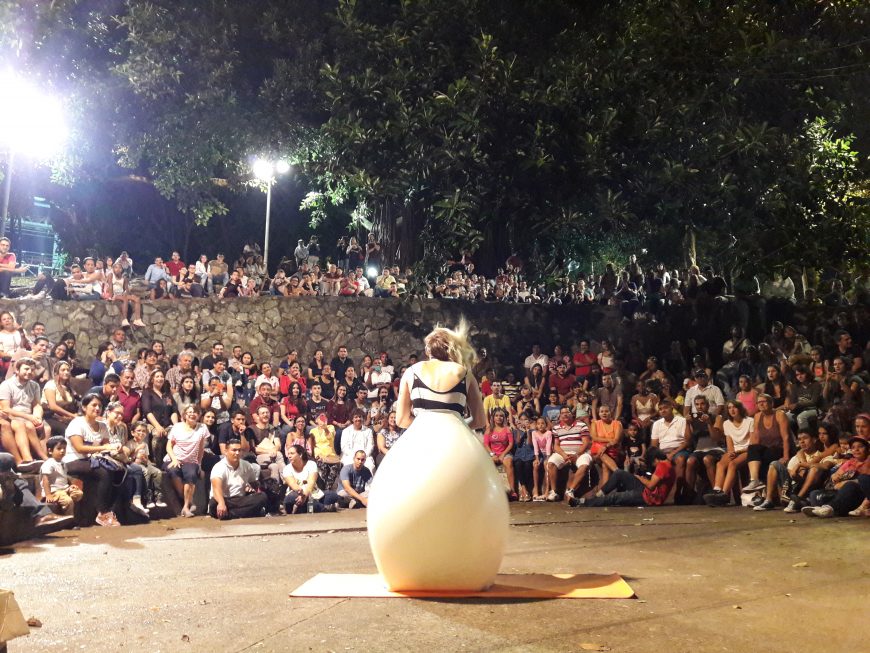 About the series: Have you ever wondered what it’s like to work with Clowns Without Borders? Join us, as each week we feature an artist to hear more about their philosophy and their favorite moments of working with CWB.

One of Robin’s favorite photos of herself with CWB is from a program in Harare, Zimbabwe.

This is a photograph of three very strong women. Today we did a show in a children’s cancer ward in Harare and you would never, ever know it if you weren’t told. This was the most intimate show on the tour so far, performed in a patient room that had been cleared out of equipment then re-filled with 16 kids and their families and doctors. There would be more kids, they said, but the doctors are on strike right now and they had to send a lot of kids home. We don’t always get much information on what people are dealing with when we arrive at a performance site. Sometimes we know general things like they’ve lost their homes in the cyclone, or they’re orphans, or like this little girl, they’re struggling with cancer. But we don’t know their individual backgrounds and what kind of energy and trauma they’re showing up with that day. So we tread lightly, and focus on play and human connection. And what we find is that when we can pull people into the world of clown, they are so full of lightness and joy. You can see very clearly what each of us is thinking about in this photo, and it’s not treatments or medicine or pain. And for this moment, that is all we need.  – Robin Lara 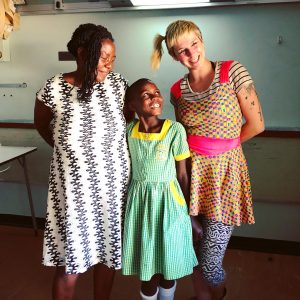 *Side Note, when Robin Lara says balloons, she means BALLOONS! She performed with giant balloons that she can fit her entire body into. 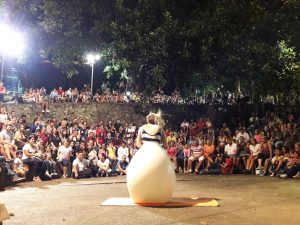 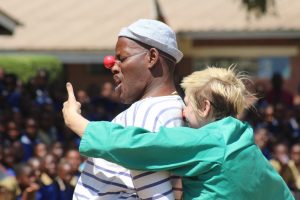 Watch this video of Robin performing in Haiti in 2010.

Read Robin’s reflections from being on tour in Zimbabwe, and performing for audiences of many sizes.