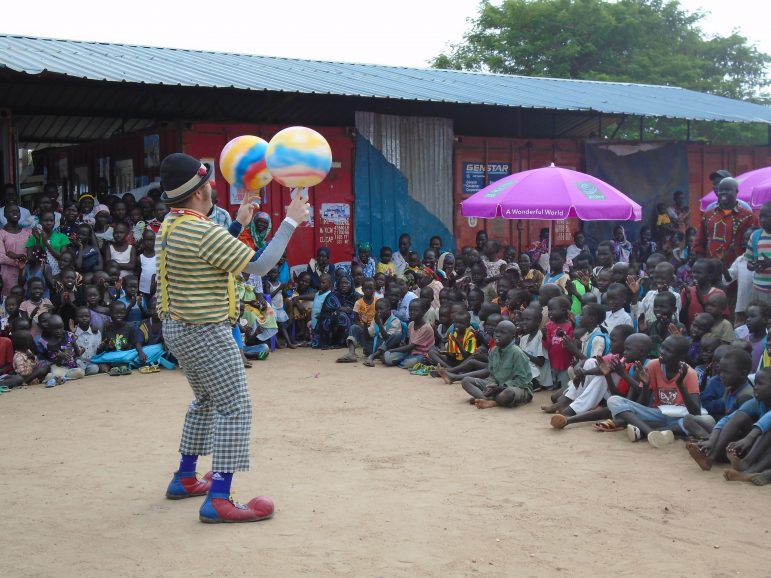 Language surrounds us. Contemporary rhetoric is constantly utilized, from conversations to the media, to debates, to institutions, to water-cooler chats, to political discourse, and to novels. It is a necessary part of our society, as society progresses through the diversity of opinions on topics. It allows individuals to hear multiple sides to one issue and change public opinion on others. However, recent studies, (http://nber.org/papers/w22423), have portrayed rising polarization in political rhetoric in the past few decades. Some persuasive rhetoric often champions social divisions or violence against certain minorities and populations. Such language affects not only adults, but children as well, who hear the opinions of their parents, teachers, classmates, media, etc., and base their actions off of what they hear.

An infamous experiment was made in 1968 by Jane Elliot, a third-grade school teacher in Riceville, Iowa, in which she separated the class based on eye color – blue or brown – and proceeded to tell the students that one eye color was better, and demeaned those who had the alternate eye color. The students quickly caught on and began to discriminate against the students who didn’t have their eye color, regardless if they had previously been friends. Learning materials and more about the experiments are located at http://janeelliott.com.

Children are extremely sensitive and open, as they learn by examples given to them by adults. If social behavior promotes the inferiority of some individuals, kids will learn that those people are inferior, regardless of whether it is true or not. If society portrays minority groups as inhuman and violent, kids will learn that these groups are dangerous and less-than.

Every single person is racist. Every person is biased. These are not placements of blame, or guilt, but simply the consequence of living as humans in our society. It is a natural instinct to make preconceived opinions on outward appearance and differences because survival is based on making split-second decisions on whether something is safe or not. As much as I would like to believe that I am not, I too am racist. I, like everyone else immediately conclude a person’s trustworthiness the moment I see her, without allowing her to pronounce a word.

However, our humanity comes from the ability to assess and change those split-second formulations of an entire person’s identity solely based on their appearance and cultural background. And language, the words we write, say, or hear, is easy enough to change merely by processing it before speaking it. We can encourage this awareness in young people. The rhetoric of hate, fear, and lack of understanding can and must be changed to one of compassion, love, and respect. It is vital that kids do not learn the prejudices of the previous generations.

What is the best way to dispel false notions of people and allow for a more open, interconnected society? Laughter. Clowns Without Borders is always utilizing laughter to create more interconnected, healthy, and positive experiences for groups in underprivileged parts of the world. If we play together, we can do many things together. If you need a bit scientific evidence for the multitude of benefits that laughter gives, I recommend starting here:
http://www.webmd.com/balance/features/give-your-body-boost-with-laughter 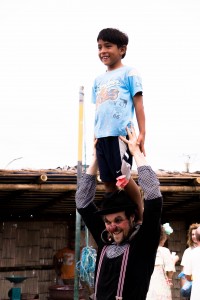 Even as Clowns Without Borders offers programs far away from home, we see that the United States is undergoing significant tension and unrest itself. It is for this reason that we have created ‘Take Laughter With You’ a cross-cultural teaching resource, and made easier with play. Click here to learn more.

Children need to have the opportunity to inherit respect and understanding for other cultures, as well as the ability to understand that despite social constructs, little separates us as individuals. The most human way for kids to accept this is what kids do the best: Play and laugh.

Laughter has a language. It is a vocabulary of compassion, humor, and joy, and is understood and shared by every single individual across the world. It does not discriminate between color, culture, political parties, or social standing. It is universal.