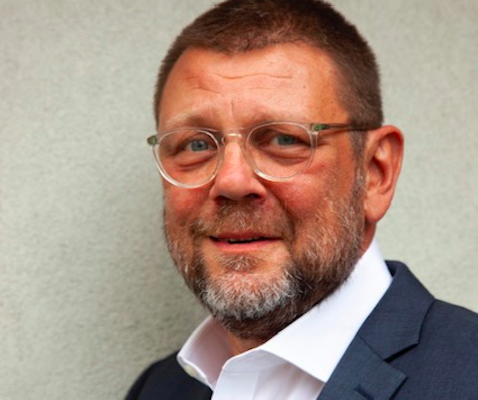 Michael (“Michi”) Jakob was born and raised in Germany. He moved to New York City in 1997, after many stops and adventures around the globe. Michi has since settled in the city, where he lives with his wife and their three children, as well as two English labs

Michi graduated from Trent University in Peterborough, Canada with a bachelor’s degree in Business Administration, and holds a MPhil from The University of Cambridge, England. He is a Managing Director for Credit Suisse, focusing on debt raising in emerging markets. Michi has lived, studied and/or worked in Germany, the US, Canada, England, Costa Rica, Argentina, Indonesia and Spain. He is fluent in three languages: German, Spanish, and English.

Michi and his family split their time between New York and the Hudson Valley. He is involved in alumni activities for both his undergraduate and graduate universities. He enjoys comedy and clowning, and periodically attends classes and workshops in his spare time. Michi also practices yoga, is an avid cyclist (#fitfatandfiftyfive) and, lastly, a pyromaniac. 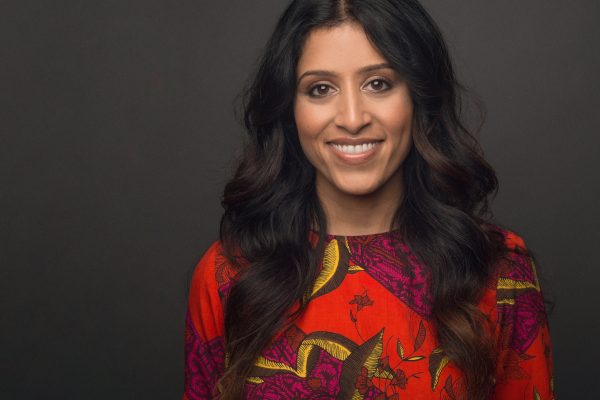 Amrita Dhaliwal is a very serious and important person based in Los Angeles, CA. She is also a comedian, actor, educator and hospital clown. Amrita devises work that explores our humanity, the profound, and the mundane. She currently performs in several improv and variety shows, including “The Living Room,” and John Gilkey’s “The Murge.” Amrita also co-produces, writes, and hosts the hit L.A. show “Indian Wedding.” You can read more about her work on her website.

Amrita is a graduate of the The School for Theatre Creators, a Lecoq-based physical theater program. She has trained extensively with Paola Coletto, Aitor Basauri, Philippe Gaulier, and Clown School L.A., in addition to her training in traditional theater and improv/sketch comedy. 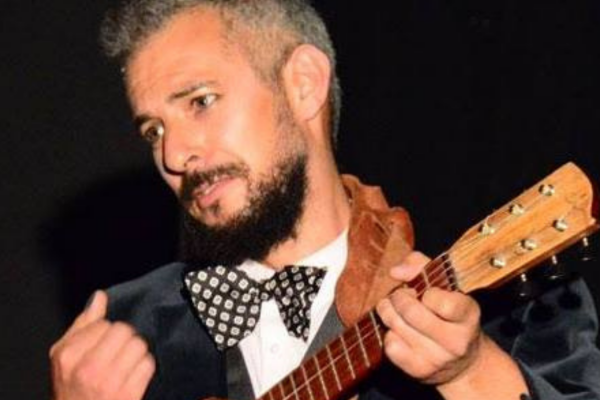 Eric performs original comedic music and physical theater for kids and adults at libraries, schools, and homeless shelters in the Bay Area. He was featured at the San Francisco Comedy Festival (SF Sketchfest ’16, ’17, ’18, ’19) and has led theater for social change workshops in prisons, with Colombian refugee youth in Central America, and in schools throughout California. Beyond theater, Eric has a 15-year career working with nonprofits at the UN Refugee Agency (UNHCR), Salsa Labs, Groundswell, Community Matters, and currently with Engaging Networks. Eric joined his first Clowns Without Borders tour in December 2019, performing for Venezuelan migrants in rural Ecuador. Learn more about his work on his website. 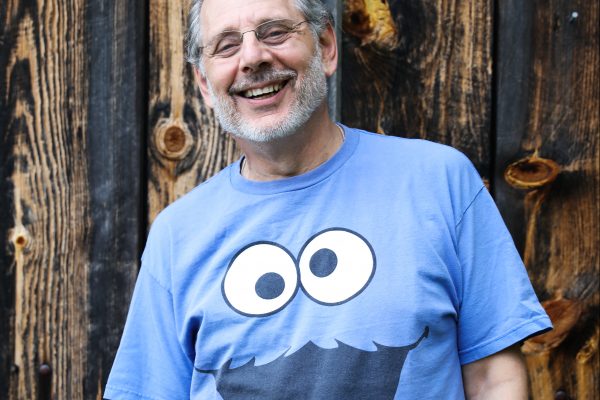 David M. Rosenthal has been a family therapist, faculty member and executive director of a harm reduction center. He has given academic presentations all over the world and has written a number of professional publications and books. David received his Ph.D. in Counselor Education from the State University of New York at Buffalo. He is currently an Associate Professor and the Director of Management Programs in Health Policy and Management in the Mailman School of Public Health, and a behavioral faculty member in the Center for Family and Community Medicine, Columbia University Medical Center. Over the past years he has also been a board member and president of a number of non-profit boards. 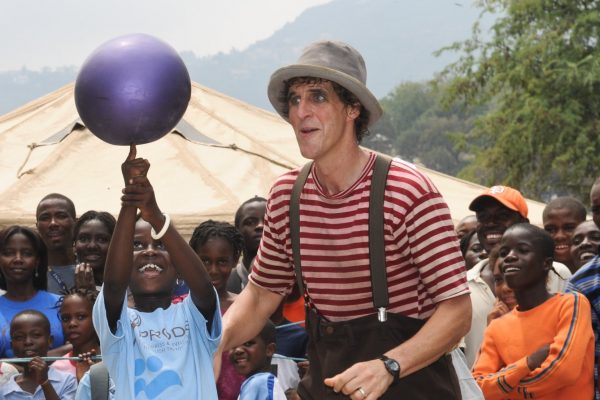 David Lichtenstein has been a professional performer specializing in street, clown, and variety theater for over 25 years. He has performed his one-person Leapin’ Louie Comedy Show at festivals, theaters, and other events in 28 different countries across five continents. He’s also part of Wanderlust Circus in Portland, and he has written reading encouragement- and science-themed shows that he performs at tons of schools and libraries. David has performed with CWB – USA in The Balkans, Colombia, Haiti, and Mexico. 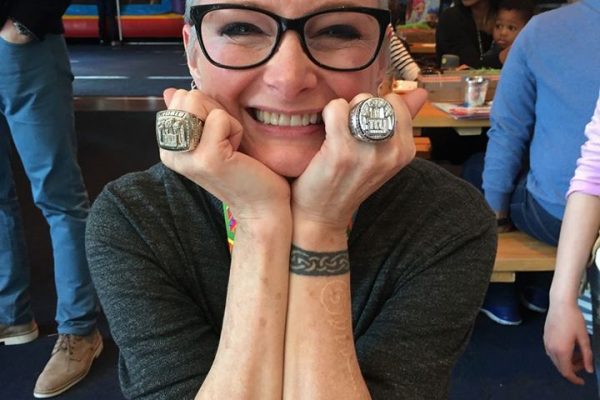 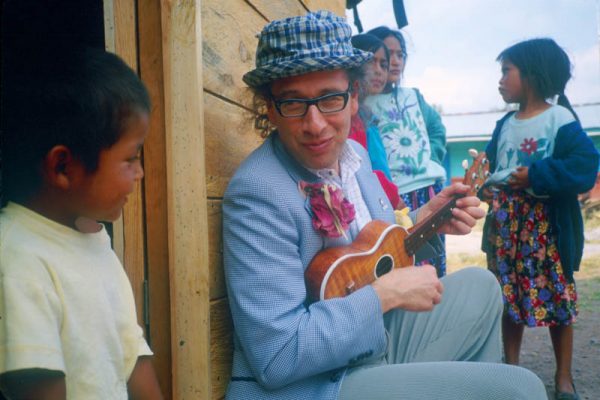 Moshe Cohen, a.k.a. Mr. YooWho, is the founder of Clowns Without Borders – USA. Since 1987, he has performed in Burma, Kosovo, South Africa, Nepal, Guatemala, Haiti, Croatia, Chiapas (Mexico), South Sudan, and Baton Rouge, LA. Moshe continues to perform and teach internationally. Over the past 25 years, he has given over 2000 performances in over 30 countries. He teaches workshops exploring the expression of personal humor through physical theater and contemporary clown. Moshe has most recently performed with CWB – USA in Guatemala. 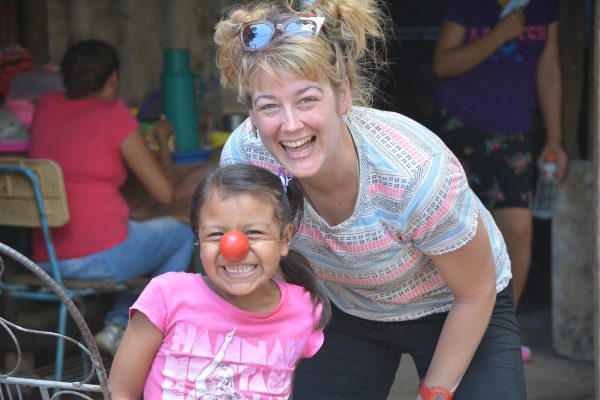 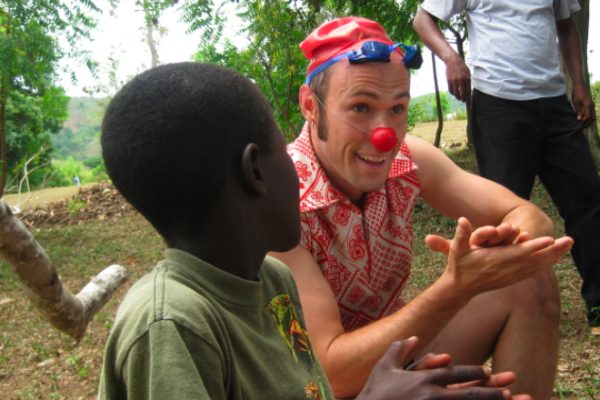 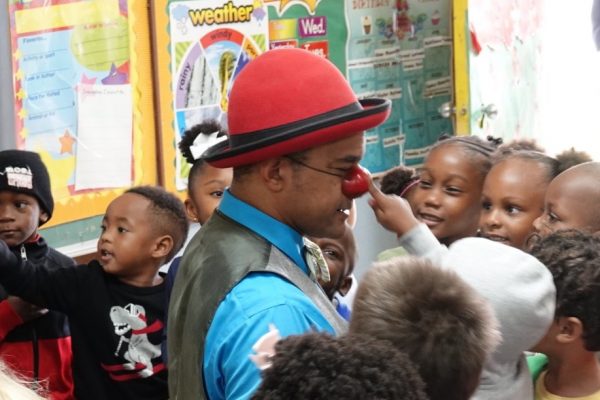 Meredith Gordon is an artist working with live performance, clowning, theater, and music. He worked as a medical clown for 20 years, first with the Big Apple Circus Clown Care and now as one of the founding members of Humorology Atlanta. Since 2001 Meredith has been a social circus coach with Cirque du Monde and now with SoCirque. He is a 2019 recipient of the Tanne Award, which recognizes outstanding achievement by an artist. Meredith performed with CWB – USA in The Bahamas. 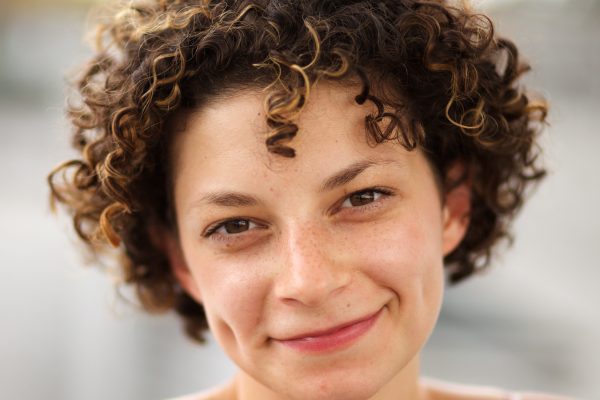 Marisol Rosa-Shapiro is a theater artist, educator, group facilitator, clown, and creator of original works of theater. She has recently appeared onstage at the New Ohio Theatre and in several Spellbound Theatre productions in NYC. Marisol is a founding member, performer, and writer for Adventure Theater Live!, producing interactive, Zoom-based shows for young people. She is a teaching artist at The New Victory Theater, and has served in a similar capacity for at least a dozen theaters and arts organizations across the country. Marisol recently served as Director of Community Engagement for Philadelphia’s Shakespeare in Clark Park, and is part of the steering committee for TYA/USA’s new BIPOC affinity group for artists and administrators creating theater for young audiences. Marisol has been a proud volunteer artist on three projects with CWB – USA, all concerning the U.S./Mexico border. Keep up with her most recent work at marisolmakes.com.