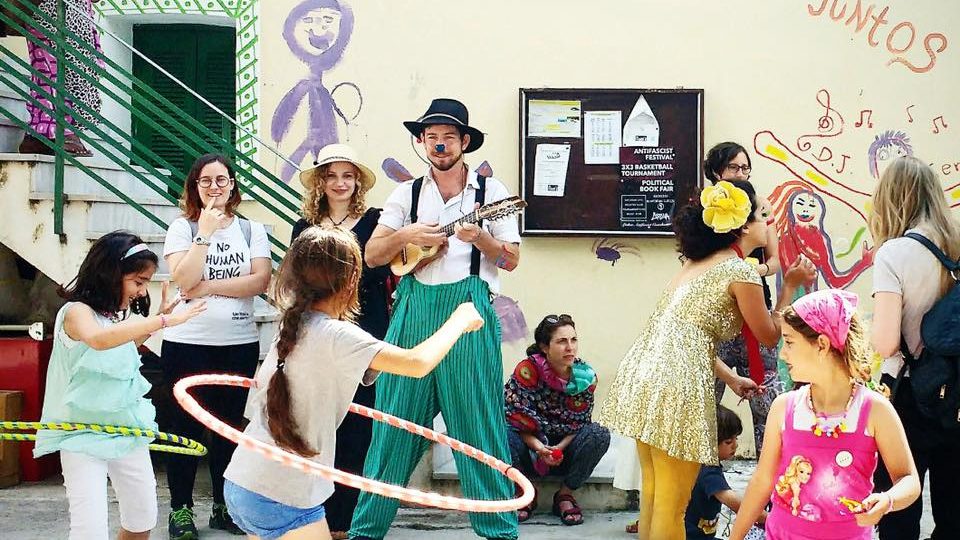 “Today, these resilient kids bring me endless joy in only a few minutes’ time. I hope we do the same for them, too.”

-Sabine Choucair, Clown Me In founder and performing artist

In May 2017, Clay Mazing and Sabine Choucair traveled the Balkan Route on a very special project. The Route to Connect project was organized by Service Civil International, who graciously invited CWB to travel with them. CWB jumped on board to spread joy and laughter while the SCI team collected stories from refugees.

Thousands of refugees walk the Balkan Route, traveling from Greece, through Macedonia, Serbia, and Slovenia, in the hopes of getting refuge in the European Union. Many are still stuck there. Route To Connect was a project of SCI. It was supported by European Youth Foundation and focused on spreading awareness about the refugee situation along the Balkan route, giving a voice to the stories of refugees, and empowering young people to take action. The project was part of the Building Bridges campaign. Route to Connect included a preparatory seminar in Spain, a trip to the Balkans, and local follow-up events across Europe until the end of 2017. The aim of the project was to build bridges between Europe and incoming refugees, promoting a more inclusive and peaceful society.