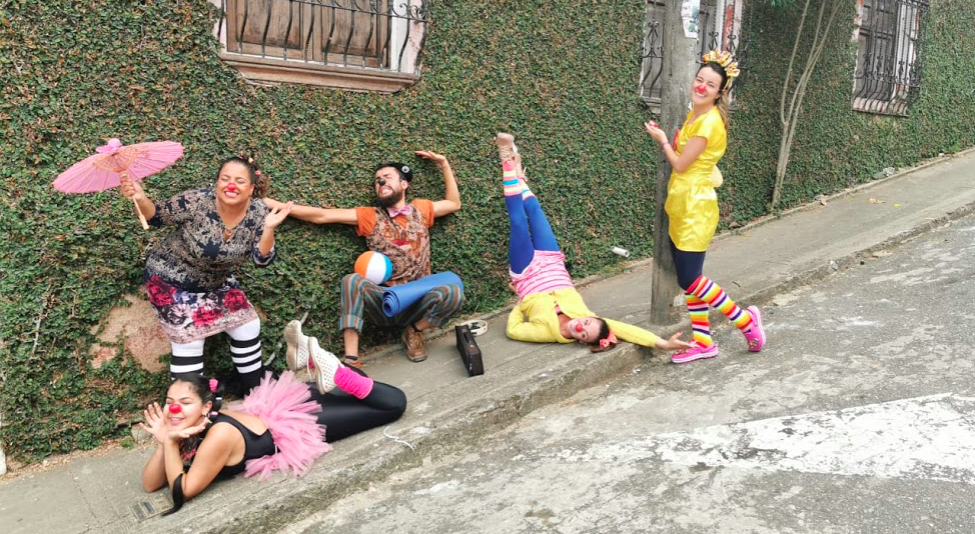 CWB – USA is returning to Colombia to partner with CaliClown and Save The Children. The tour has two goals: capacity building for Colombian clowns and relief for Venezuelan migrants living in Colombia. Clowns Without Borders will lead a workshop to share tools for creating a CWB-style show. This includes non-verbal physical comedy, mask work, and ensemble show development.

For the second half of the tour, the clowns will create an original clown show, to perform at Save the Children’s sites throughout Cali and Arauca.

CWB – USA’s partnership with ClownEncuentro provided the springboard for our collaborations with CaliClown. Partnering with local artists and organizations is essential to CWB’s work.

Due to political and economic unrest, Colombia now hosts over 1.2 million Venezuelan migrants and refugees. Political instability, food shortages, and other factors causing Venezuelans to migrant show little signs of subsiding, which creates the need for long-term solutions for Venezuelan refugees and Colombian residents.

CaliClown is a humanitarian clowning organization based in Cali, Colombia. They work in hospitals, favelas, and rehabilitation centers. For this tour, we will be working with David Argüello and Yomara Rodriguez. has been clowning since 2013. He is a musician and brings his wild clown energy to all of his work! has been working with CaliClown since 2013. She is a master costumer and is CaliClown’s high fashion clown.