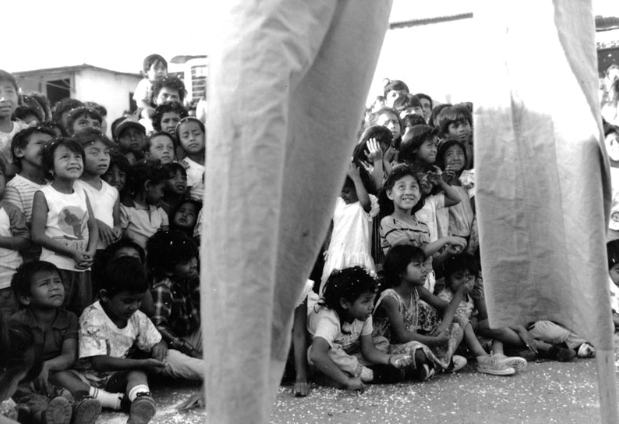 “The show is good fun, and afterwards the kids dance with Ramon’s giant puppet and scream with delight as they chase my bubbles.”

The shows and workshops were organized for people living in the slums of Guatemala City, and in the areas affected by Guatemala’s civil war. The clowns traveled to the highlands of the Ixil Triangle, and worked between there and the capital city.