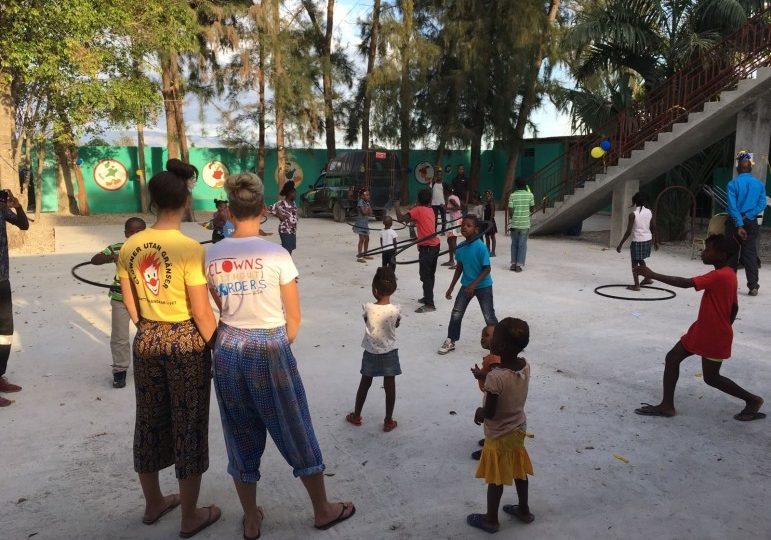 “Konbit has a few meanings Haitian Kreyol. Sometimes it’s used as a verb, and means “to put your hands together.” Other times, it’s a noun, meaning, “communal or cooperative labor.” The essence of konbit is community and equality. We made sure our December project was organized around the principles of konbit.”

CWB’s final tour of 2016 was in support of Hurricane Matthew relief in Haiti. Two months after the hurricane hit, our local partners reached out and asked us to bring a performance tour. We were surprised. We wondered if it was too soon and whether people would want to see a show. We didn’t know if we would be able to travel or if Haiti’s infrastructure would be safe for CWB artists.

CWB does not offer first-responder aid, so we often visit crisis situations in which the immediate survival needs have been met. That said, CWB stays prepared to respond to emergency situations, should we be invited into one. The Haiti 2016 tour required flexibility, but we are so happy we could respond.

When CWB arrived in Haiti, we saw that while the hurricane relief effort was tremendous, many people were still without basic services. Our local partners told us that laughter was needed too, especially during the holiday season. Planning this tour required several weeks of assessment, but we were thrilled to share laughter and levity with communities in different regions of Haiti.

This tour was led by performer and veteran CWB – USA clown Chris Yerlig. He was joined by Naomi Shafer (USA) and Camilla Rud (CWB – Sweden), in collaboration with many of our Haitian artist friends. Our multi-lingual artists utilized their skills for this trip and spoke French, English, Haitian Creole, and Swedish, ensuring clear communication. The artists are experienced performers, mimes, jugglers, and musicians.