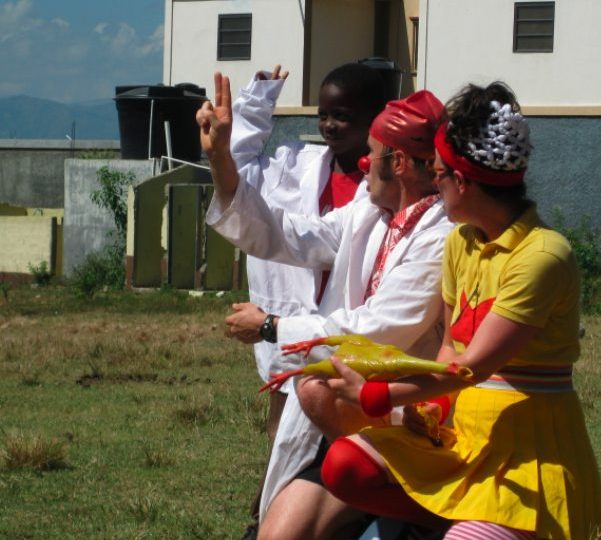 Situation: In August 2009, Clowns Without Borders returned to Haiti. This time CWB explored a new area and traveled north to the second largest city in the nation, Cap-Haitien. Partnering with Sonje Ayiti, CWB performers performed in rural areas for small groups of children, at orphanages, churches and community centers. During the second week of the project the group returned to familiar audiences in and around Port Au Prince, including four performances in the slums of Martissant and Cite Soleil. The volunteers also worked to strengthen relations and seek out the needs of the local youth organizations to lay the foundation for future projects.