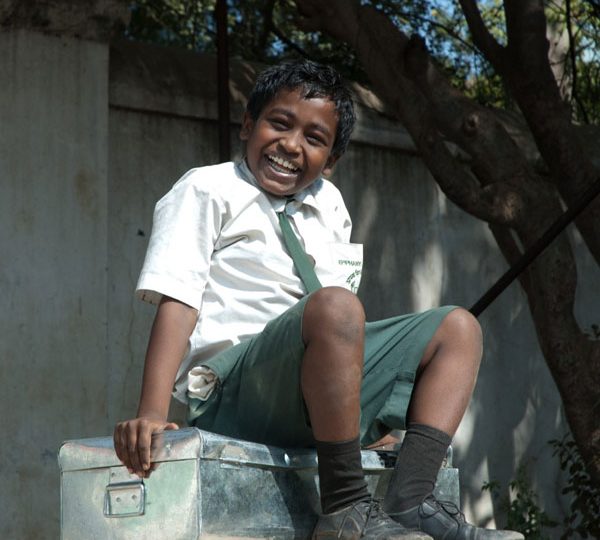 Clowns Without Border’s Project Muskurahat (India) traveled to India in December 2009 to work and clown with three different populations.  First the group will focus on children and families affected by HIV/AIDS.  India has 5.7 million people living with HIV/AIDS. India is the country with the second highest incidence of HIV in the world, having an estimated 220,000 children infected by HIV/AIDS. It is estimated that 55,000 to 60,000 children are born every year to mothers who are HIV positive.  Without treatment, these newborns stand an estimated 30% chance of becoming infected during the mother’s pregnancy, labor or through breastfeeding after six months.  There is effective treatment available, but this is not reaching all women and children who need it.  Project Muskurahat workedwith grass roots NGOs in both rural and urban areas where HIV/AIDS care and amenities are not as widely available to this demographic.

The group also worked with children who live on the streets and children of migrant workers: With an estimated 12.6 million children engaged in hazardous occupations (2001 Census), for instance, India has the largest number of child laborers under the age of 14 in the world.  Today there are several NGOs that work with these high-risk children in order to bring to them or send them to schools or day care facilities where they are out of harm’s way.

The group also worked with children living in tribal areas and within tribal populations: According to a recent survey/census, there are approximately 70 tribals in the state of Maharashtra (where Mumbai is situated).  These tribes, being nomadic, have limited access to education for their children and themselves with regard to a traditional education but also to do with sanitation, hygiene, disease prevention and jobs.

Check out an article published on January 12, 2009 in the Indian Express.  On A Laugh Riot