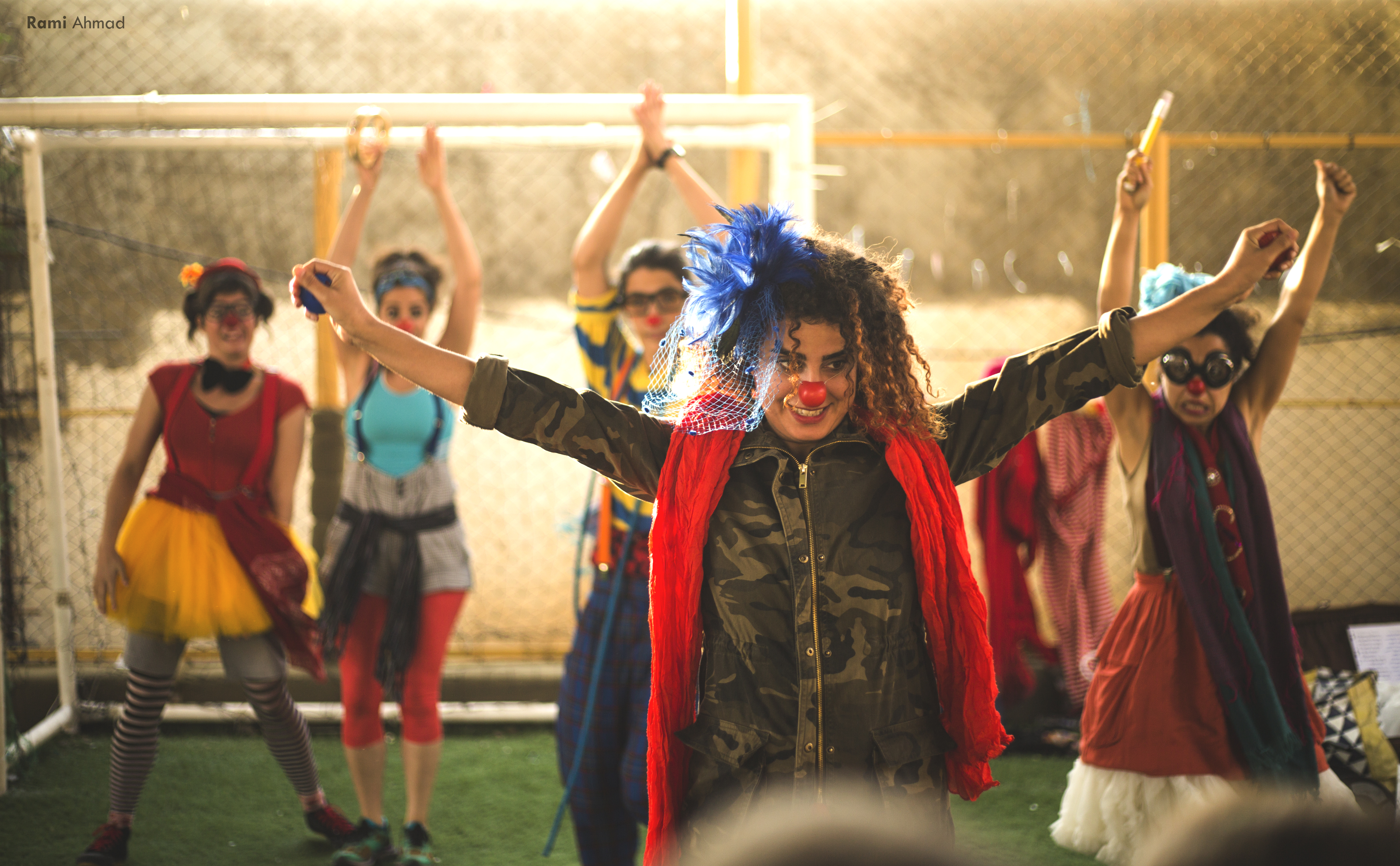 “The group includes Palestinian, Syrian and Lebanese people, from a variety of socio-economic and religious backgrounds. None of them have ever clowned, and some have never performed at all. It’s not common in Lebanon to have people with such varied backgrounds working together to serve their community.”

Over 1.1 million Syrian refugees are registered in Lebanon. Not only does Lebanon host more Syrian refugees than any other country, it also hosts over tens of thousands of other crisis émigrés from other countries, including Iraq, Sudan, Ethiopia, and neighboring Palestine. As a result, the economic and social implications have been profound for both displaced and host populations throughout the country.

Clowns Without Borders returned to Lebanon in October 2017, led by Sabine Choucair, founder of Lebanon-based Clown Me In. The artists of Clown Me In spent two weeks training 15 new clowns in foundational clowning and performance, before Leah and Hannah arrived. The CWB – USA artists continued to train these new clowns, and they created a performance together. The team performed throughout Lebanon, and workshop participants were invited to perform in their home region.

Our team was led by Clown Me In founder Sabine Choucair. It also included Leah Abel, a veteran CWB performer, and welcomed Hannah Gaff on her first project. Leah has performed with CWB on past tours to Haiti, Texas, and Palestine. She’s the Executive Director of Circus Up, a social circus program in Boston. Hannah Gaff is an acrobat and educator based in the Bay Area. She works with Medical Clown Project, Clown Conservatory at Circus Center SF, and UpLift Physical Theatre.

Funding for the workshop portion of the tour comes from Selat: Links Through The Arts, and Prince Clause Fund for Culture and Arts.