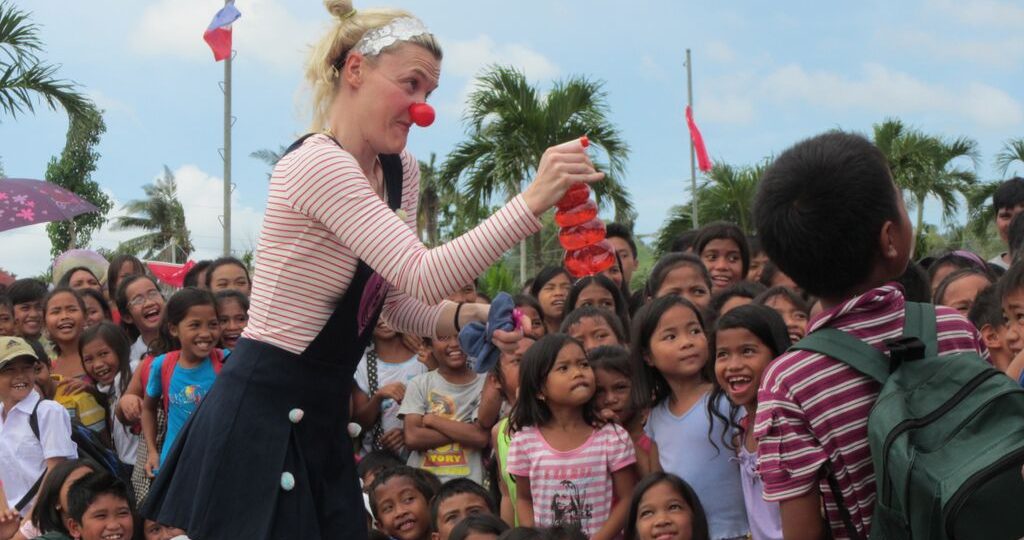 This project supports the ongoing relief efforts in the Philippines after the devastation brought by Typhoon Haiyan in early November, 2013. Haiyan is one of the strongest tropical storms ever recorded. Damages to the Philippines are estimated at $2.86 billion (USD) with 6,340 confirmed dead and more than 1,000 missing.

Between January 27 and February 9, 2014, in partnership with Plan International, a team of 5 artists performed 3 shows in Tacloban, East Samar, and Leyte, did one hospital visit with Doctors Without Borders and taught 6 intensive days of workshops to 80 youth.