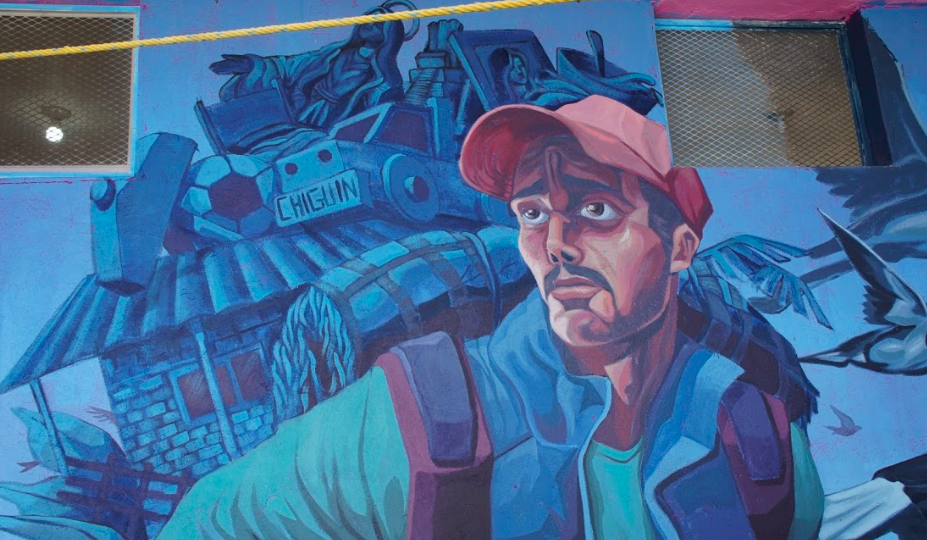 “In the chaos and desperation of the migrant or deportee experience—including poverty, violence, seemingly interminable wait times, and seemingly insurmountable odds—many migrants may die at the hands of traffickers, become addicted to drugs, or otherwise ‘disappear or disperse’ into the local population.  Samuel explains that the city’s mayor, as well as some other officials and local residents disparage the vulnerable migrants despite the fact that Tijuana ‘is, and always has been, a migrant city.'”

This January, Molly Rose and Derrick Gilday spent two days in Tijuana, meeting with a potential partner and assessing the feasibility of a CWB tour. In March, CWB spent five days performing and leading workshops for migrants in Tijuana.

This tour was unlike any CWB – USA has ever done. The team performed at the border, as families waited in line to learn who would be granted interviews.

Why was this a “secret” tour?

Our partners asked us not to share any public information, about the tour, including photos, until it was complete. Tijuana is at the center of a humanitarian crisis, and is the focus of massive media and political attention. Migrants and residents are experiencing high levels of stress due to that visibility and vulnerability.

Out of respect for our audience, and for their security, we didn’t take photos during this tour.

In November, 2018, nearly 8,000 people arrived in Tijuana, Mexico. There are between seven and eight thousand people sheltering in the city, and so far 6,000 are in line to submit for asylum. Asylum seekers have been moved to two new shelters more than ten miles away from the border. Though these camps are run by Mexico’s federal government, they’re actually operated by NGO committees, which remain largely responsible for providing services. The flow of people continues to increase, and is expected to increase for some time.

Asylum seekers and migrants may choose to self-deport once they’re registered for asylum. If they don’t choose to do so, they’re expected to remain in Tijuana for four months to a year, as they wait to process their applications and receive court dates. A person in process to seek asylum in the U.S. may not obtain a work permit in Mexico. As more caravans arrive at the border, challenges to human services, waste management, and infrastructure will probably continue to be met by humanitarian aid services, mutual aid organization, grassroots networks, and volunteers.

Derrick Gilday most recently joined CWB’s Migrant Caravan Tour in 2018. Darina Robles, founder of Llaven nü, performed in both of CWB’s 2018 tours in Mexico. Marisol Rosa-Shapiro has worked with CWB in Texas, leading workshops for unaccompanied minors at St. PJ’s.

Molly Rose, our non-performing team-member, is CWB’s former Program Director. She has also been the logistician in Puerto Rico, El Salvador, and Lesvos. She played an essential role in organizing the tour and was CWB’s main point of contact with our local partners.