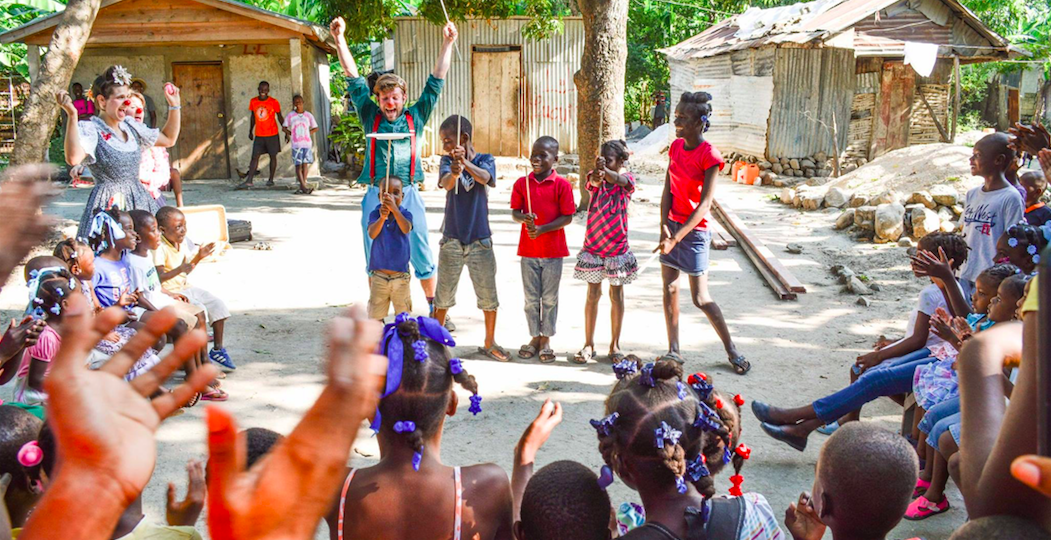 Geoff Marsh, aka Gypsy Geoff recently toured to Haiti, along with Kaitlin Kauffman and our very own Development Director, Naomi Shaffer. CWB – USA has a long and strong relationship with many communities in Haiti. During this tour, we participated in a special partnership with Médecins Sans Frontières-France (MSF-France). CWB led workshops for hospital staff in addition to our regular performances for community members. In this blog post, Geoff talks about the ever-changing challenges of performing on tour.

Today, we woke up early to travel to a remote MSF location an hour away from where we’re staying. By 7:30 am, the streets are packed with cars and “Tap Tap” busses, which remind me of the colorful South American Collectivo busses. They’re adorned with murals of Rambo, Che Guevara, Batman insignias, and New York Mets symbols, and they’re overflowing with people ready to start their day.

Vendors fill the spaces next to busy roads, or walk with huge packages and tubs balanced on their heads as they try to sell their second-hand clothes, beverages, plastic bags, toiletries, gasoline, and produce to passersby. Makeshift shops fill hillsides, and barbershops set up in abandoned, overturned semi-trucks. We drive through the disgusting smell of burning garbage for the entire trip, while stray dogs, goats, and pigs dig through piles of refuse. There are no traffic laws in Haiti and not a single traffic light to be seen. Cars, buses, and motorcycles dart down the “wrong” side of the road and people communicate by constantly honking. 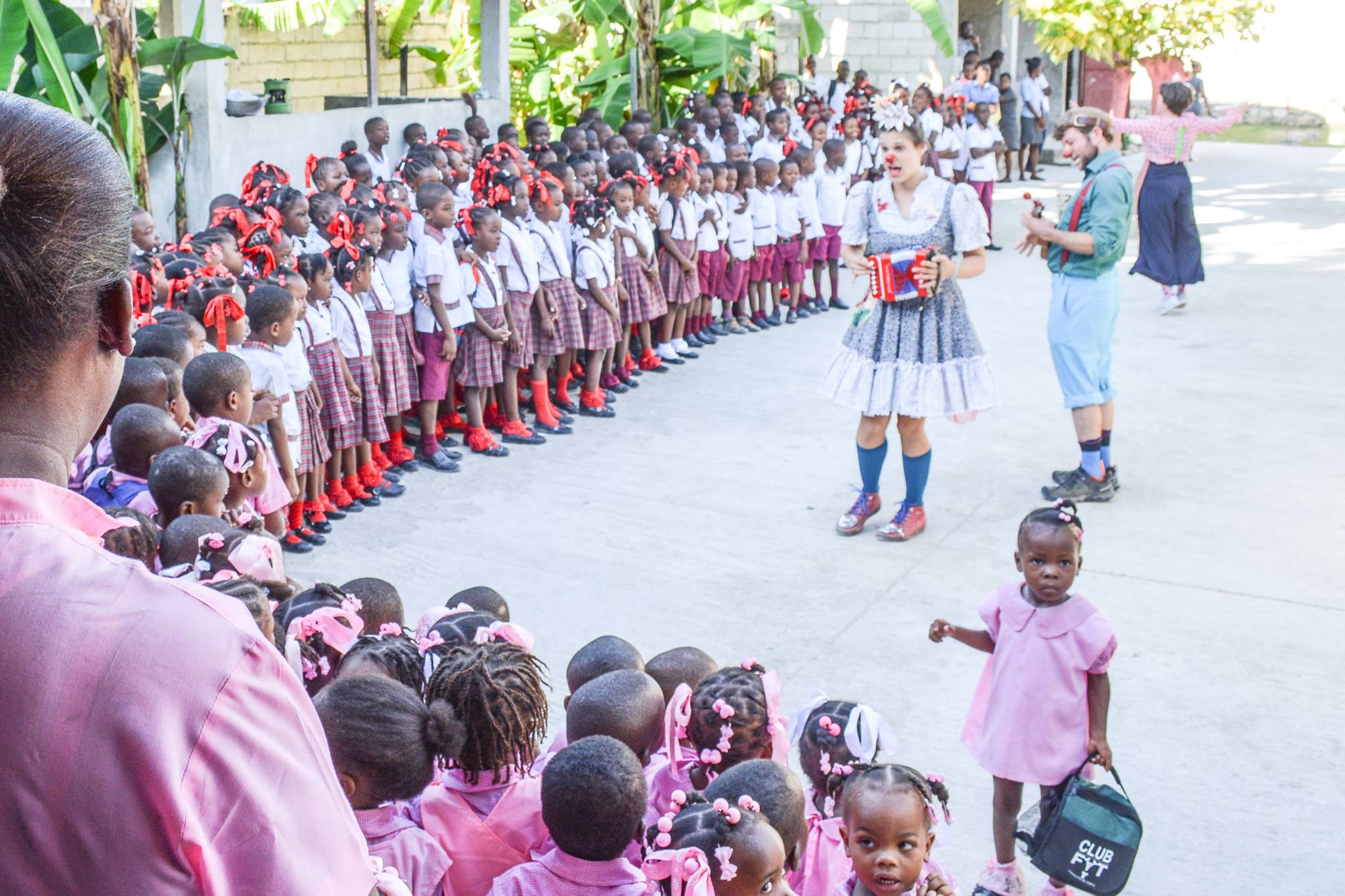 We arrive at the MSF hospital, and to our surprise we see two Haitian clowns! One is named Big Baby and the other is Pere Charitable. They give us a tour of the hospital which specializes in offering respirators to asthmatics, plus a large emergency wing. The clowns perform in the hospital Monday through Friday every week, and help raise the spirits of the patients as best they can.

There’s a fair amount of confusion about start times, and we end up performing in the middle of the street. The organizers offer to blockade the street, but they’re only able to control about three-quarters of the traffic. Locals begin to congregate around the makeshift blockade, though we felt nervous about performing right next to traffic. At one point, four motorcycles invade our stage. It’s not ideal, but we perform anyway.

The Haitian clowns to go first to warm up the crowd. We know that they’ll be a great opener. Like clowns we’ve met in Mexico, the Haitian clowns used their comedic banter and timing to make people laugh, rather than juggling or acrobatic skills. Pere Charitable acted as the primary talker and Big Baby did what he did best, acting like a big baby and impersonating a few animals really well.

By the time we perform, it’s complete chaos. We’re inches away from traffic and super stressed about the last minute decision to do a show. However, the plate routine is a huge hit. 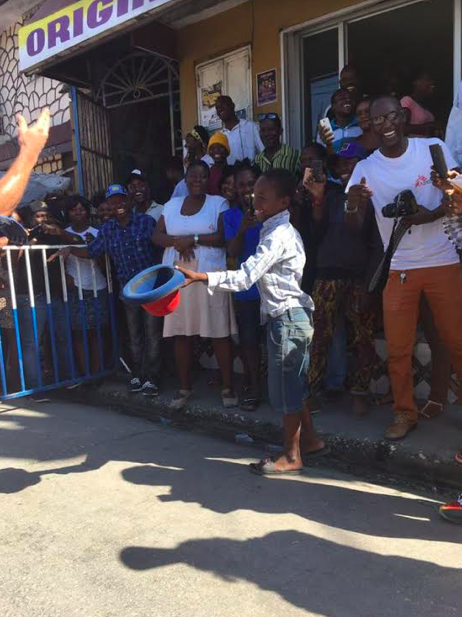 We finish the show and head back up the road to the school, where we pile into a 10′ x 15’ room with 50 middle school kids. For the first time, the show elicits the reactions we’re looking for. We’re able to decipher which acts work and which need improvement. To our surprise, we’re thrust into another classroom with older kids and we have another fantastic show. The kids are so loud with excitement that it’s almost deafening. It’s exactly the confirmation we need.

Afterward, we’re pretty exhausted and take an hour-long nap back at the hospital (on the floor) before the nurses, aid workers, and Haitian clowns come in for a workshop. They were very grateful for what we taught them, especially the clowns.

It was a great experience to see how Haitian clowns interact with locals, and had no problem making them laugh harder than we could. It’s a humbling experience to know that we’re the ones who are out of place, even if we have more skills to bring to the table.