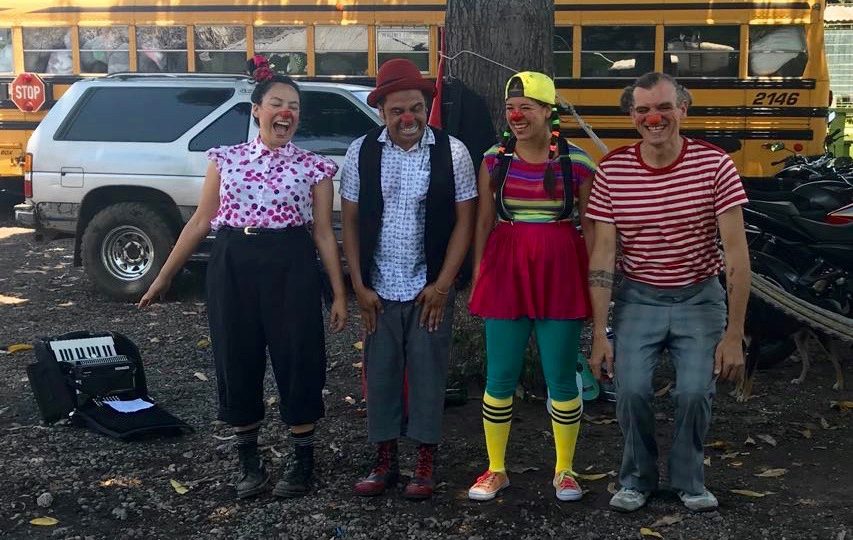 All clowns arrived in Guatemala on August 16th, 2018 from a few different corners of the world: Colombia (Lucho Guzman Cardozo), Canada (Noemi Lira), USA (Sayda Trujillo), and France via Guatemala (Stephane Gue). As is the norm for CWB – USA, the team put together the show in one day. The fifth member of our team is Ricardo Bamaca (Guatemala and Spain), who has also worked as a logistician with Payasos Sin Fronteras.

Sayda Trujillo, writes about the experience of putting together the show. 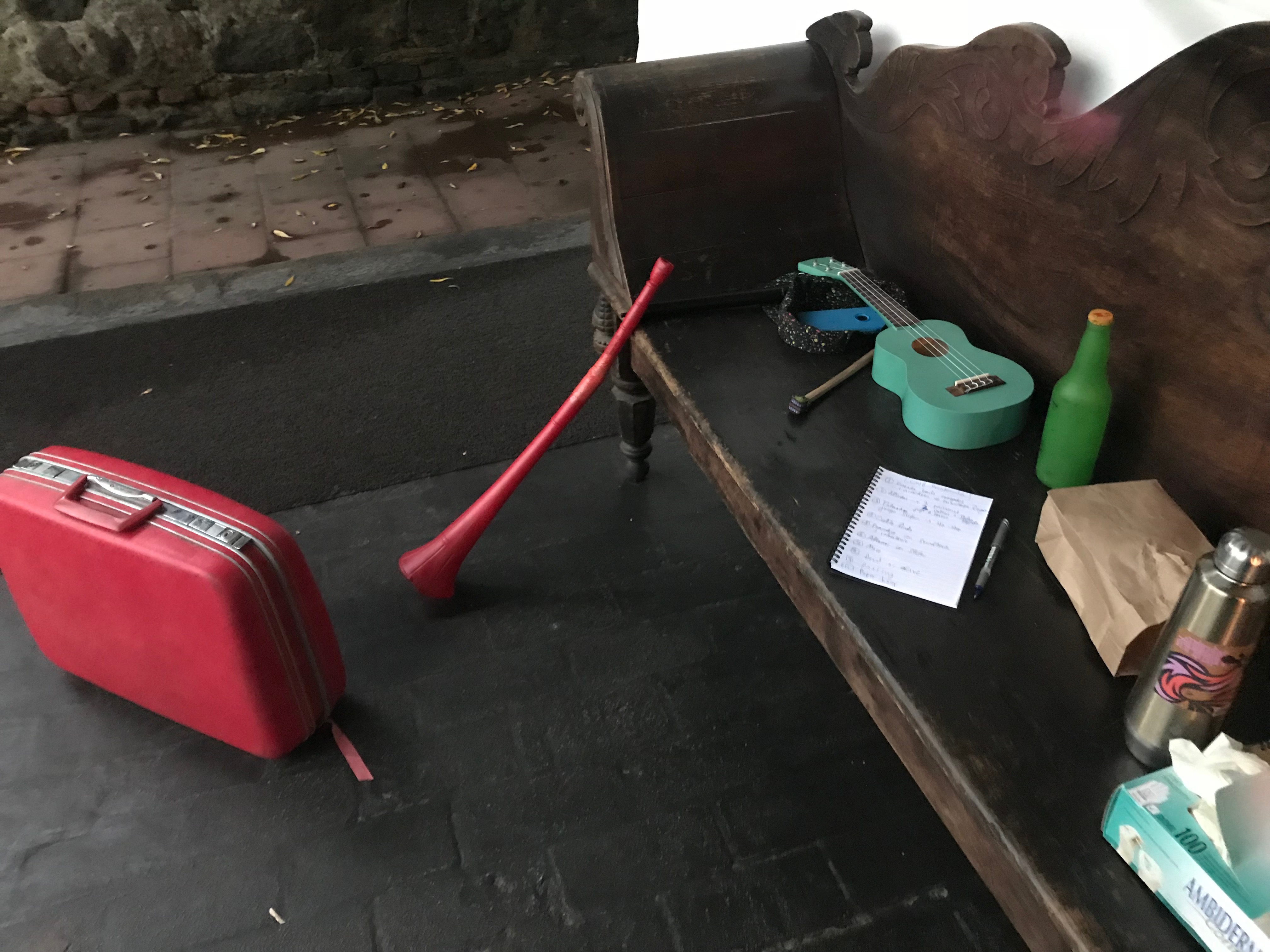 Our first day is magical. We work with ease, joy and efficiency. Knowing we have only this one day to create our clown show, scheduled to be performed the next morning at the first of 11 shelters housing approximately 4,000 people total, we take the morning to play, improvise, and see what naturally arises. 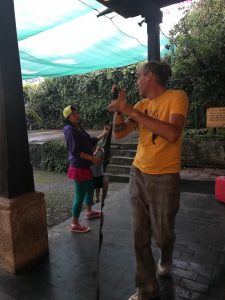 We put out what we flew in with us: a ukulele, an accordion, a huge bright orange balloon, a tiny wooden chair, a red plastic trumpet, buckets, suitcases, a diavolo, juggling clubs, paper bags, tire ropes, songs, and more. And naturally, stories and journeys start to reveal themselves in our play.

We stand next to each other, and the journey of our clowns begins by playing with our heights—Stef is tall, the rest of us not so much. It’s funny, just standing there next to each other. It’s a feast of offers! And we all say yes! We try things, and after three hours we have enough material for two shows! 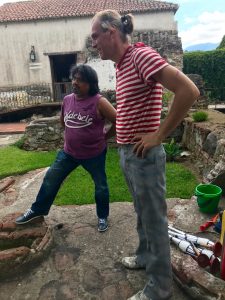 In the afternoon, we begin to connect and refine the material we found in our play and improvisation. We rehearse in an open, ancient patio at Universidad San Carlos in Antigua, Guatemala, where we are being hosted. Locals and tourists drop in and stay to listen to our clown songs and chases.

We take the last hour of our working day to run the show, which begins with a clown band. The band enters and scouts the space, looking for the very best spot for our show. Once we notice the audience, we decide that THEY are the best spot for our show.  After a little play of heights—which threads our entire show—we serenade our audience with a sweet version of “Cielito Lindo.”  The show unfolds with two classic clown routines: The Newspaper Bit and Dead or Alive.

In between these classics, we have a booger routine, with Stef’s clown Chicharron. He curiously digs up his nostril, finding one juicy booger, which then transforms into a conga rope, a jump rope, and eventually flies into Noemi’s face. The impact sends her to the ground, leaving the rest of us preoccupied, is she dead or alive? It turns out she is trying to trick Lucho’s clown. In a series of slapstick moves this classic act plays out beautifully, making the audience complicit in this clown play.

The show is the journey of one tall clown and three short ones. They play music and sing songs, they dance and chase each other, they blow up balloons, juggle clubs, and make the audience scream “whoa!” at the height of the diavolo. 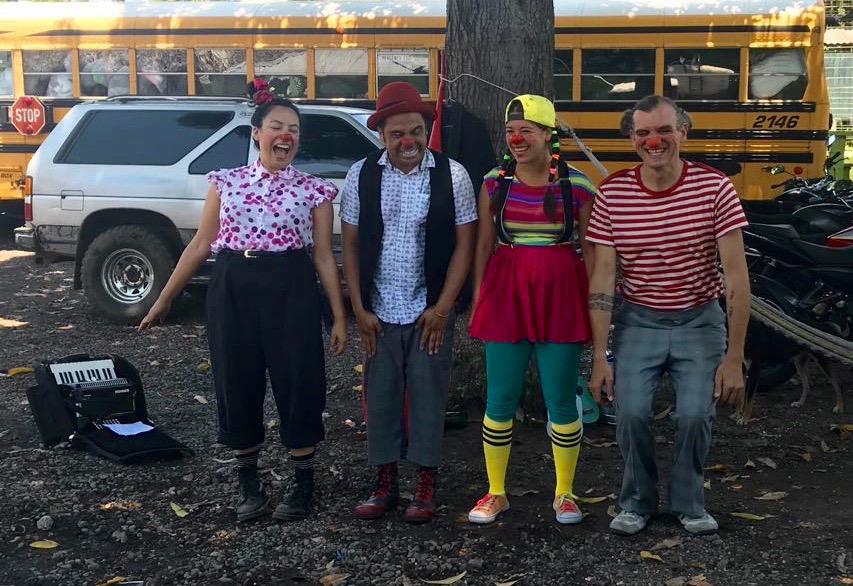