CWB – USA is revisiting the same Balkan Route (#refugeeroad) that we traveled in 2017, deepening the relationships we formed a year ago. Justin Therrien offers a stream-of-consciousness description of what it feels like to travel among the refugee camps, towns and forests where many people are stranded as they make their way from Western Asia and Africa toward the European Union.
Justin
I’m safe, back in the United States, and reflecting on this recent trip with Clowns Without Borders USA. I have no solution to offer for this crisis. However, I strongly feel how important it is that you meet people with humor, compassion, patience, and gentleness when you can. This world is hard on people, and although we need to be strong, I don’t believe that we need to acquire that strength from negativity. 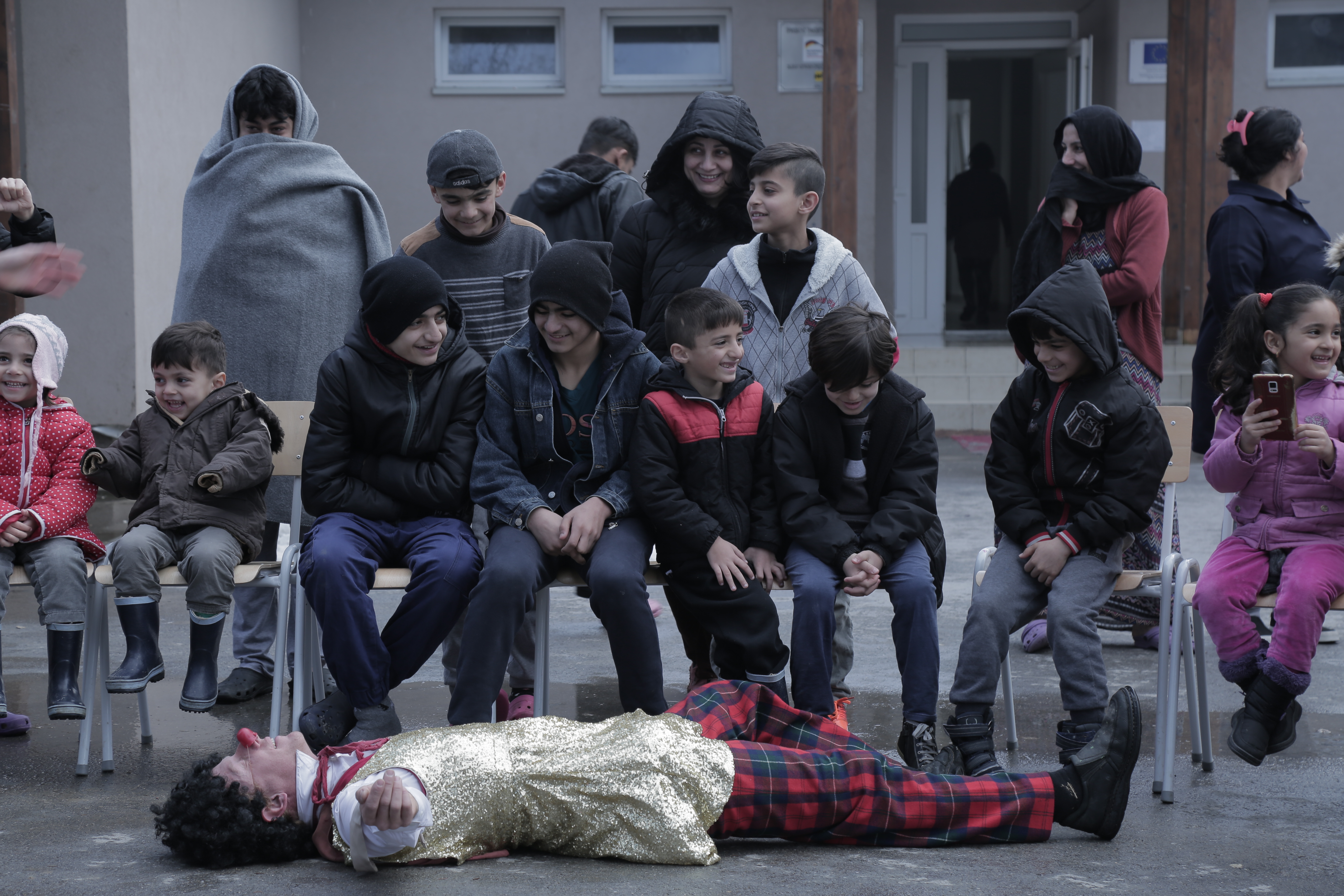 A whirlwind of color amongst grey for days. Laughter all the time. In refugee camps, in long car rides. In beds after lots of work, at dinner tables, and everywhere in between. The smell of spring. Hope blossoming on young refugee’s faces as they head to “the game,” a word that describes attempting to cross the border. Snow-cold toes, long bored days spent in refugee camps away from civilization, interrupted by chaotic clowns. Bumbling and interfering. Piggy back rides and shoulder rides, leg rides, spinning rides, hat games, magic tricks, secret wishes, and funny whistles. Staunch postures of border guards with clenched jaws and no smiles for anyone or anything. People on the street can’t help but stare. Stare in disbelief at the spectacle of us.
Share this:
Contact Us
Privacy Policy