Gabi shares her stories from Turkey, her endless energy despite a tightly packed schedule, and some photos to make us laugh and cheer along with them from here at home.

We traveled for two hours from Urfa to Antep, where we performed three times, including a show for a local community that was requested at the last-minute. Our group didn’t mind adding one more performance. As long as we had still had our voices, we would be there!

The community turned out to be home to approximately 800 families, both Turkish and Syrian. Despite their different nationalities, they shared much, from their nomadic lifestyle to their strength in overcoming enormous prejudice and a lack of rights the their unmissable joy as they celebrated and danced with visiting Clowns! 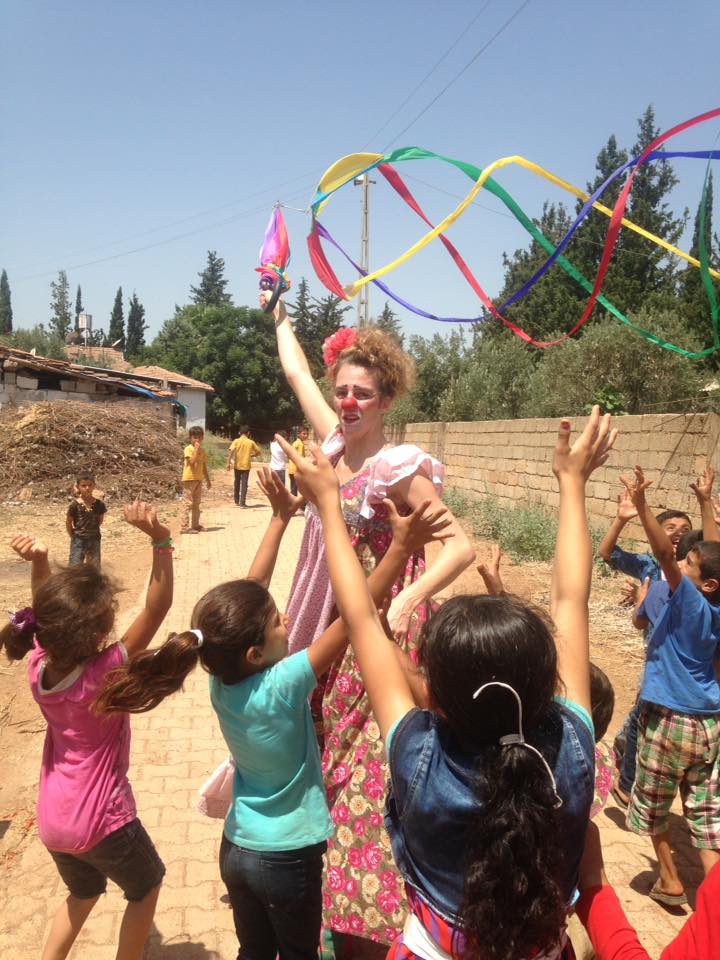 In the courtyard of the newly created Community Center, about 160 children were waiting for us with a palpable excitement in the air. As the performance began, we heard shouts mixed with applause and laughter. And, the level of participation rose to as big as you’d see in the final in a soccer game!

After the show, as always, we were served the standard local tea and sat for a conversation with the people who are working on projects for the community. Turkish was translated into Arabic which was in turn translated into English which we could understand.

We asked the man we understand to be the local leader if he played any instruments. He left for less than two minutes and came back with a case from which he pulled a zurna. It was a woodwind of some kind a bit like an oboe that had a lot of medals and chains hanging from it. This wonderful gentleman in played two vibrant songs that broke all of our western-formed rhythmic understanding. 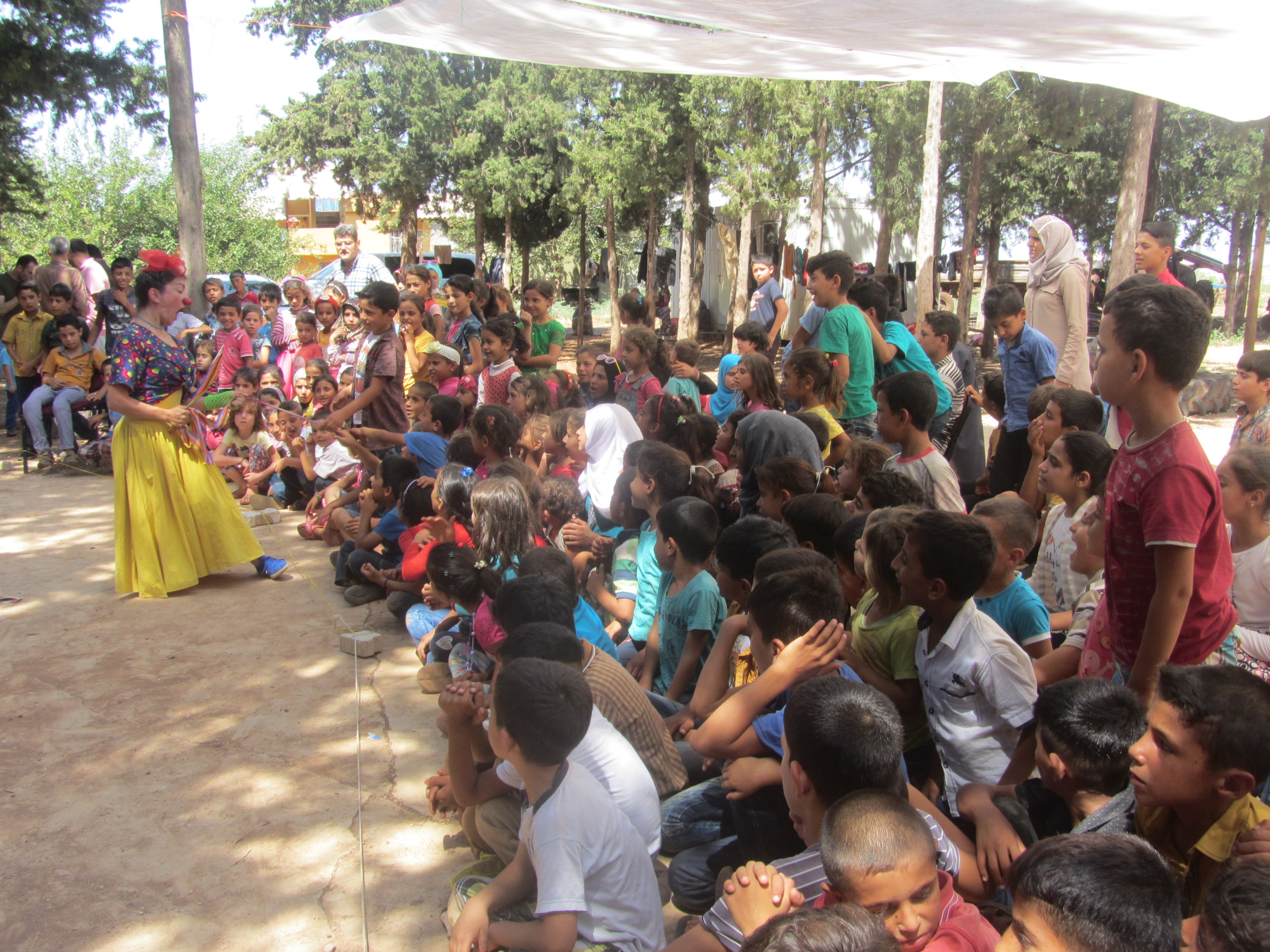 After, we paraded through the whole neighborhood, so that kids kids who hadn’t attended could also enjoy the event. There was joy as well as a lot of dancing, as more and more people joined.  Among them, women formed circles and learned steps and made faces with other clowns.

In the end, it made me laugh a lot to see how good life is and how laughter really is the smallest distance between two or a thousand people. 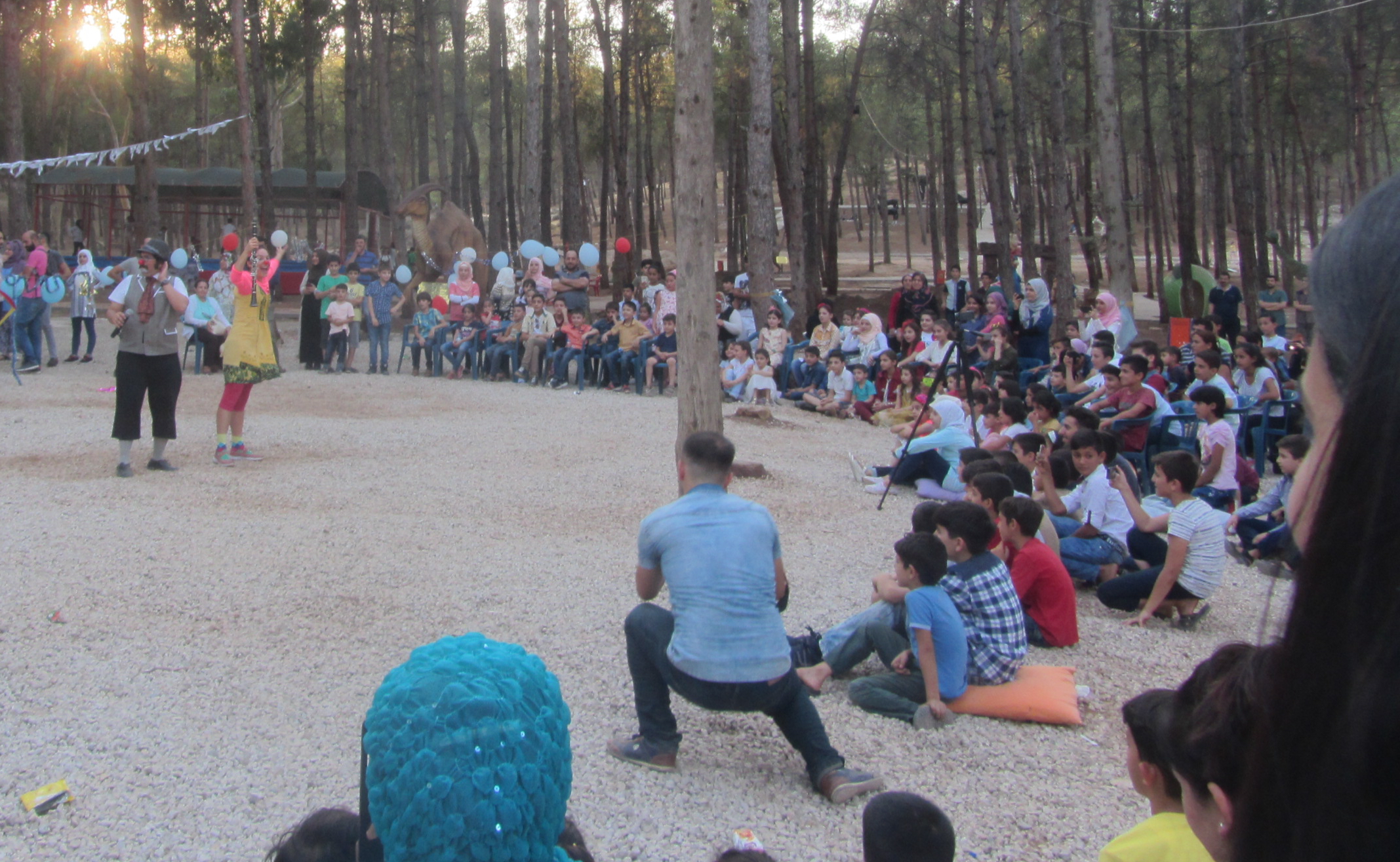