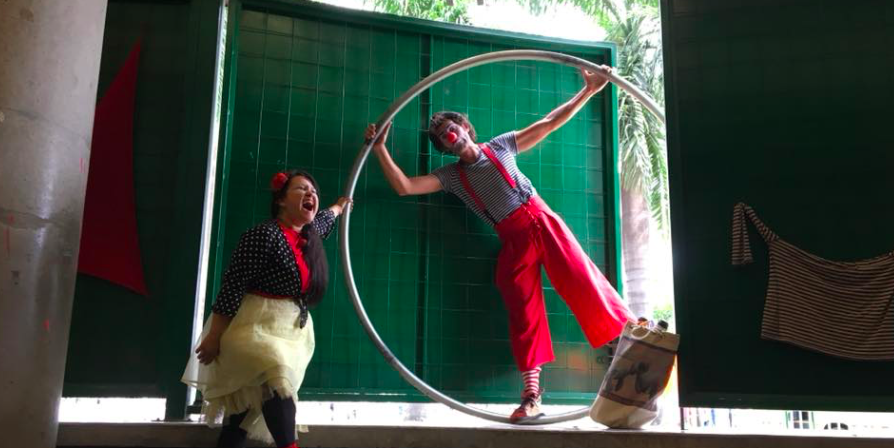 Erin Leigh Crites is a long-time performer, a professor at Idyllwild Arts, and the CWB – USA board Vice President. She joins CWB – USA in Cali, Colombia for a tour especially geared toward youth violence prevention. She writes about the different energies and experiences of performing for adults versus children.
Erin Leigh Crites 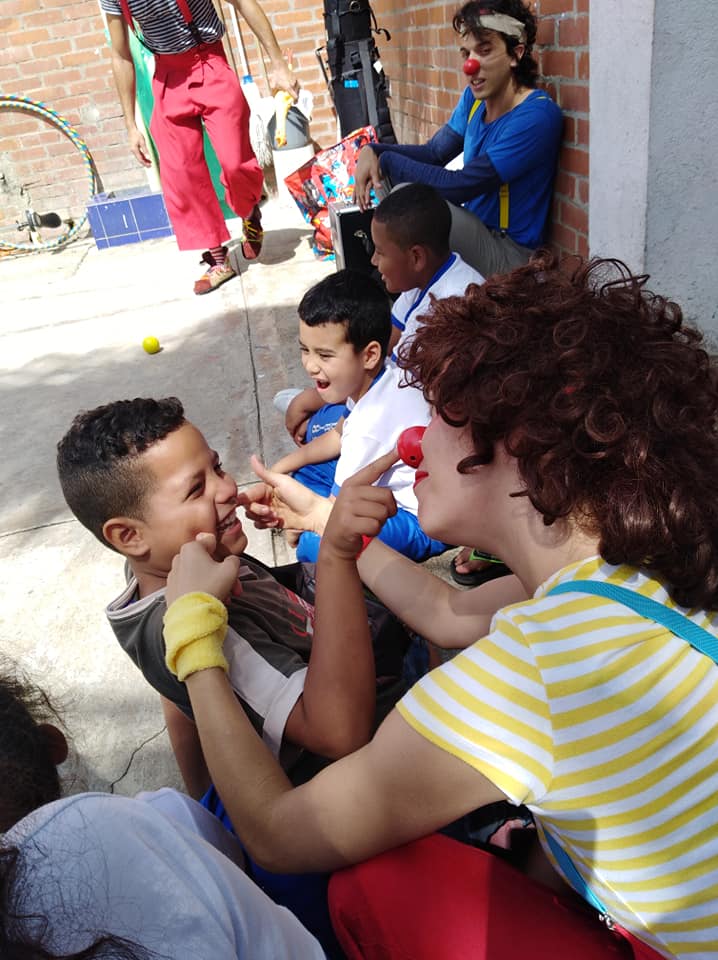 On Monday, clowning took me through the cycle of life. We started the day playing with children, people at the beginning of their journey. We ended it with a group of adults who might be described as lost along their own. It was overwhelming, this sensation that all of us know how to play. It’s the biggest part of our identity as children, and then some of us lose this sense. We favor the work we feel needs to get done to alleviate some of the pressure that life puts on us. But the thing is, the need to play doesn’t actually leave us. We find it in other means of escape, with drugs and alcohol as a standard way to do so.

Monday was a beautiful and difficult day. In the morning we visited a library to perform for an incredibly energetic group of 3–6 year olds. Their faces and eyes were lit up with possibility and play. And it was one of those shows that felt really “easy.” They were all so ready and available to be with us. After lunch we traveled to a notoriously bad part of town, where a lot of Cali’s drug addicts hang out. The show was going to be held in a facility designed to support addicts of varying degrees, all adults. THEY LOVED THE SHOW! It didn’t hit me until after the nose came off, but then I felt my heart was so full, water had to start coming out of my face and I couldn’t stop crying. Why was I crying?

That group of adults played! Their eyes were wide and alive with the same light as the children we saw that morning. I couldn’t help but be struck by the profundity of our life cycle as it relates to play. Play allows us to be seen, to be heard, to imagine worlds outside of our reality. Play is the antidote for loneliness. Play is the string that connects our hearts to one another and allows us to become an orchestra, each instrument resonating with another to create the music of the spheres. Play is our cosmic right to life in its purest form and the red nose is my portal to the celestial playground.

Later in the week, I met a young woman named Claudia, who wanted to tell me I was beautiful and then held my head so we could touch foreheads. We shared a very tender moment, connecting through the third eye. We made heart shapes with our hands, made sounds of the heart and then took those hearts and placed them on each others’ chests. It was a magic spell to increase the size of our hearts by sharing love. Thank goodness for the nose and the opportunity for moments like these. I get as much or more from the audience than I give.