Skip to content
Christmas eve:
The CWB team started their day bright and early at 5am driving south to the devastated peninsula of Guiuan where somewhere between 150 to 200 families are living in a displacement camp filled with rows and rows of tents in a big open field. On our way to Guiuan it was quite clear how hard this area had been hit. One example is Eastern Samar State University, a large campus next to the encampment field that had no roofs left on any of its buildings. Only twisted metal, and piles of debris were left among the remaining walls of this once beautiful university. 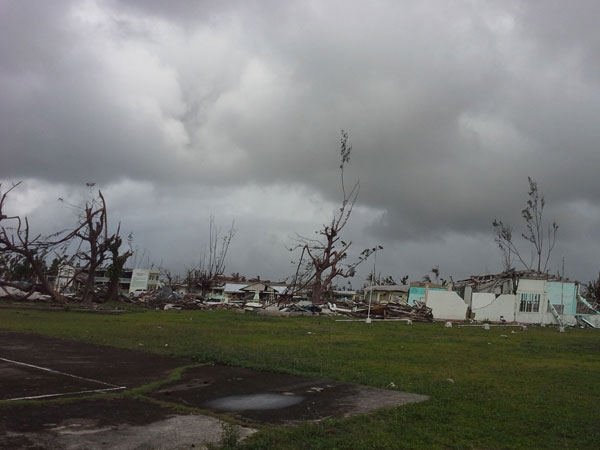 By the time we started our show, the audience had grown from the five or so children that were playing in the field to 500+ smiling people. They were a bit more quiet than other audiences at first but quickly became more and more jubilant. The children cheered and laughed together as one, continuing to loosen up to the joy we were there to share as the show went on. Towards the end of our show an audience member who had recently graduated from a circus school came up, and asked politely to share some of his gymnastics. Naturally we said yes and watched him bend and flip across the stage for everyone to enjoy! It was amazing and it got even better! When the show ended a handful of dancers joined together and presented one of the wildest dance presentations any of us ever had seen! They moved together as one with the crowd cheering and clapping very happily. One older gentleman was estatic with joy declaring to me “Thank you, thank you so much for your gifts! This is what we needed to relieve our stresses!” as he jumped up and down next to me glowing with smiles from ear to ear. It felt as though we were witnessing the healing of this torn community directly in front of our own very eyes! It felt amazing! Unannounced to us till we were done with the show, one of our colleagues from Clowns Without Borders Belgium was in attendance and came to say hello. The random yet beautiful moment of distant clown families coming together was really cool! We chatted with her and exchanged our contact info before we were off to our second show of the day. 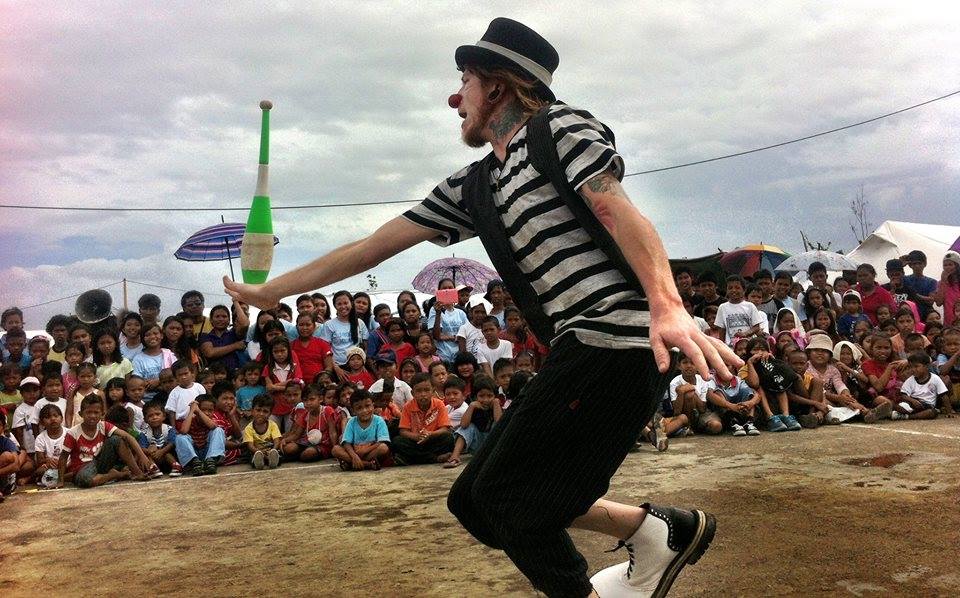 Our second show is one none of the team will ever forget. When we arrived kids were already swarming the van trying to get a peak at what was inside. It felt like us clowns were fish in an aquarium! Our plan leader Phillip, whom has been amazing at taking care of our needs and random questions, hopped out to go organize the children. Once we got the sign from him, we clowns exited the van as normal. Things after that got a little crazy! After the third act of the show, the sky opened up dumping toe sized rain drops! The 400 or so children all scattered about, some finding shelter, others enduring the enormous drops of rain with their umbrellas. Which was quite fitting as our clown mime superstar, Matt “poki” McCorkle was just about to start his amazing umbrella piece where he is thrown around and teased by his enormous umbrella. The show must go on! And it did! The site of Matt’s umbrella piece and the smiles being generated gave the show the momentum to carry on in the face of the rainstorm! Our awesome team leader, Michael O’Neil, pulled out his spinning balls and nailed a behind the back! As well as “Molly”, in the face of grave odds, completed her epic hula hoop act while being soaked to the core! 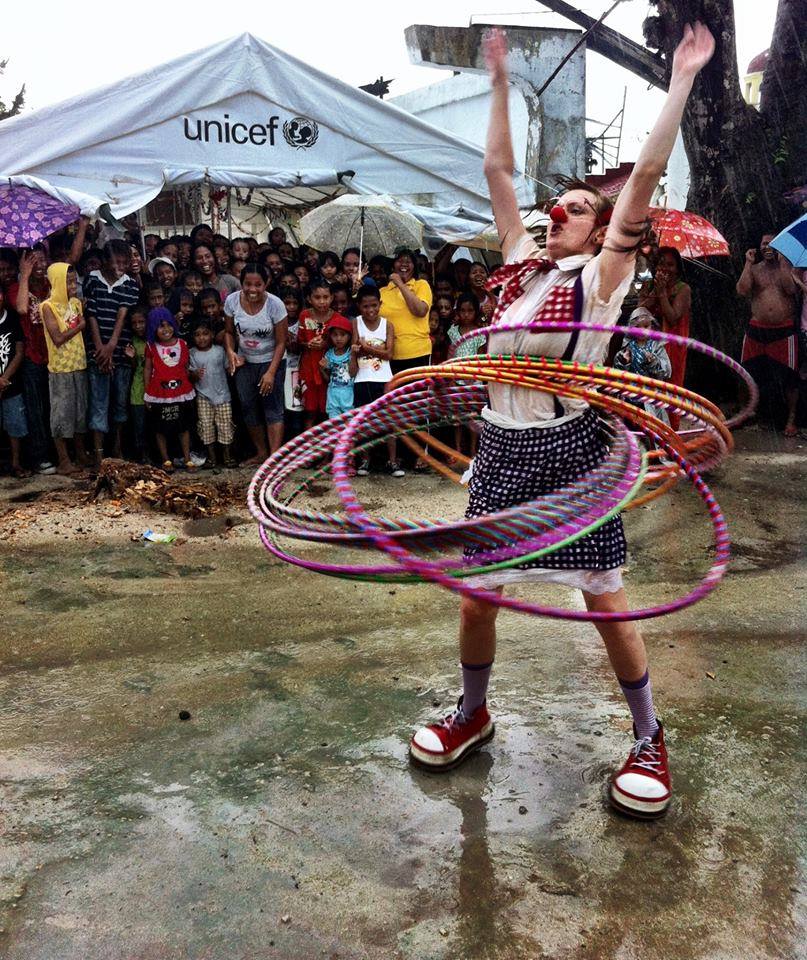 We ended the show with us clowns together as one in a super fun and exciting dance party in the pouring down rain! The kids and adults went wild for us, cheering and filling the air with thunderous laughter. As we loaded into our van, clown shoes soaked and all, it was obvious they were not the only ones filled with joy!  We hit the road to the plan office so we could change our drenched clothes before we make the 4hour trek thru the devastated valley towards our new home base of Tacloban. With all the love and enjoyment ~ Team CWB
Share this:
Contact Us
Privacy Policy