One of the most important planning moments of a CWB program is artist selection. For this program in Egypt, CWB Executive Director, Naomi Shafer and Reham Ramzy, co-founder of Nadha Arts School for Social Theatre discussed some of the key competencies needed for this program. A key element of the program is street performing, and Reham warned me,

The streets of Cairo are exciting, and already have a theatricality about them. At any moment there may be someone biking through a crowd of people while balancing a huge tray of bread on his head. So the clowns have to compete with that!

Street performing takes a special type of performer, one who is bold and engaging, but also one who can read a crowd. It takes incredible generosity, and also heightened awareness. David Lichtenstein and Robin Lara bring exceptional street performing experience. From lasso, to whips, to juggling knives, to unicycles, to a giant balloon, these two have so many tricks up their sleeves.

In addition to performing, a key piece of this program is teaching a group of NAS alumni who want to explore clowning and street theatre. Hannah Gaff, who just completed a Fulbright Fellowship in Cairo, will be leading the workshop portion of this tour. Hannah’s company Clown Corps specializes in teaching the key elements of social clowning.

CWB couldn’t be more excited about this group of artists. We can’t wait to share bios about the 4 Egyptian artists who will be joining us next week.

David Lichtenstein is a founding member of Clowns Without Borders and has performed with CWB – USA in The Balkans, Colombia, Haiti, Palestine, and Mexico.He has been a professional performer specializing in street, clown, and variety theater for over 25 years. He has performed his one-person Leapin’ Louie Comedy Show at festivals, theaters, and other events in 28 different countries across five continents. 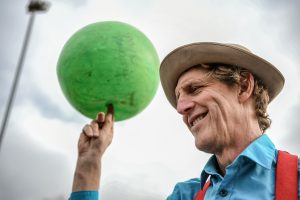 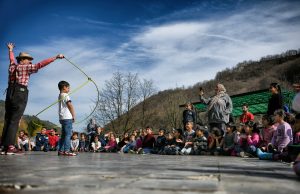 Hannah Gaff  has performed and taught with with CWB in Colombia and Lebanon. She is a theatre creator, therapeutic clown, movement director and teaching artist based in San Francisco. She is a 2021 Fulbright Scholar at the Egyptian Academy of Arts in Cairo and holds a MFA in ensemble-based physical theatre from Dell’Arte International. 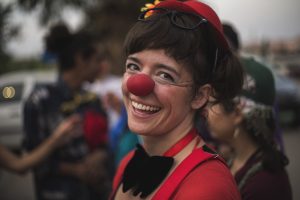 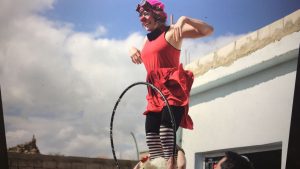 Photos: Hannah Gaff performs with CWB in Lebanon, 2017. Photo by Clown Me In

Robin Lara has performed with Clowns Without Borders in Colombia, Ecuador, Haiti, and Zimbabwe. She is an award-winning clowns and circus artist, whose street show is a staple Pier 39 in San Francisco. Robin has worked with Circus Maximus, Velocity Circus, Wooden Nickle Circus and many more. 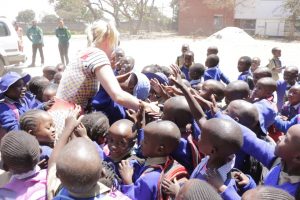 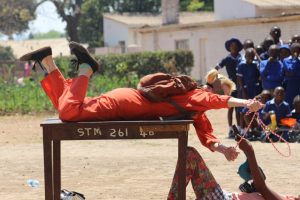 Photos: Robin Lara performs with CWB in Zimbabwe, 2019. Photo by Clowns Without Borders.