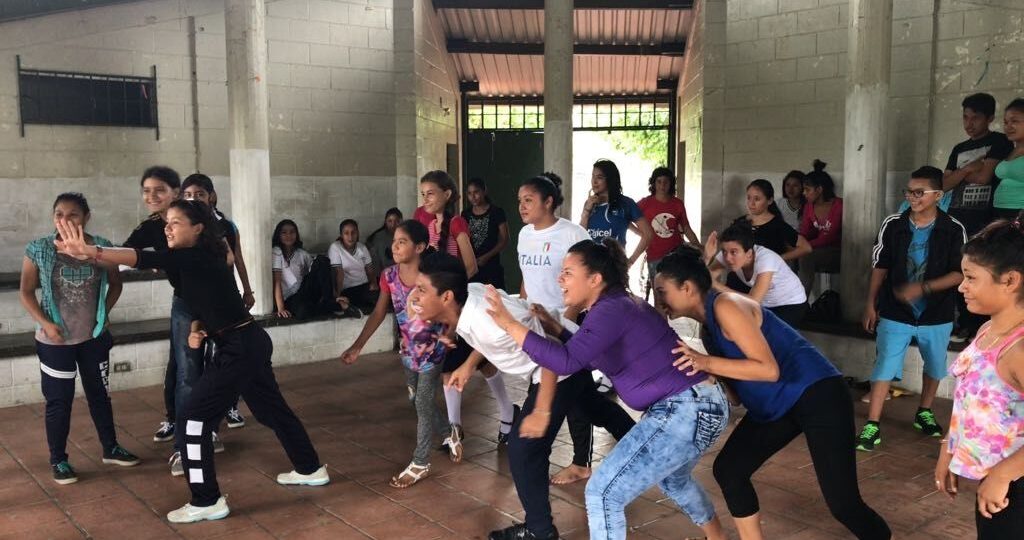 Coi Coi and Ana have just returned from time in El Salvador. Each shares a story about working at the Centro de Salud Social Distrito Italia, where they brought a clowning workshop to teenagers. They worked to build mutual trust as a community over the course of a week, despite the challenging circumstances. Read on to hear about the way their workshop wrapped up. 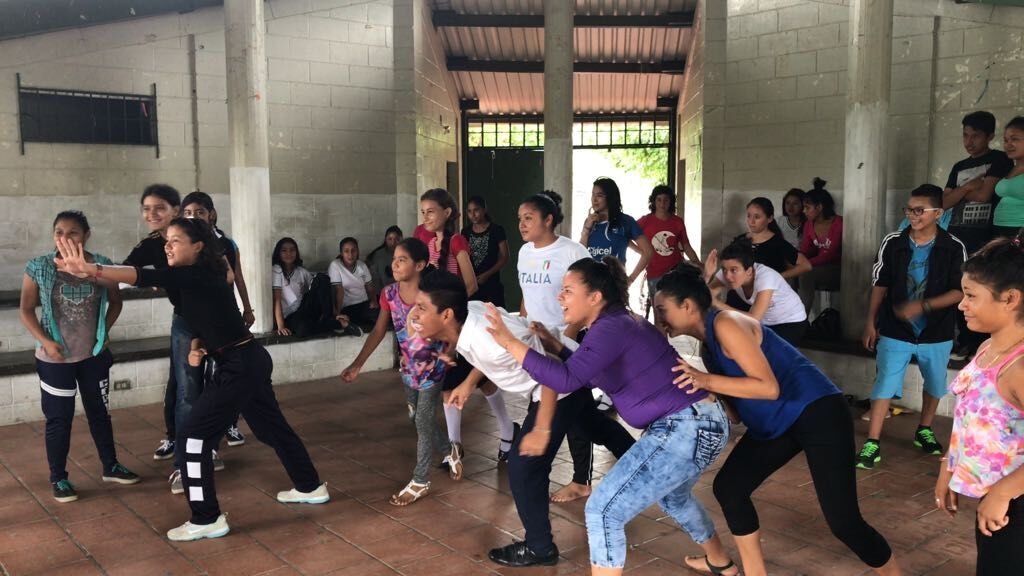 I’m feeling lots of different things. I love the team and the community is very kind, but the reality is harsh. We’re teaching workshops to teenagers who are in the heart of violence, sexual abuse, criminality and negligence from the people in power. During the workshops it’s being hard to get the teens to open up and share. They’re very closed off, afraid of being seen, afraid of playing and exploring.

By day five of the workshop, I know we’ve made progress. During the juggling class, boys who didn’t want to participate at all the previous day get into it. They don’t work with the group, but they participate. Wow. In general the work has been sinking into them and they’re opening up a little bit more every day. We’re building trust between us and them, but also among the teens themselves.

We have two different schools attending the workshops and these two schools don’t get along. We’re teaching kids who are part of pandillas (gangs). There’s only one center for mental health in El Salvador and that’s who we’re collaborating with. The staff at the mental health center are superheroes. Yesterday, they were dealing with a suicide attempt and minutes later helping us get the workshop space ready for the teens. 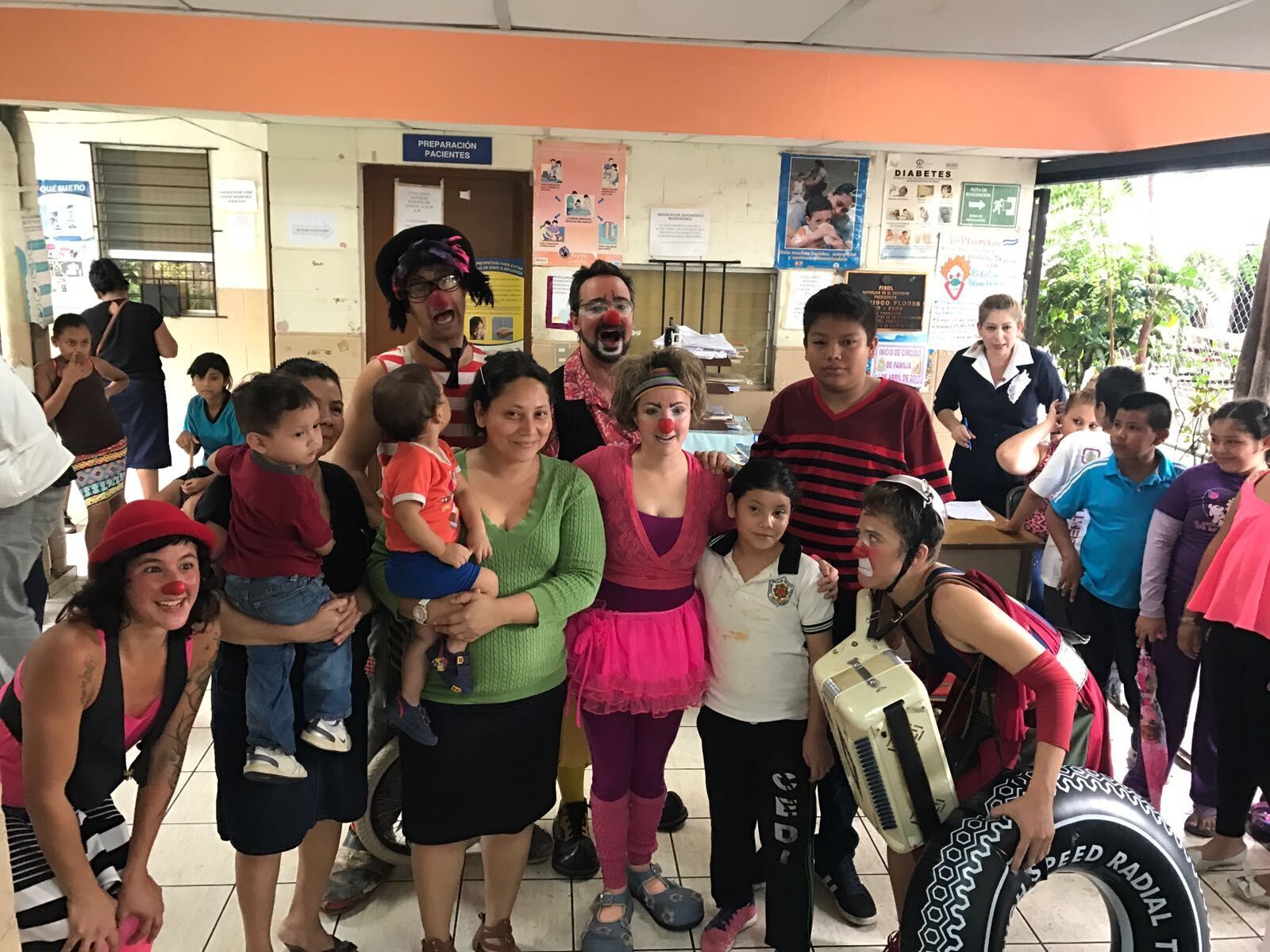 We cry almost everyday as a team as we learn how to have greater solidarity. We’re learning how to be humanitarians dressed as clowns. It’s only because of our red noses that we get to touch those tender parts in the human heart. They don’t have much here to continue the mental health program through art, so we’ve been sharing as much as we can. They’re such kind humans, and they’ve shared a lot with us too. I wish I could describe the experience more poetically, but English is not my first lenguaje. In any case, the support of Clowns Without Borders is reaching the heart of teens, kids and elders that need it, and they are very grateful.

It still rains and everything seems so wet. The rain is never ending—day or night, it’s just heat and rain. The pandilleros watch us with one thousand eyes as we pass them. The whole world seems to stop and look at us. Everyone must be so vigilant because of the violence, and they live in fear. They cannot bear it.

We do the workshops and the niñas, most girls, come. Only one boy arrives, late, and he tells us that the boys are interested in doing other things. These are stolen childhoods. It’s hard to see those little boys amog old guys who know too much about life and death, men who also lost their childhood way too soon. I can almost see them on their bicycles, entering a world they can’t imagine. 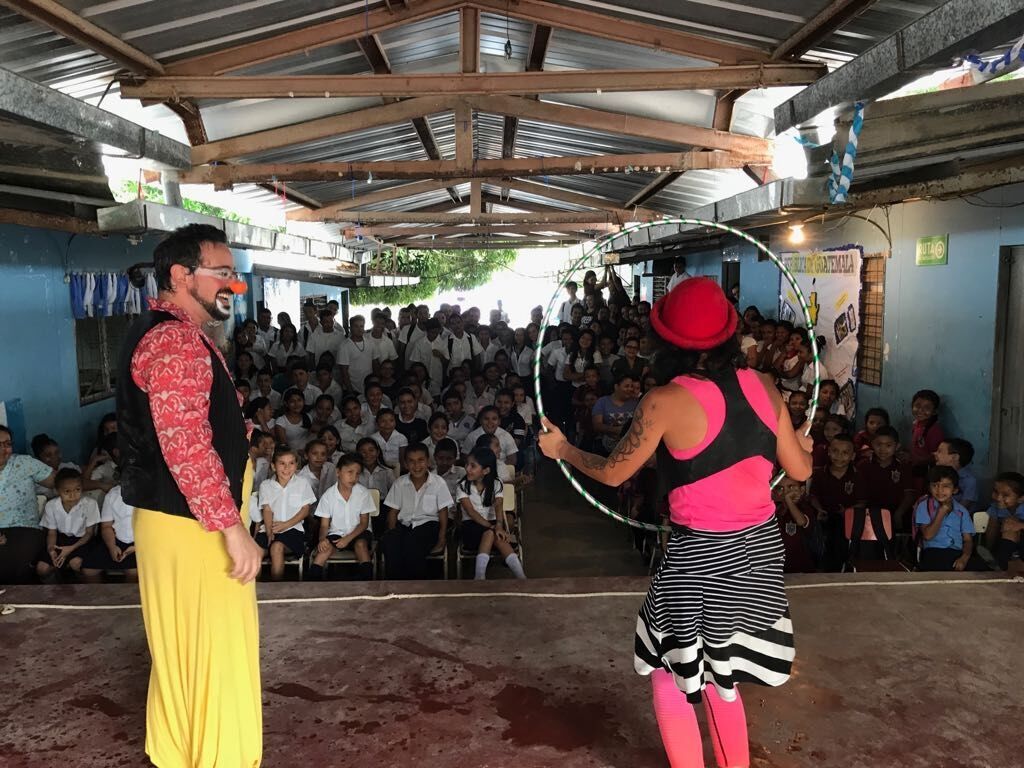 The shyness reigns as a protector, a shield. It’s resilience. But it’s necessary to laugh. Dona Maria Viuda is an 82-year-old widow who has never seen a clown. She talks about the bitterness of having a pandillera daughter who used to beat her up. “She is in jail now,” Dona Maria says. Even though Maria tells us she has a big heart, she also says she’s tired of washing clothes. Maybe, for a moment during the show, we’ll make her smile. Maybe she’ll even laugh and show her teeth crowned in silver. Maybe she’ll forget the harshness of life for just a second and become a child again.

On our premiere, the show goes well. It still rains, the laughter echoes. We leave because there will be more tomorrow. For a moment, she was a child again.