With nine days on the ground in Haiti our team has conducted a whirlwind tour, presenting programs in three different areas of the country, from the heart of Port-au-Prince to rural remote parts of the southeast. Well over 2500 people have seen or participated in our shows, workshops and walkabouts; everywhere we have been warmly welcomed, and the copious smiles and laughs our interactions brought have been so rewarding from an entertainer’s perspective. There have been 22 programs altogether including in nine schools, three orphanages, community centers, village streets, and a hospital. Words can’t describe the numerous heartwarming moments, but here’s a short description of some of highlights: 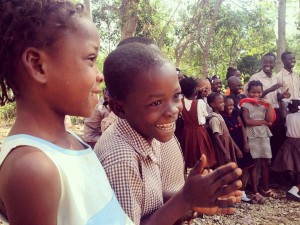 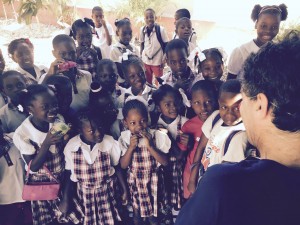 We’ll do some more programs with César, Pè and friends to bring the total to 25 by the time we end. We’re grateful (and a little tired too) for these beautiful experiences, and delighted to have cemented old connections and made many new good friends in this enchanted land.

Many thanks to our amazing driver Monsieur Senatus who was very patient and careful and all the many people and organizations, in Haiti and in the USA, that made this all possible. Please look for the pictures already posted or to follow.

Na we pita (see you later),