Clowns Without Borders USA is currently on tour in Guatemala, where we’ve partnered with our colleagues at CWB Canada, and with local Guatemalan artists. Noemi, one of the CWB Canada clowns, writes about the playfulness and openness required for a successful performance.

We arrive at a school that has been transformed into a shelter. Fatigue is present, but our bodies activate immediately upon seeing children approaching. The children are so intrigued by clowns—they’re attracted almost directly.

It’s super hot, and the configuration of the audience is difficult. People are placed in such a way that it’s hard for us to face everyone and keep them all involved in the show. The public is present, but not participative. One fantastic thing is that the show changes each time we perform. It’s organic, and that’s the beauty of working with artists who listen so much. Meeting the needs of public, in each spot we perform, requires a lot of improvisation. That helps keep our show different, fresh and lively. Those challenges require us to be alert, playful, and open. During the show, an elderly woman gets caught up in a game. Her smile is so sincere and her eyes are bright. The last part of the show has us build an orchestra with participation from the children. I have an eye encounter with a little kid, not more than three years old. He desperately wants to play and participate so I ask him to come play accordion with me. It’s a beautiful moment.

For our next show, we plan to better delineate the playing area so that the audience can spread out and we have more space. The people in charge of the shelter thank us warmly, and use the word “respect” to describe our show. The managers are surprised to see so much respect among us performers in the show, that we don’t use entendres or vulgarity. They’re impressed with the quality of our performance. 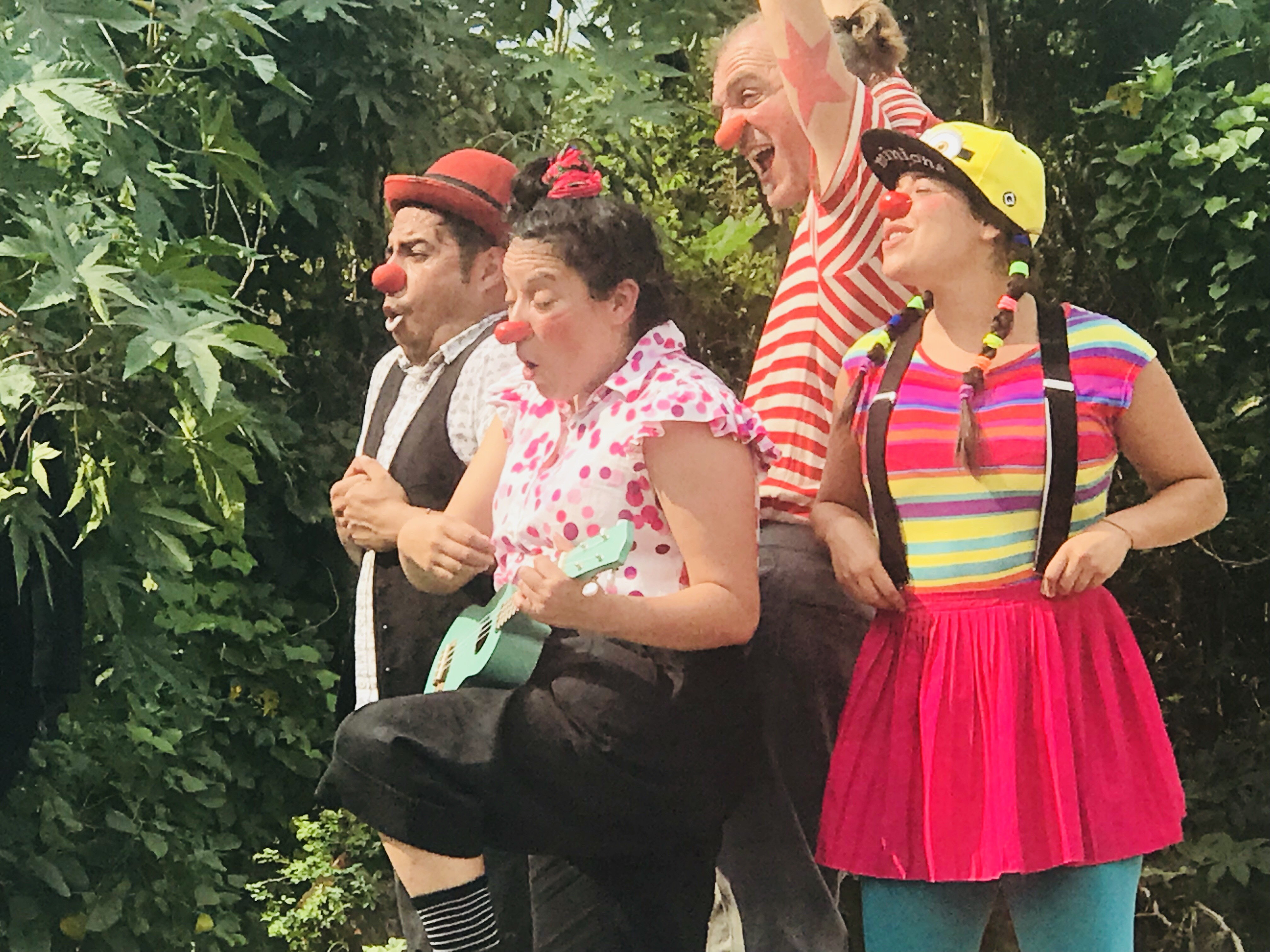 The camp is huge. One thousand families will be accommodated on site. The children are once again intrigued, and approach the vehicle before the show starts. José Alfredo, who is five years old, sits next to me. He is shy, but he stares at my accordion with bright eyes. He tells me that he’s there with his sister, father, mother, cousin, and grandmother. His favorite instrument is the trumpet. He carries a bucket filled with cans of soda, which he sells. His sister sells grilled corn on a stove. Cooking food on site is forbidden because the buildings are made of wood, so the risk of fire is high.

The show is magical and emotionally charged. I see children smiling, and through the crowd I can see adult faces flooded with tears. The energy is so vibrant and the crowd is super receptive. Once again, the show is alive and there’s a lot of improvisation. The moment when the crowd thinks Stéphane will throw water, but instead throws confetti, gets a big laugh from the children. It’s a great moment of relaxation after growing tension. I feel everyone breathing. It feels good. I hug Claudia, a speaker, in my arms after the show. She is moved, crying and thanking me with her eyes. José Alfredo returns, happy, and stays with us until we leave.

On our way home, our clown car breaks down in the middle of the highway. It’s pushed to the shoulder lane by the time the police arrive. All of a sudden, we’re back to reality—a hard reality. Everything is fine, but the police are intimidating. We arrive home safely, and a take a calming, well-deserved rest.