Aline Moreno is the co-founder of Palhaços Sem Fronteiras and has participated in many Clowns Without Borders tours.

During this particular Clowns Without Borders tour, we’re working closely with migrant and refugee populations in Mexico, along with people affected by the earthquake. These people leave the vulnerability of their home, and dream of crossing the border into the United States.

Central American migrants use a network of commercial trains throughout Mexico, called “The Beast.” Salvadorans, Nicaraguans, Guatemalans, and Hondurans constitute the majority of the people using this route. It’s now prohibited to use the train, and when people try to make the journey on foot they suffer all kinds of assault, extortion, theft and accidents.

We make a point of getting to know the Hermanos en El Camino Hostel, a welcome home for those who risk this crossing. I meet a man named Joshua, and he tells me this will be the final time he’ll try to cross the border. I ask him, “Isn’t it risky?” He smiles and responds, “I don’t want to live in poverty.” I am silent.

We all dream of new realities, new perspectives, we all want open paths. But what awaits people like Joshua on the other side of the border? Borders and more borders, both internal and external. 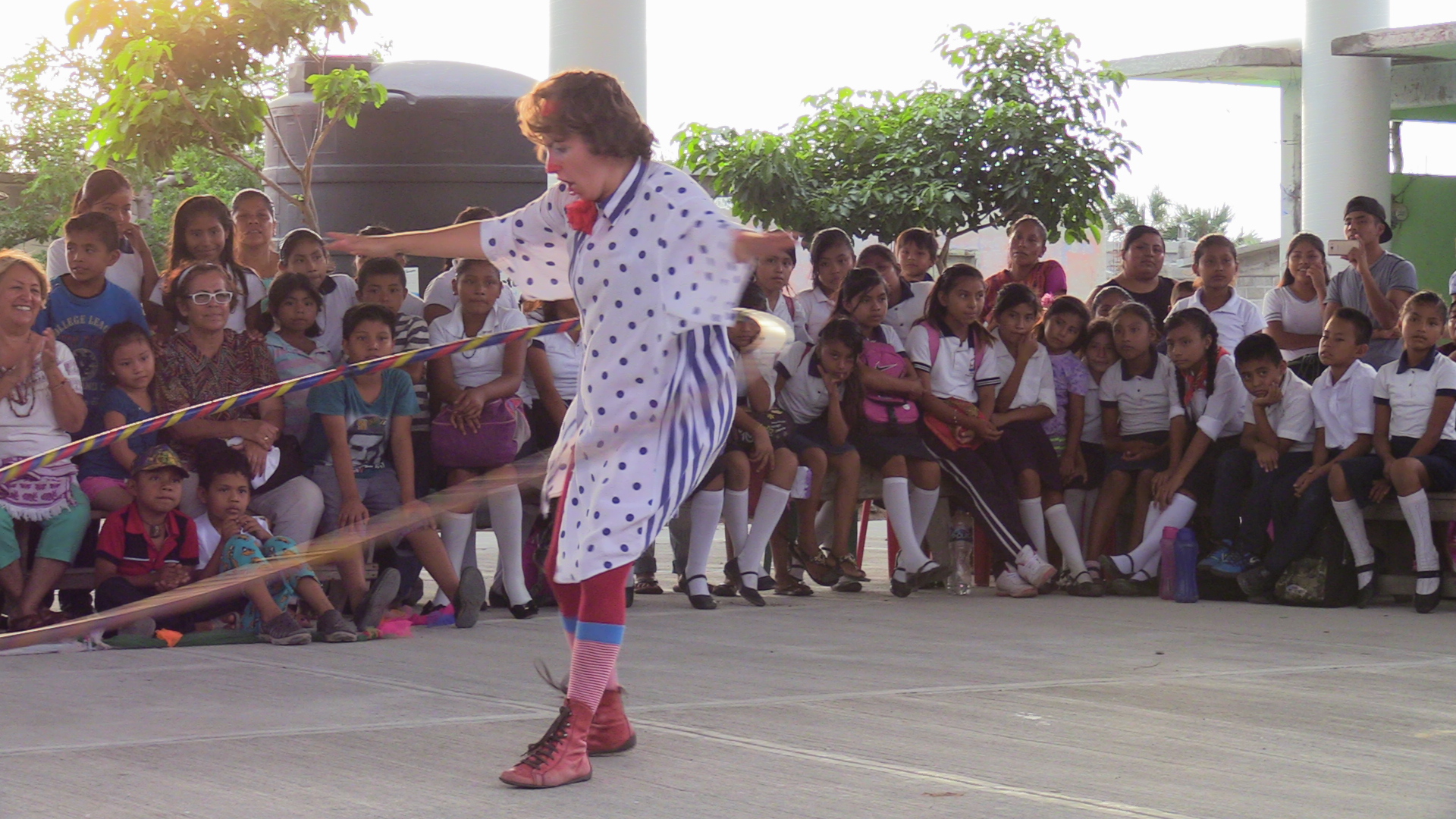 There’s no lack of reasons for undertaking this journey. We all want a decent life. In the shelter, there are migrants and refugees. In this case, the difference between them is that a refugee is unable to return to her country, for various reasons. A migrant seeks better living conditions, but often also lives in a state of vulnerability.

I meet a 28-year-old man named Francisco. He tells me that he was studying psychology at his university, but in Nicaragua, things are complicated. He had no prospects and decided to cross the border. His feet are aching from walking, but he says he has faith he will succeed.

The work done by the people at the hostel, and Father Alejandro Solalinde, is formidable. People have a refuge where they can eat, sleep, rest, and sometimes report violations of human rights. Who even has access to these rights? How can we say that we’re human, when we’re so inhumane toward one another?

For now, we look forward to presenting the show, beginning our own path—one of laughter.