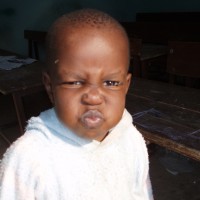 After settling into our apartment and rehearsing our show, we quickly set out for our first stop at St. Andrew’s School. St. Andrew’s is an interdenominational church that provides free schooling to anyone in Cairo who needs it. At St. Andrew’s School we performed two shows and lead five workshops. The workshops consist of song, rhythm, dance, and silly theater exercises. In one of the workshops with the younger kids, ages 6-9, we lead them through a theater exercise in which you sculpt a classmate like clay, making them into statues of varying gesture and emotion. The kids found so much joy in this game that they were perfecting the slightest details right down to a strand of hair and how clothing was laying on the body. Also, we taught them a song that goes, “I said a boom chick a boom”. Afterwards, you could hear them singing it all over school during recess and while they were in other classes. If they saw us around in between classes, they would come up to us and make sure they were singing the song correctly.

At the end of a workshop with the teenagers of St. Andrew’s we asked them to share something with us, like a song or dance or anything else they wanted. They ended up teaching us this great song they sing in South Sudan that goes:

A day later, we learned from another young person that “Antimora” means: “And Tomorrow.” They’re singing English words! He also told us that the song came from the Congo, and that “Simba” is written on the tea boxes from there. Amazing! They also taught us a fun dance to do with a partner. We are very thankful to the children for sharing their stories and songs with us. Lessons from Tybalt and Mercucio.

A few days of our trip was spent working with the adult St. Andrew’s Drama Group in preparation of their Valentine’s Day showing of Romeo and Juliet. Gwen helped with the fight choreography between Tybalt and Mercucio in the play. Gwen was explaining the posturing and character logic between the two characters. One of the actors had a natural intensity and physicality about him while the other, a more shy and artistic person, needed some extra direction. We found out later that the two men playing the characters were from two opposing tribes in Sudan with a history of conflict and competition. The actor that had the physical intensity comes from a tribe known for their fighting prowess while the other actor came from a tribe known for their intellect.

When we arrived at the Modern Education Center, we were happy to see a familiar face. Isaac, the Sudanese actor playing Tybalt in the AUC production of Romeo and Juliet, was substitute teaching/volunteering at the school. We met with the principle of the school, Mr. Mark, who took us on a quick tour of the classes before we went out into the yard to clown for about 270-300 students. The students sang a song welcoming us as their visitors, my face warmed with pleasure and awe. After sweet giggles and curious stares concluded our show, we had a very informative conversation with Mr. Mark, about how the Modern Education Center came to be, what challenges face the school, and about some of the other Sudanese schools barely surviving in Cairo.

He told us that the school facility has been donated by a religious organization, (although the school is not religious,) and that the organization checks in from time to time to see that their property is indeed a functioning school. The money, however, that covers the costs of running the school, including paying water and power bills, paying teacher’s salaries, buying teaching materials, and much more, comes from the Sudanese/African refugee community itself. UNHCR helps some, but this money only covers about one month of the school’s total annual costs. They’ve applied for other types of grants, but without success. Money from parents also helps a little. They can’t help much, though, because almost every cent they earn goes to the exorbitantly high cost of renting apartments from predatory landlords. Several Sudanese have told us that they pay for one month’s rent, what an Egyptian national pays in one year. For many Sudanese, this injustice is financially crippling. When the school’s funds run dangerously low, teachers work for less pay, or sometimes they work for free. No matter what obstacles there are, the community makes it work.

We taught five workshops at the Modern Education Center, to over 200 fantastic kids, with the help of some wonderful teachers who translated for us. The school emphasizes learning English, hoping the kids will eventually be relocated to an English speaking county/US, Canada, England, Australia. Also, we were told that English is the official language of Sudan. So, we taught the children our games and our songs, and they in returned shared with us their songs and dances, their bright innocent faces, and their strength.

Our final day at the Center, some of the teachers asked us to teach them all the kids songs that we knew, so that they could in turn share more songs with the kids. So, for about two hours after class, we sat together, singing songs into an old tape recorder and writing down the words. We taught them the songs of our own youth; songs like, “Row, Row, Row Your Boat”, “The Itsy-Bitsy Spider”, and a beautiful South African song that the kids really like. We even taught them the “ABCs” song. (This was a great help to the teachers, who struggle with the correct pronunciation of our alphabet themselves). It’s difficult to come here and sometimes feel like we are offering so little; the kids need textbooks, dictionaries paper and pens… Still, the refugees by necessity are resourceful; these songs, offer precious lessons about caring, wisdom, and the English language. We learned that anyone who knows a song has a gift to offer this world. Though, we may wish to give more.