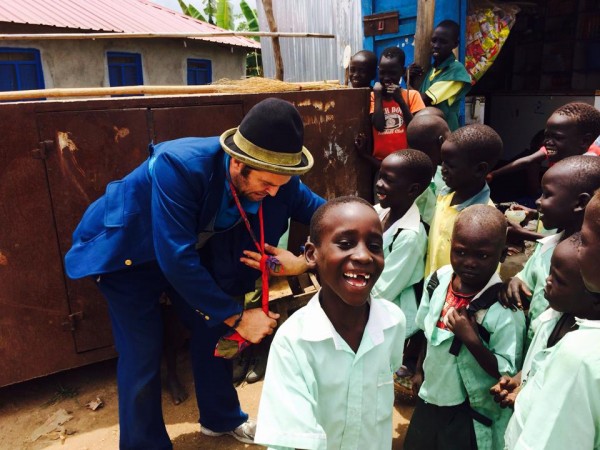 In just less than a month from now I’m going to be packing my bags for another Clowns Without Borders trip. The excitement is starting to kick in.

This time we’re heading to Kakuma refugee camp in Northern Kenya. I’ve been to Nairobi before on my way to the area now known as South Sudan on a previous CWB expedition. It’s not too different to what I’m used to, being South African, and having toured all over the country here with Clowns Without Borders South Africa.

But this time we’re heading to a refugee camp with about 180,000 people, which just sounds crazy. And according to what I’ve read recently, they are expecting another 80,000 or so residents this year, mainly due to the continued fighting in South Sudan.

It’s a diverse team, with two Americans, one Mexican and me from South Africa. Geoff Marsh is a street performer, juggler, vaudevillian, comedian and puppeteer. Erin Crites is physical theatre teacher and professor of theatre. Andrés Aguilar is a clown and teacher who has run a very successful ‘laughter therapy’ organization in Mexico for 16 years. Gavin Stockden (that’s me!) is a clown, juggler, unicyclist, magician and one of the founders of CWBSA.

Watch this space for updates about our trip. We’ll be posting often from Kakuma (assuming we can find an internet connection) as we spread joy and laughter among those who need it most.