CWB – USA’s February tour to Puerto Rico marked Mike Funt’s first Clowns Without Borders project. His reflections offer a special glimpse at what it’s like to truly dive into the unknown on a CWB tour!

I came to this project, my first with CWB – USA, not only as a performer, but also a huge fan and supporter of the organization. I had wanted to work with CWB since I first saw a news story posted on Facebook years before. I was thrilled when, finally, CWB’s need for artists lined up with my availability. I couldn’t wait to work with this amazing organization.

I was the last to join our crew of four performers and one group leader at our home base in Puerto Rico. After introductions, we set out immediately to create the show we would tour for the next two weeks. We shared favorite bits and special skills, and began to formulate a show that would be fun, lively, and cohesive. By the end of the second day, the show was polished and ready to take on tour. I was very impressed with the other performers and all that they brought to the table. I was also quite impressed that we were able to create a show that was, if I may say so, quite good in only a few hours of rehearsal time. The generative process was so effective that I continue to use it in my own work as well. 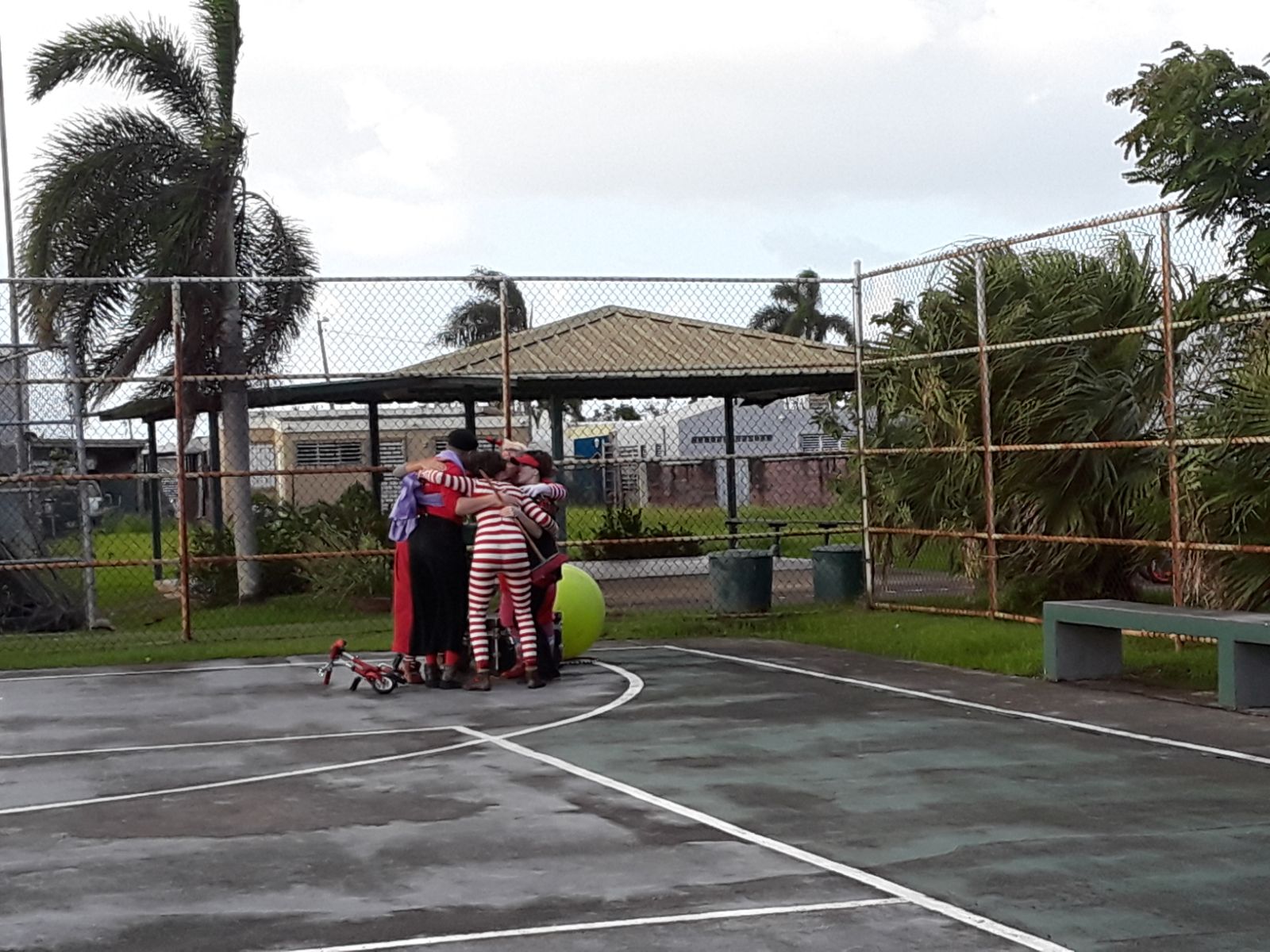 Touring the show was both fun and exhausting. Many mornings, we were up hours before the sun. Luckily, we were blessed to have a circus van equipped with benches to travel in. Except for poor Arturo, who had to drive the whole time, we were able to nap on the way to many of our performance venues, which ranged from schools, to community centers, to town squares. While the experience was rewarding, it eventually took its toll on all of us. I myself had a nasty cold that I fought the entire last week of performances. Two of our lot suffered for several days with a severe stomach bug. And one was overly tired and ill for a few days towards the end. However, none of us was willing to let a little ailment stop us from what we’d come here to do. Through everything, we soldiered on and never missed a beat in the show. Our group had an impressive ethos and I think each one of us was unwilling to let our illnesses get us down, encouraging the others to be strong as well.

Above all, we were there to help people and make them laugh—and meeting the citizens of Puerto Rico was an eye-opening opportunity. Some places, like where the hurricane made landfall, haven’t been cleaned up and are full of wreckage and debris. Communities in the mountains have been told not to expect water or power in the foreseeable future. It made me angry that people could be treated like this. But through it all, children and adults alike were maneuvering this difficult situation with strength and resilience. Everywhere we went, we were met by people who were ready, even excited, to laugh and play with us.

I left our team a day early to head off to my next gig, and I was sorry to leave a group of amazingly talented colleagues who had become dear friends. I was also sad to leave the communities we engaged with, and wished there was more I could do for them. However, the lessons in strength, resilience, perseverance, and ingenuity from my fellow clowns, our leader Molly, our host Monique, our contacts in Puerto Rico, and especially the children of Puerto Rico have stayed with me. Even now, months later, I continue to reflect on and find new meaning in what Puerto Rico has taught me.