Hannah Gaff and Leah Abel, along with Sabine Choucair, recently returned from a multi-week tour in Lebanon. For this project, Clowns Without Borders partnered with Clown Me In and its related project, We Must Clown. Leah and Hannah reflect on their ongoing tour and the heartfelt connections they’ve made.

We are nearing the end of the 2017 Lebanon Project, with only three days of our tour remaining. Each day, we pack our costumes, props, and sound system in two cars, the clown crew piles in, and we drive to a different region of Lebanon to perform two or three shows in schools and refugee camps. Each day we experience new joys, connections, and laughter in the communities here.

One particularly poignant act in our show addresses garbage and littering, which is a major issue in Lebanon. In this act, Mother Earth (played by CWB clown Hannah Gaff) dances onto the stage, looking both graceful and full of stumbles. She leaps, trips, frolics and plays with the audience. Birds sing and all is serene and right in the world. The peace of the scene is quickly interrupted as the other clowns from Clowns Without Borders, Clown Me In and We Must Clown enter. With kazoos for motor and horn sounds, and hula hoops as steering wheels, the clowns mimic the chaos, smog, and noise of Beirut traffic. The traffic in Beirut is constant and the cars honk to communicate that other cars are too close, that they are passing on the right, or to say “stop honking.”

The clown cars pack in tight and scooters even tighter. The exhaust from the cars makes Mother Earth hack and cough and the kids in the audience join her in coughing and booing the cars. Leah Abel proudly plays the stoplight. She is available for private consultation at an exorbitant fee. At the next stoplight, people throw their garbage out of the windows and onto Mother Earth. She gets increasingly covered and weighed down as each car throws more garbage—cans, water bottles, bags of chips—out of the window, littering Mother Earth. Eventually, Mother Earth is so weighed down, she collapses, passing out. 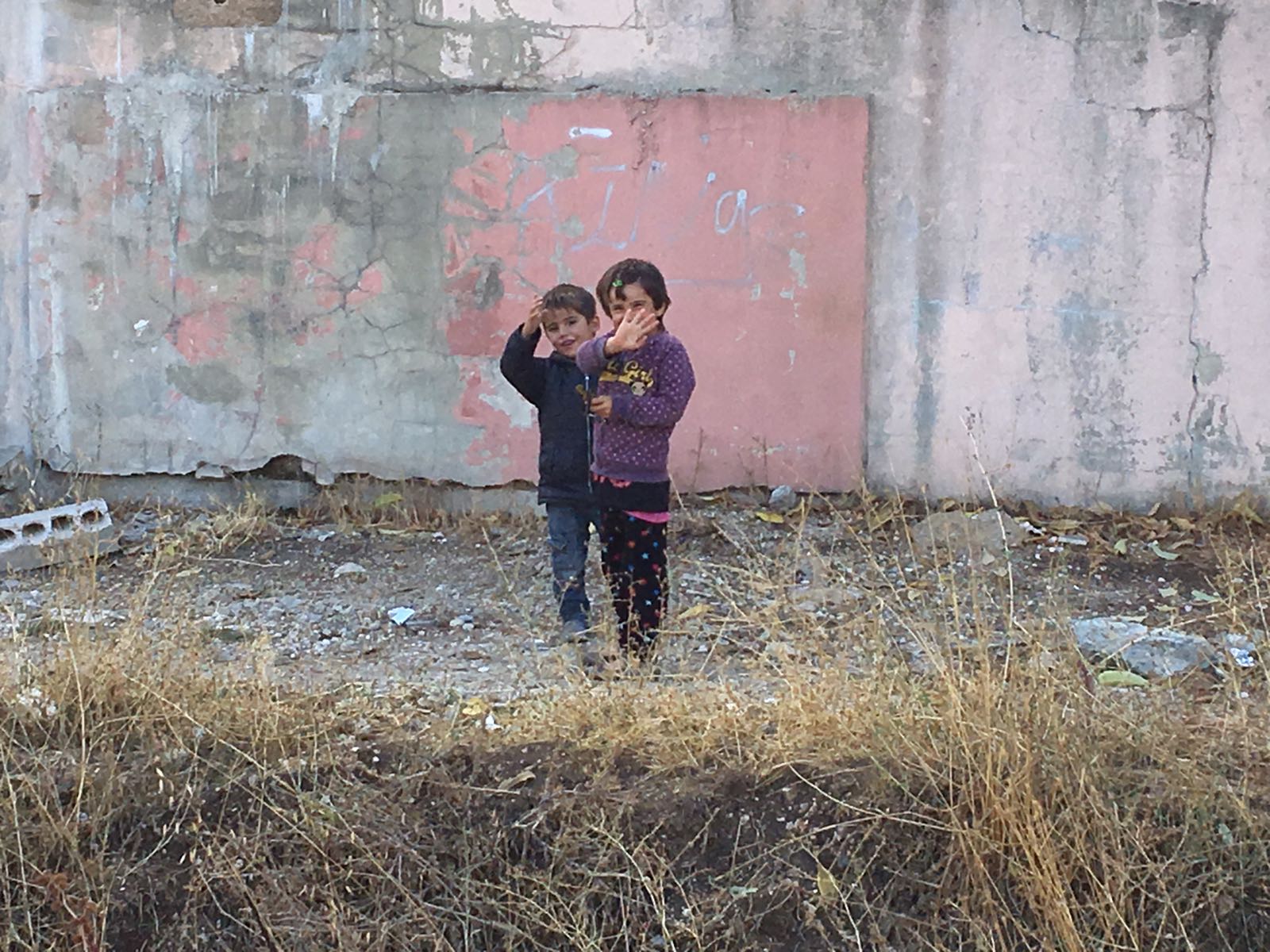 In Lebanon, trash is everywhere. It’s on the sides of the roads and scattered in the fields. As we drive, we see garbage strewn about among crops and gardens, next to grazing animals, in the cities, small villages and refugee camps, and even in the countryside. The government doesn’t provide a convenient way to dispose of trash in many areas, and it seems that people often toss their trash on the ground. The garbage has contaminated the water system and the water from the tap is undrinkable. Everyone in Lebanon drinks bottled water out of necessity, native Lebanese, refugees, tourists, the rich, the poor—everyone! If you don’t, you will get sick. Where do those plastic bottles end up? Maybe first in the street, or maybe in the recycling center that is under utilized. Eventually garbage ends up in waterways and the nearby Mediterranean, whether it was intentionally dumped there or not.

But who is to blame? Who or what needs to change? Is it the industry that sells things in excessive plastic packaging or the government that both allows it to be distributed and doesn’t provide a functional system to dispose of it, or the individual that tosses it on the street? According to ZMC News Source, “In the city of Beirut, Lebanon, where the water supply is drawn entirely from natural springs, 94% of the samples collected by the team were contaminated.” 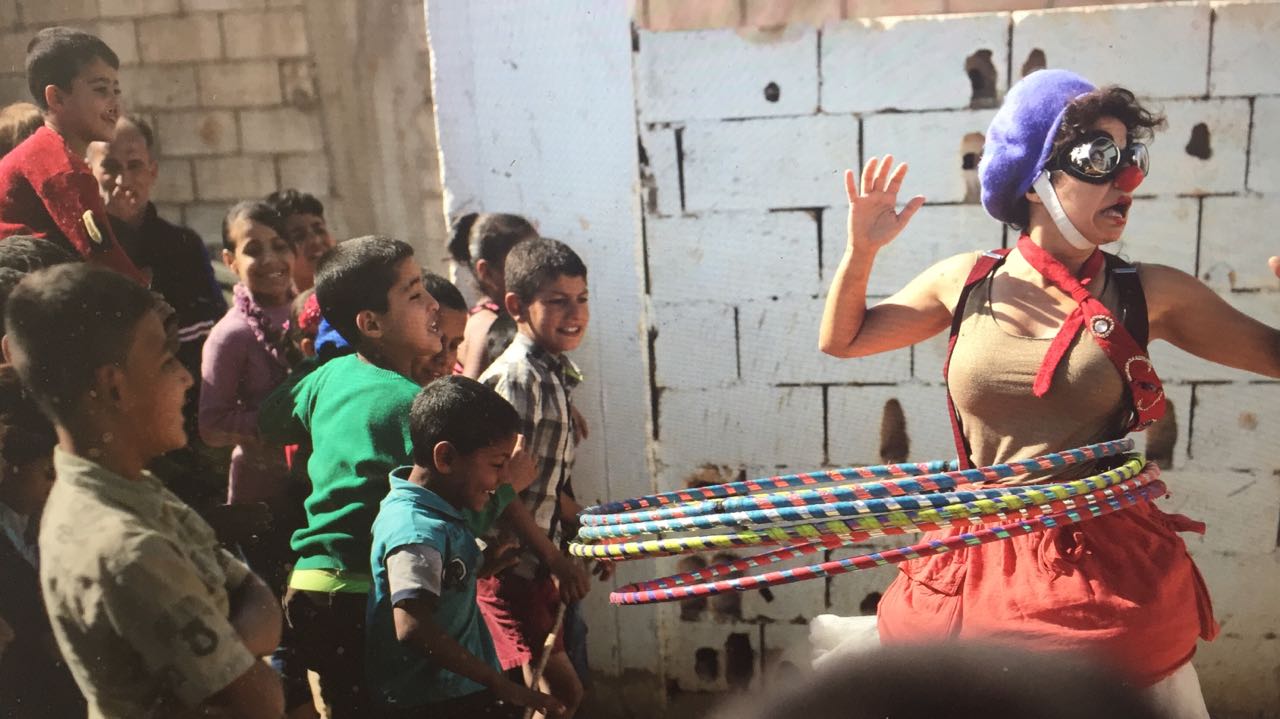 During our show, as Mother Earth is buried in the garbage from the clowns, children from the audience yell at us to stop throwing our garbage on Mother Earth. They say that she is tired because of all of the litter. “Hallas,” they say, which means “enough” or “stop it” in Arabic. The clowns fret and panic and bring two kids up on stage to clean the trash off of her. It works! Free of the garbage, she is able to get up and dance with the kids again. The kids totally understand and love this part of the show and they become part of the solution.

Leaving will be bittersweet! We have grown to love everyone we are working with, and it will be very sad to leave. Lots of hugs, laughs and bubbles to come!