Our project in Turkey is wrapping up. We have had 18 performances over the past 11 days, mostly in Eastern Turkey, within an hour of the Syrian border. CWB-USA sponsors our Turkish collaborators, who are in the process of becoming their own CWB chapter. Erwan is a seasoned CWB artist and is sharing some stories from the beginning of the trip.

From Erwan:
We were welcomed here by Güray who is organizing his fourth project with CWB. Güray is open-minded, sweet, and big-hearted. He and Ezgi are managing all of the logistics in addition to clowning.  We are also joined by two Italian performers: Selene, a great clarinet player, and Sara.

Our first two days in Istanbul are about training and rehearsing. Our big question is: how do we–two Turkish, one Brazilian, one French, and two Italian clowns–build a show for Syrian refugees in Turkey? 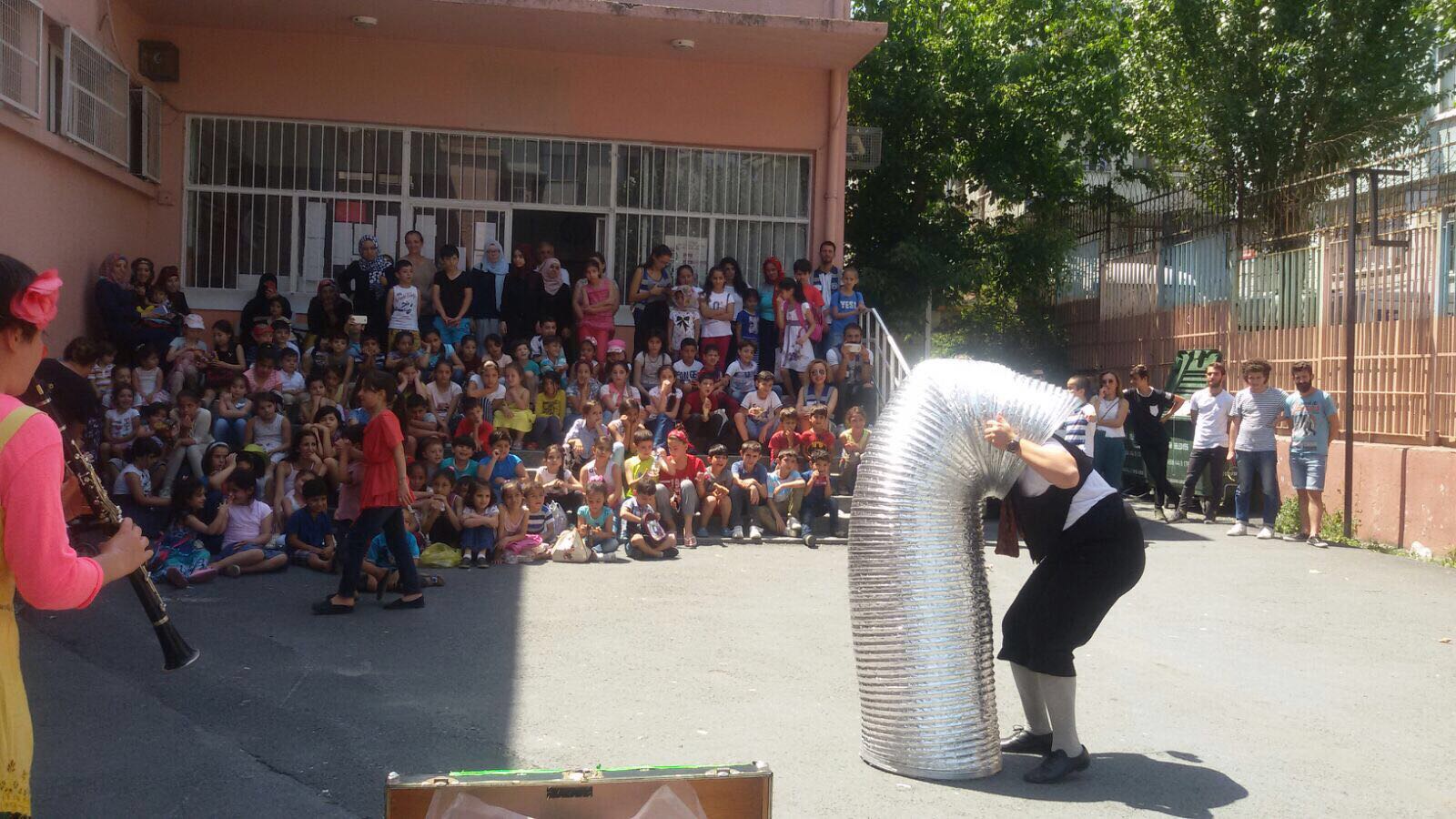 We use a metaphor of wind to create scenes about travel. We start with a classic parade, and after a moment of singing with the audience, all the clowns are blown offstage by the imaginary wind. When the wind calms down, the clowns try to figure out where they are by asking the audience for help.

Our show includes a “lost” puppet, a magic paper bag, “Taxi,” a nice musical duo where one clown can’t play and desperately tries to steal part of the other clown’s clarinet, and the “tube number,” where a clown tries to tame a big animated tube. Several times in the show, an imaginary mosquito disturbs the audience and makes the clowns cry. 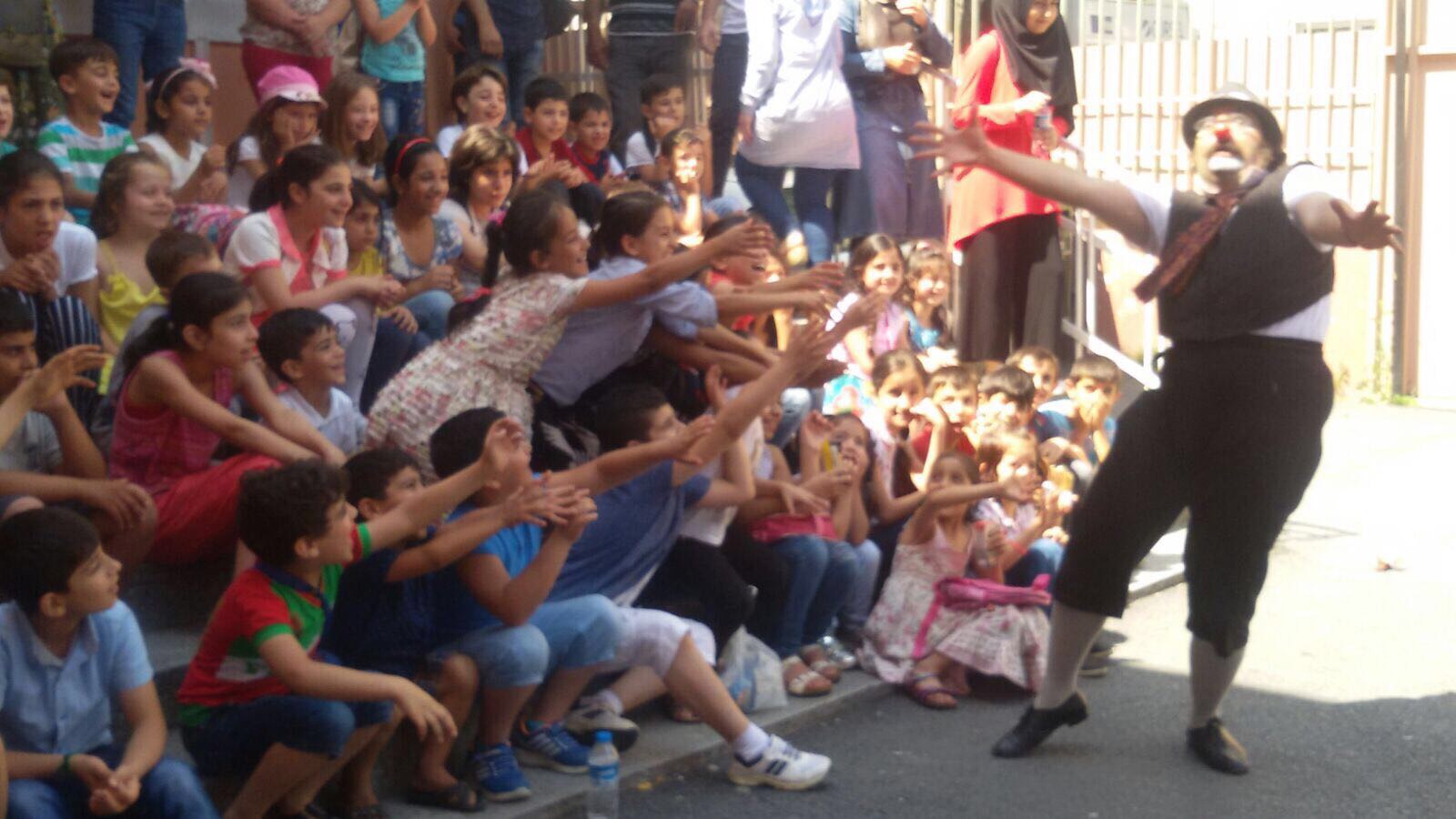 After two days of workshopping, we perform in Istanbul with ASAM (Association for Solidarity with Asylum Seekers and Migrants). ASAM worked to bring Turkish and Syrian kids together in order to break the discrimination which can exist between these communities. Approximately 80 kids and 20 adults enjoyed our show, their eyes full of happiness.

After this very nice premier we travelled to Eastern Turkey to share humanity and laughter with Syrian refugees, and also Turkish and Kurdish people who live alongside them. 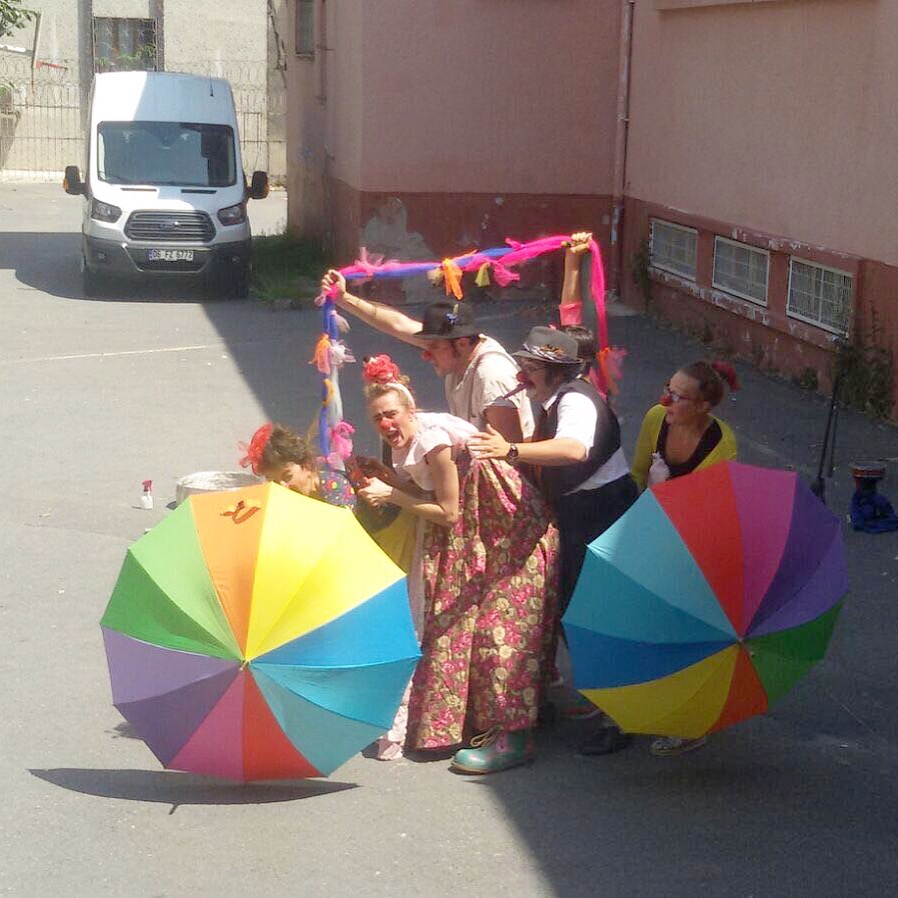