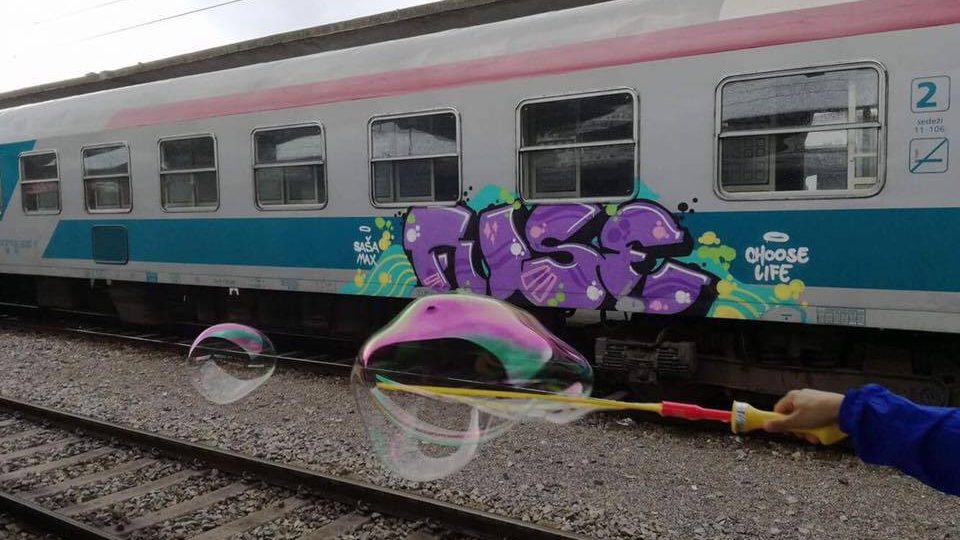 We have another update from Clay and Sabine on the Balkan Route. This is a story about one of the many times we have been denied access to a refugee camp. Unfortunately, despite the best planning, and the best intentions, sometimes the show cannot go on. In Haiti, we had to make the heartbreaking call to cancel a show, and in Lesvos, we arrived at a camp, only to be denied access.

In spite of these moments, we find a way to play and share joy, however we can. Sabine shares a story about performing in Serbian No Man’s Land, and finding a way to share laughter.

May 22, 2017
Sabine: Access denied to a camp in subotic-Serbia but we clowns go to work anyway and make a plan to perform on no man’s land in front of it. 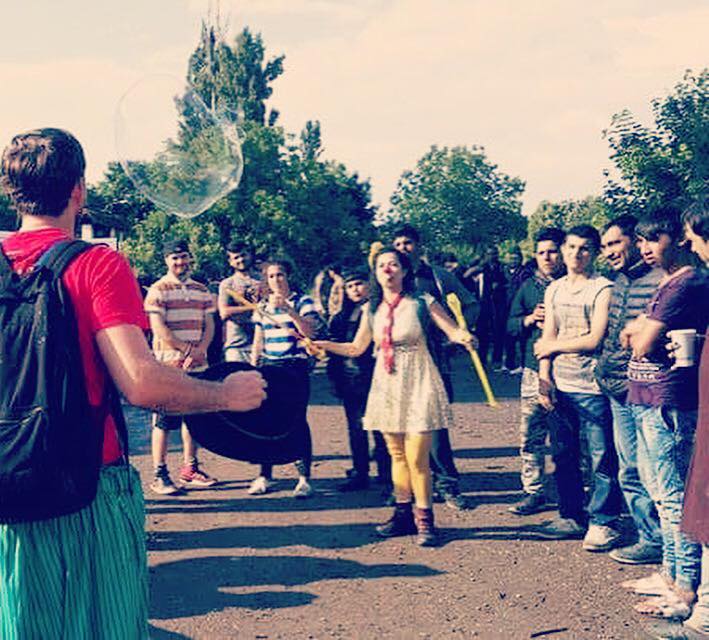 As soon as we get near the camp kids run to us. And soon after the guards run to us too… but for different reasons of course. One of them was really nice and asked us to send a request for a permit, the other asks me to speak in Serbian or Russian because he doesn’t understand English.

Meanwhile the kids were asked to go back inside and stay behind the fence.

“Performing with a fence between us the clowns and the refugees is becoming the new clowning trend” I thought. I have a flashback to Moria camp in Lesvos and to the center in Berlin.

The guard tells me that this is also land owned by the government so we can’t really perform. I ask him ” What if we perform on the street really far away?” He responds, “In Serbia you have to have a permit if you want to gather people, especially if they’re refugees. Or you can do it without a permit and pay a fine.”

I look to my left and I see 20 faces and 40 wide open eyes of children and women waiting silently and patiently. One thousand thoughts cross my mind.

Our group starts moving away, the scene starts fading, the faces and eyes become smaller. Clay tries to earn time while packing the clown gear. I open my yellow bubble wand, everything start moving in slow motion. I send the first bubble, Clay takes his charango. I send the second bubble, the music starts and boom! Kids run to the door of the camp, cross that border and follow us with beautiful smiles and excitement. We keep walking, playing with kids, with bubbles and with music. 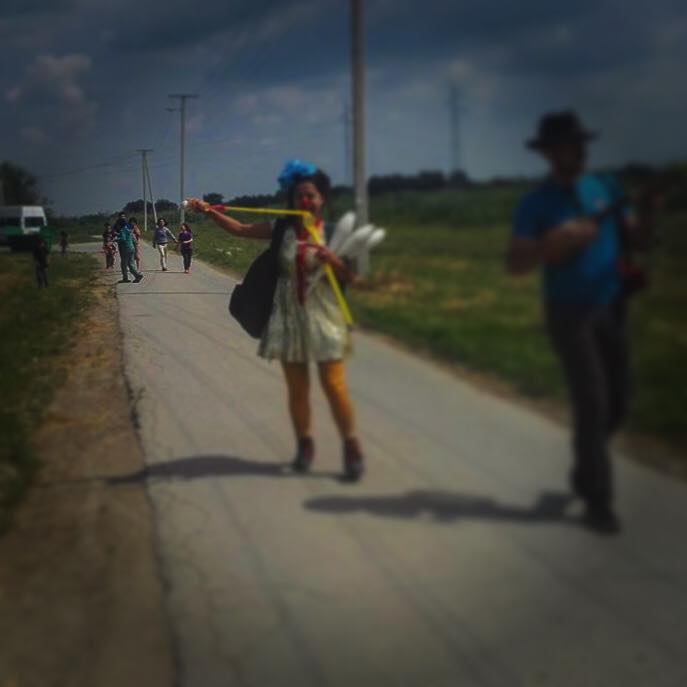 A few minutes later we wave goodbye, send more love to the kids and ask them to go back to the camp. They go, but shout back to us to come back tomorrow and to try again. We shout back “We love you”. The faces and eyes become smaller and smaller again. We depart in different directions.

Everyday, my hatred of seeing wide open eyes through fences grow bigger, but today kids helped us breaking that fence and crossing that border in slow motion.

Today these resilient kids brought me endless joy in few minutes time. I hope we did the same to them too.