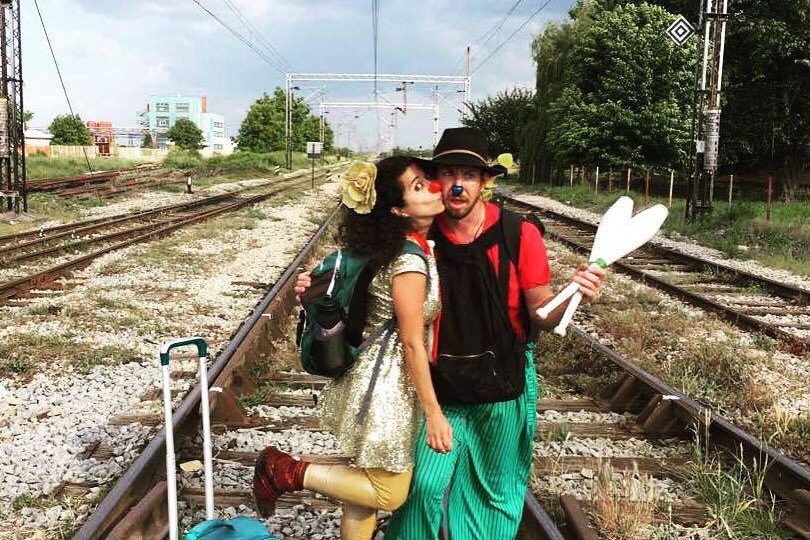 Our beloved Clay Mazing and Sabine Choucair are finishing up the Balkan Route Tour. We are working with Service Civil International (SCI) on their Route to Connect Tour. SCI’s goal is to spread awareness about the lives of refugees who are stranded along the balkan route, in limbo, hoping for entry into the European Union. Today’s post in an update from their first week traveling along the Balkan Route.

Sabine: Like many of the refugees who I will be meeting on the way, this will be my first time in the Balkans. The only difference is that I will be able to move around while they have been stuck there for over a year and a half. 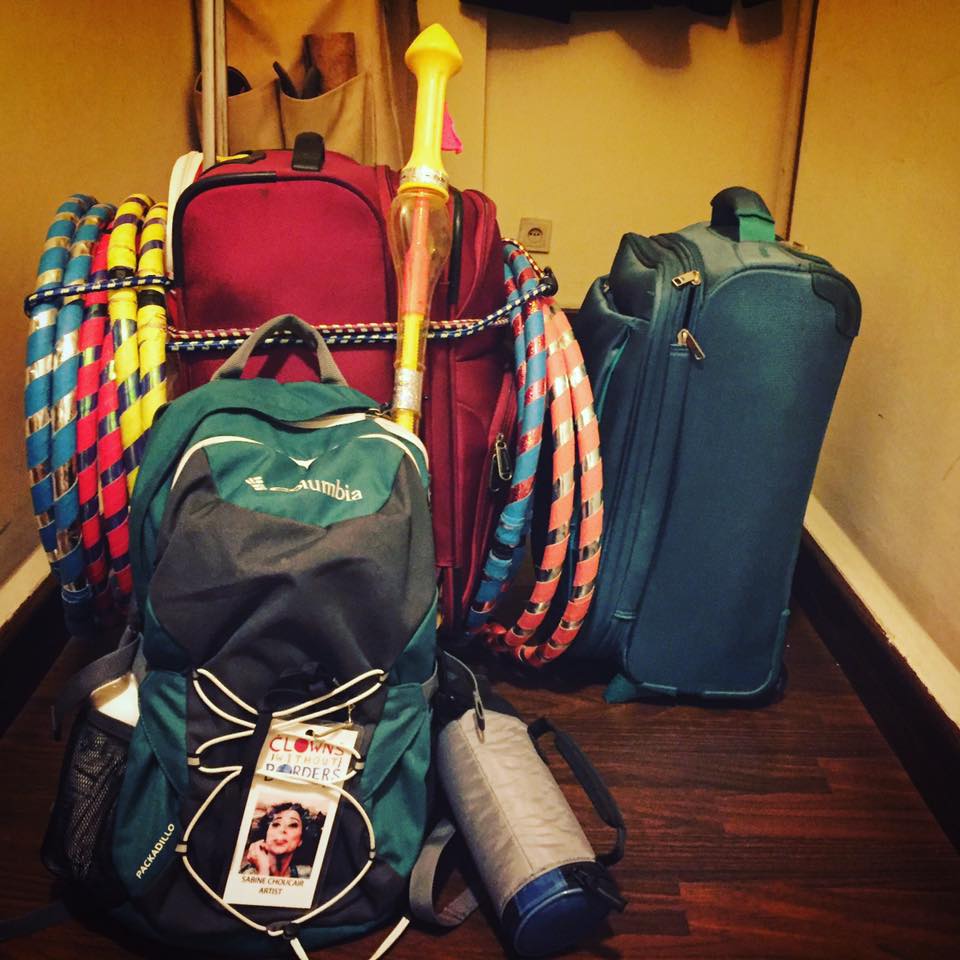 Clay: For the fifth time in three years, I’m flying across the big water to clown for Syrian refugees. Now, I’ll be visiting families stuck in countries without many resources to support them because xenophobia has closed the borders to travel. I’m glad I get to use the only talents I have to make a positive difference in some precious lives. 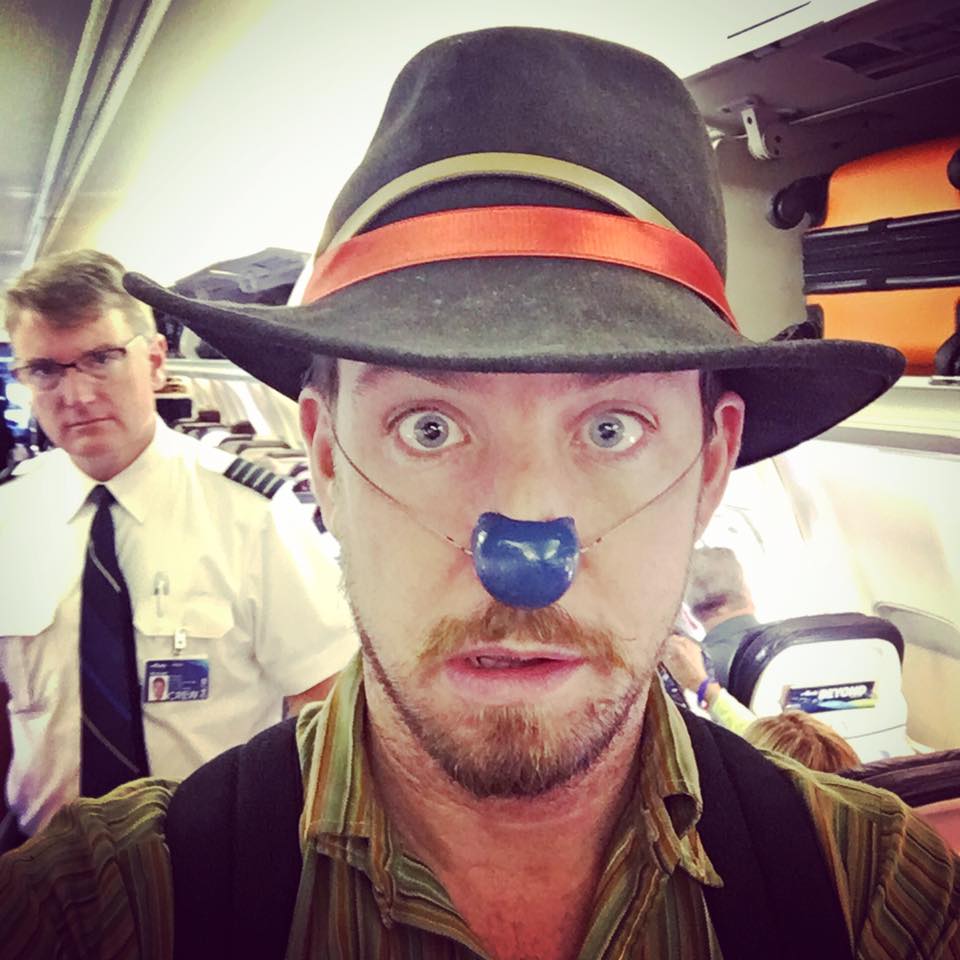 May 19th, 2017
Sabine: We have spent three days in a big house in the woods of Slovenia, with seventeen beautiful human beings preparing for our upcoming seventeen day trip on the Balkan route. We’ve been clowning around, talking, sharing stories and sharing love. Today our team met refugees who’ve been stuck in Ljubljana for more than a year and share our show.

This little 4 year old kid ” Hassouna” never stopped going on and off the stage to play with us. He’s from Syrian Kurdish parents. He left Syria when he was two months old, went to Kurdistan, Turkey, Greece, Macedonia and then was sent back to Athens for a year. For the past two months he’s been in a small camp in Slovenia that we couldn’t enter.

His mother wished we could have performed inside the camp as “adults and men specifically need this even more than our kids, believe me! ” she said. She wondered too if they did the right thing by leaving ” we left Syria to give our kids a better and more stable life, but it feels like we made it harder on them! Hassouna can’t stay still in one place for more than 3 minutes, in some moments he gets very perturbed and I’m wondering if our journey has to do with that!”
Hassouna made the audience roar with laughter. I hope life will start treating him better from now on. 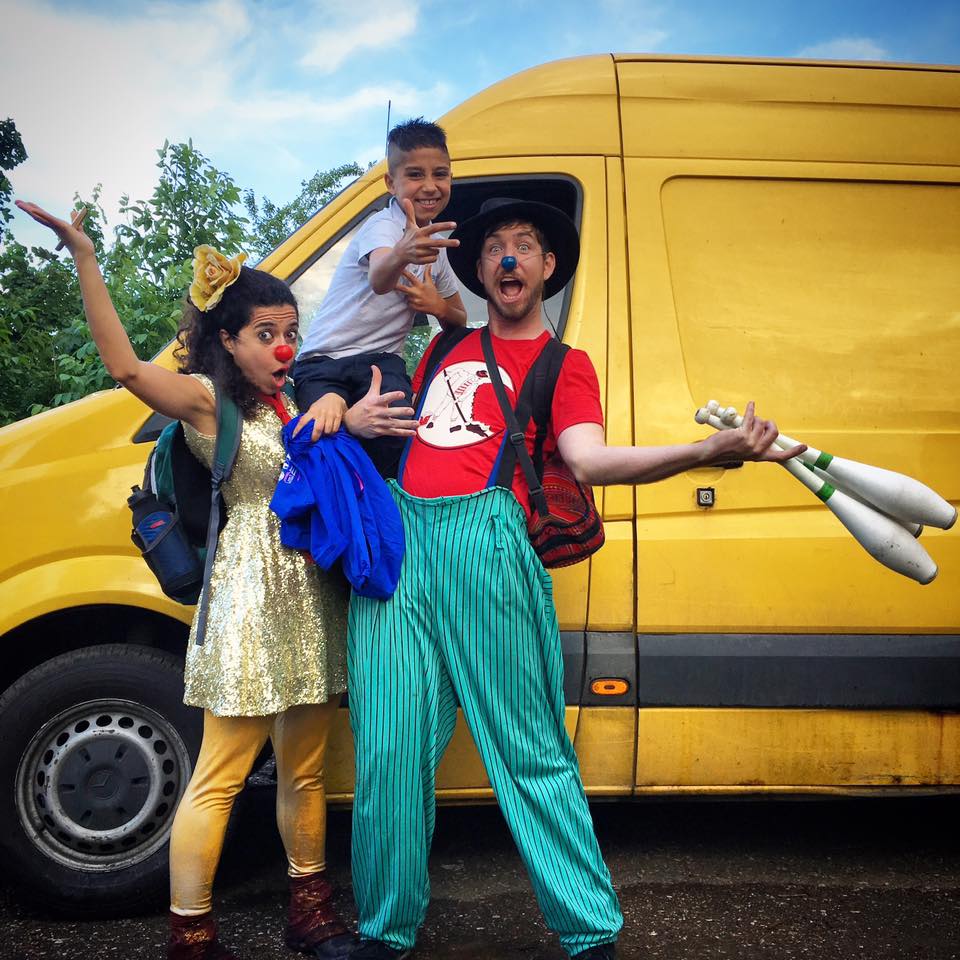 May 21, 2017
Clay: After a sleepless night of busses, thunder, and rain we arrived in Shid, Serbia. The town that smells and feels like it’s name. Every night refugees try to sneak over the border and every night the cops catch them, beat them, break their phones, threaten rape, and throw them in the water. They’re trying to get a reputation as a shiddy place for refugees.

Today when we went by the camp to see if we could perform, a young boy came running up to us. He recognized us from Lesvos two years ago. His joy overwhelmed him and as he grasped my hands with his tiny cool hands it transferred to me. We began jumping and singing and laughing and jumping and hugging. We played and talked all day. He took me to meet his sister, cousin, and father who thanked me with his hand over his heart. 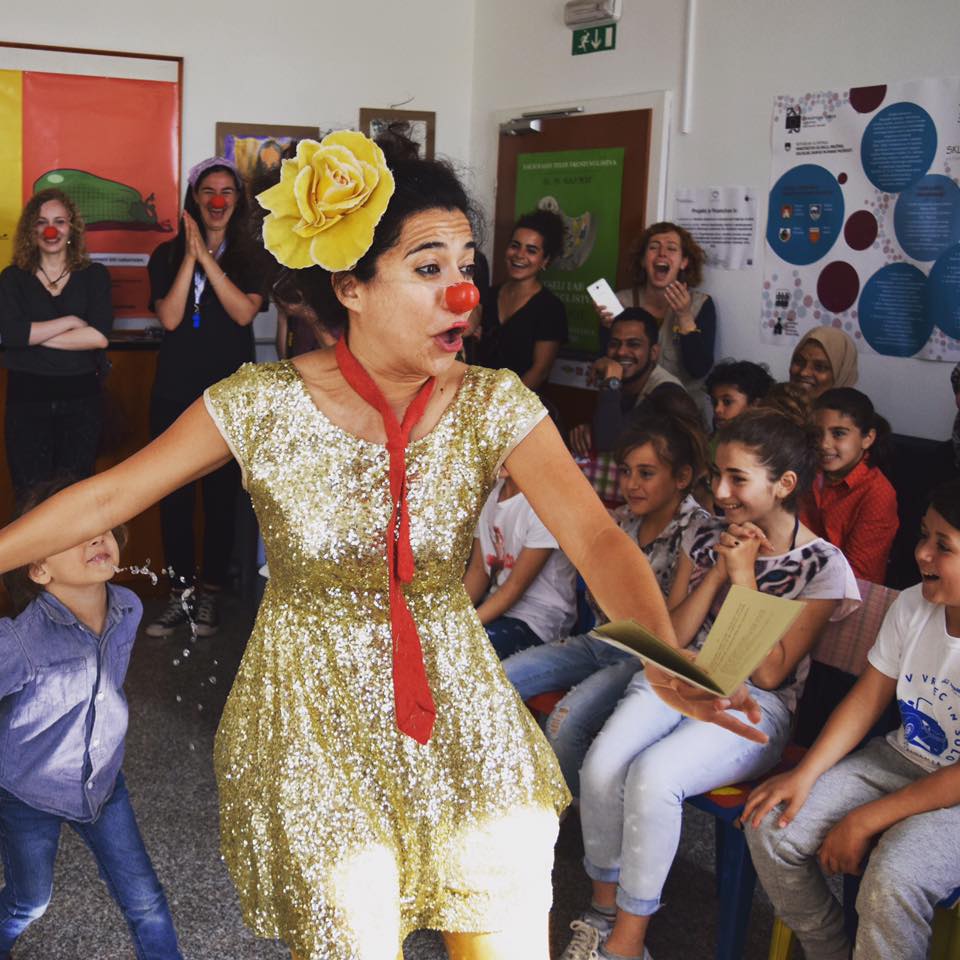 I can’t believe this little guy is so resilient, polite, and boiling over with love. My emotions have been shoved in a blender and puréed. You could feel this kids smile on your heart like the sun on your skin when it suddenly rips through the clouds in the morning. But it’s impossibly unfair that he can’t find safety and security just because he was born in the wrong place at the wrong time.