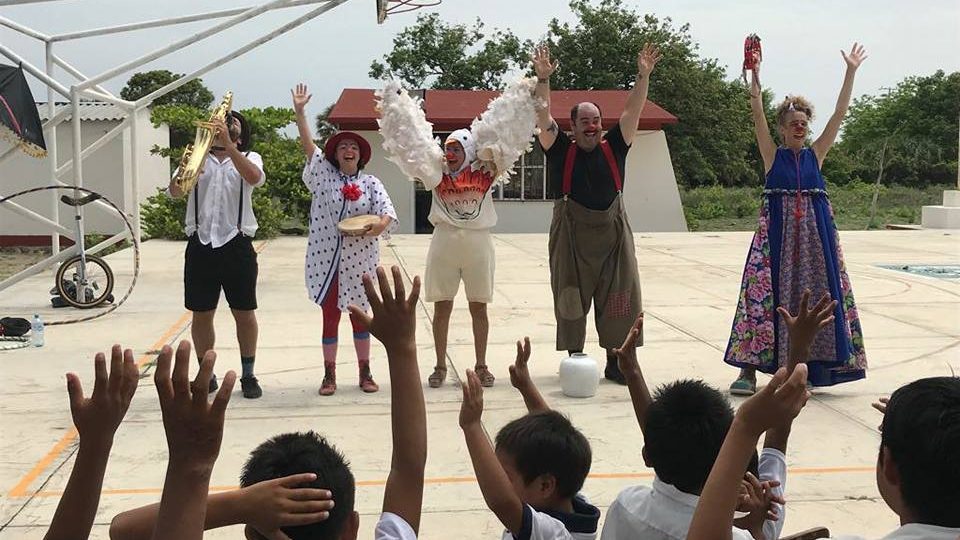 Faeble Kievman, participating in his first-ever CWB – USA tour, witnesses the power of mutual aid and how it supports a rural community in Oaxaca. 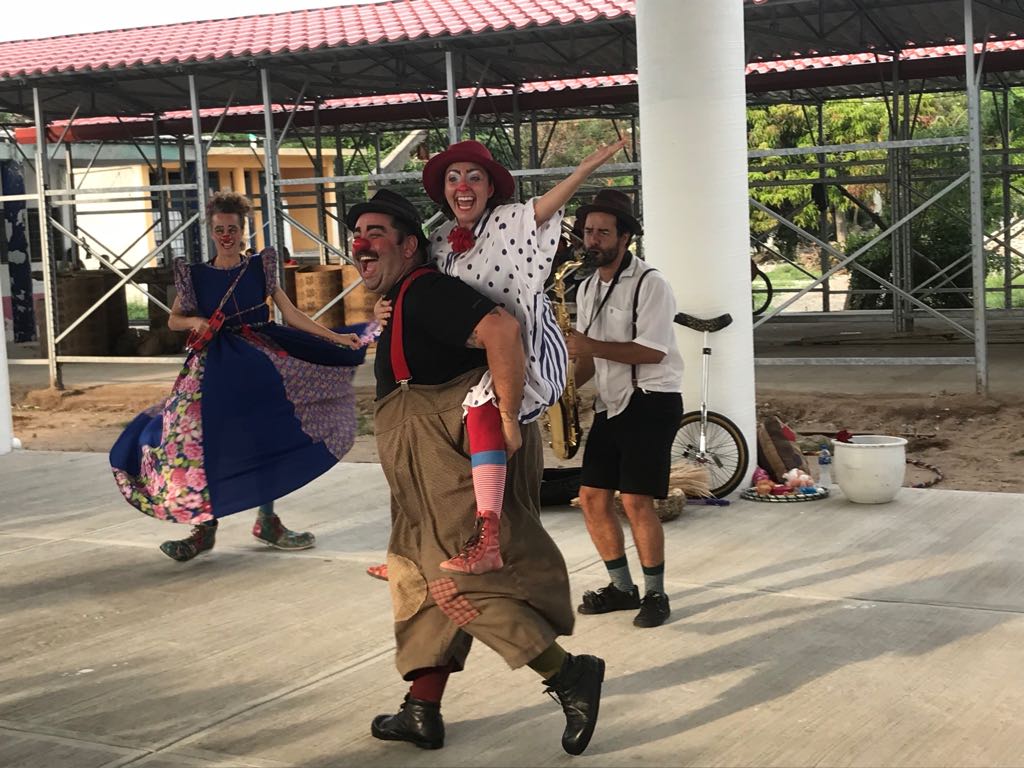 We’re in a mountain village in Oaxaca, one of the most gorgeous places I have ever visited in my life. We’re performing for many indigenous families in the community of Icot (Huaves). This community is located so deep in the mountains that they were without power for five days after the earthquake. They only received help after someone was able to travel to Mexico City and ask for it.

During our performance, I get some water on one of the boys. Later, I find out that he’s very upset because the other boys are making fun of him. Normally water gags aren’t a problem, but in this town, people have only seen clowns one other time. They’re not accustomed to this kind of performance. I feel badly that he was upset, but Nahú Rodríguez, an amazing man who does NGO work in this town, brings the boy over to me after the show. I’m able to talk with him and cheer him up, and Gabi, Aline and I spend the rest of the day showing the boy and his friends how to juggle, do silly magic tricks, and balance sticks.

Everywhere we go, people express gratitude and feed us well. In this town specifically, they have a system in place to create homes. It’s a “you help me, we’ll help you,” system. They make their houses from a local, red clay, cow dung, grass, and water. Theses homes are on top of a mountain, exposed to huge thunderstorms, and can stand for 30 years. It’s quite amazing, if you ask me. They butcher their own meat, farm their own food and make their own clothing and furniture. It reminds me of the time I spent traveling through the mountains of the southern United States, witnessing the poverty of rural coal-mining towns. Houses are run down and folks are just barely making it. I wonder: If more communities in the U.S. looked this one in Oaxaca, modeled on mutual aid, how poor would they really be at the end of the day?

We see how laughter heals, how it releases the anger and sadness we hold in our hearts. If we let it, laughter can bring us together in times of war, devastation, trauma and tragedy. If we feel sad, why not allow those feelings to come and go like the wind? Whatever we feel, laughter will take us out of our pain and remind us to open our hearts again. Divisiveness, hate, and all the borders and walls in the world can fall when we’re laughing together.