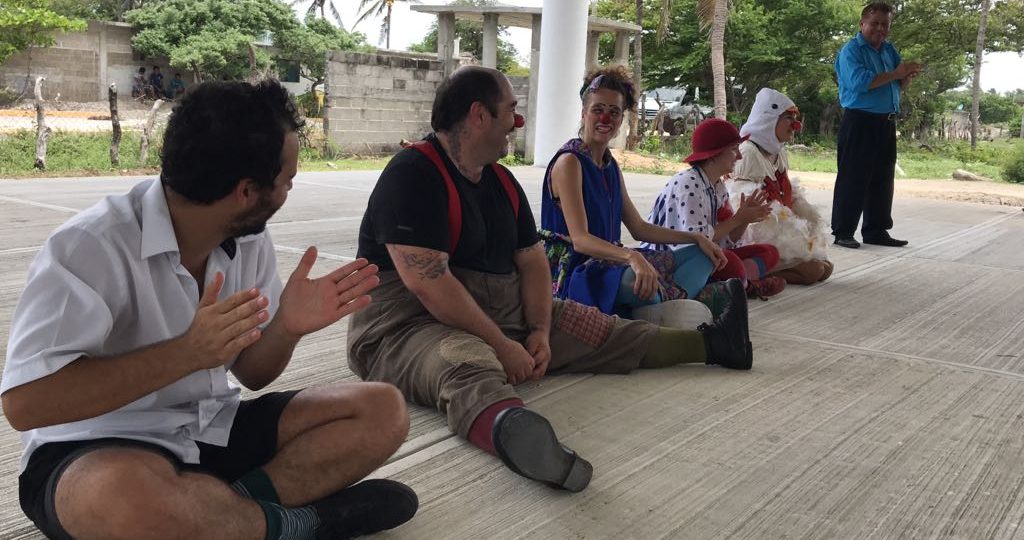 We’re making our way through Oaxaca city, where we perform for such a loving public. We visit an immigrant community of people from Central America, where we talk to on-site social workers. The gate to this sanctuary space opens right onto the rail road tracks, making it accessible for people who are train-hopping toward a better life. They can find food, showers, and general assistance. There’s even a possibility of obtaining a Mexican work visa, but the process takes a year and few of the migrant people want to stay that long. Most of them experience serious human rights violations along their journey.

I got a chance to sit down and talk with several people about their experiences. Many are fleeing organized crime in their home countries and want to provide money for their families.

One young man named Josue, who is 22 years old, has cuts on his face and arms. He said he was having trouble with the gangs in Honduras, and that he had been trying to get into the U.S. for seven years. He wants to make enough money to buy his mother a house so they both have a safe place to stay. He hasn’t spoken to his mother in five years, because she lives in a mountain village without phones. 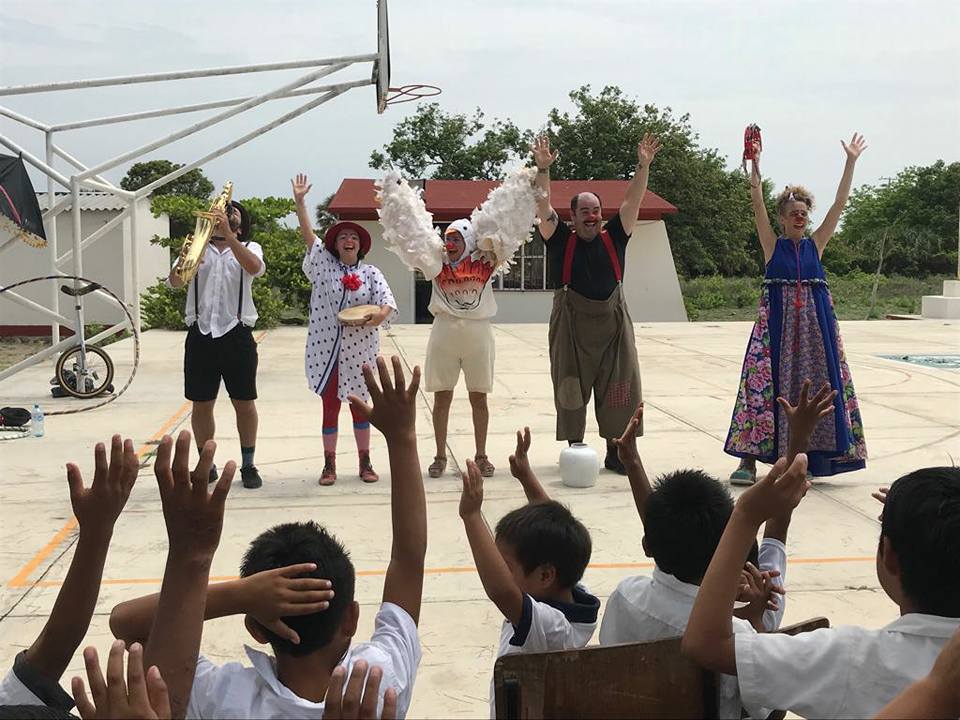 Every migrant we talked to had an incredible story. One woman was traveling alone with two children, a little girl named Anna and a baby. Anna took a liking to me, and said that the baby said my name, “FaFa.” Their mother told us she was on her way to Canada, but she had a lot of anxiety about their safety along the way. She is taking care of two children by herself, as she follows her dream to live in North America.

I so badly want to say something about what it’s like in the U.S. That it’s full of false hope for many. That the road there and through is not any easier, and that many immigrants are suffering from discrimination. But who am I? It’s their life and they can choose to do what they want with it. If I were in their shoes, I might do the exact same thing. Who doesn’t want a better life, in which you can take care of your family’s basic needs? All I can really say is “Safe travels, and I wish the best for you in your life.”