Clowns Without Borders – USA and our colleagues at Palhaços Sem Fronteiras Brasil are currently on tour in Colombia where they’re traveling extensively along the coast. The partner organizations for this tour focus on youth violence prevention and FARC reintegration. Development and the land rights of disenfranchised people are colliding, and CWB clowns have performed for communities facing displacement.

As we begin our sixth performance, we’re both happy and tired. When I tour with CWB, I feel life very deeply—but I also see that the world is upside down. Today, we visited an occupied territory called Ilha. The word means island, and I saw what it can look like to be an island: Isolated, ignored and invisible. The people who live there are misunderstood and to see that is almost unbearable. 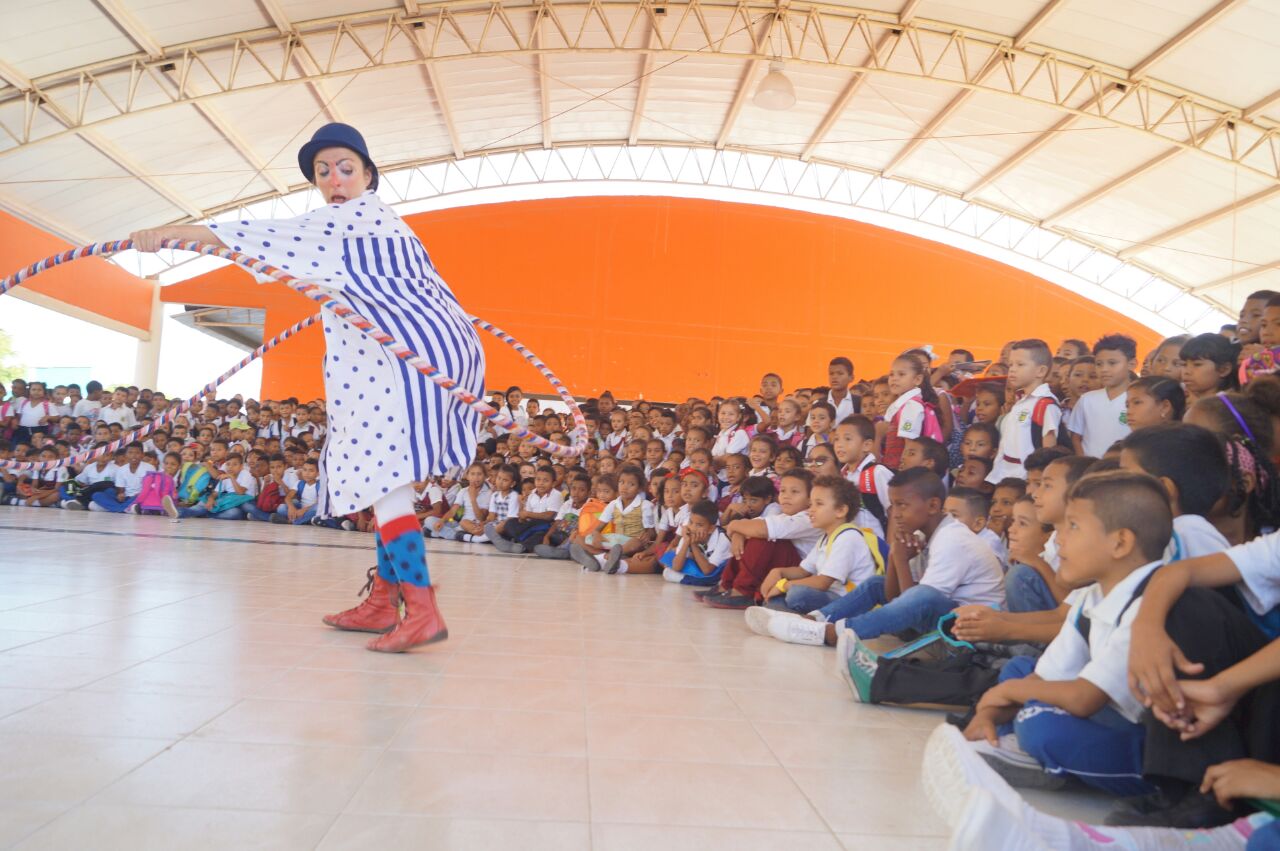 The Colombian government wants to build an expensive housing development on the land, yet tells the people who already live there that it’s impractical for them to stay. Capitalism makes its demands and money wins again. Soon, everyone who lives here will have to leave. But where will they go? There’s only a one-way path, and without homes, the people here are becoming very angry. The government pays out a very small sum, which disappears almost instantly. This is an extermination policy, and while it’s often invisible, it became very real to me. Where are their rights to live a decent life? Their lives are scrapped because people in power don’t want equality.

A boy named Allan asks me why I left Brazil to visit him. I told him that he’s important to me, that intrinsically, we’re all important. When are we going to understand that the planet is one? Everything that exists has its own importance. When we stop dividing, we can start to share. Everyone can share what they have, and I will share my nose.