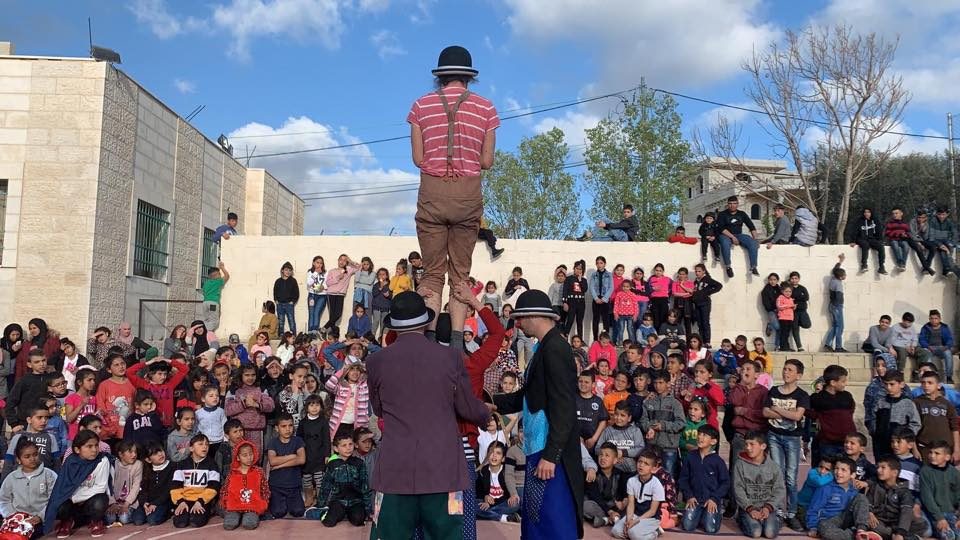 In this blog, Ania learns something entirely new about Palestinian slang.

It’s interesting, teaching in a foreign country where you don’t speak the language. We’re lucky enough to have a student in the class who is bilingual, and has graciously agreed to do the extra work of translating. We’re adjusting too: we talk more slowly, more animatedly, and demonstrate frequently. But there are some things that you just can’t anticipate.

On our first day teaching, we introduce the well-known and well-loved game, “Zip, Zap.”* The students pick up the concept pretty quickly, despite the language barrier, sending a Zip more or less continuously around the circle. There’s some giggling, but we both assume they’re laughing at minor mistakes made as the game goes on. “Zap,” sending energy across the circle, goes even better. We finish the game and move on.

During our next break, one of the students grabs the translator and comes up to Michael. She explains that “Zip,” in Palestinian street slang, actually means “penis.” The giggles we heard weren’t simple joy at the game. Instead, they were laughing at everyone saying “penis” over, and over, and over. Retrospectively, Michael and I agreed they had actually done really well, given that they were being asked to say a dirty word repeatedly, and with enthusiasm.

The next day we changed the name of the game to “Zik, Zak,” to great success!

*There are actually so many ways to play “Zip, Zap” that, although popular, you can never assume a group of new people are all about to start playing the same game!