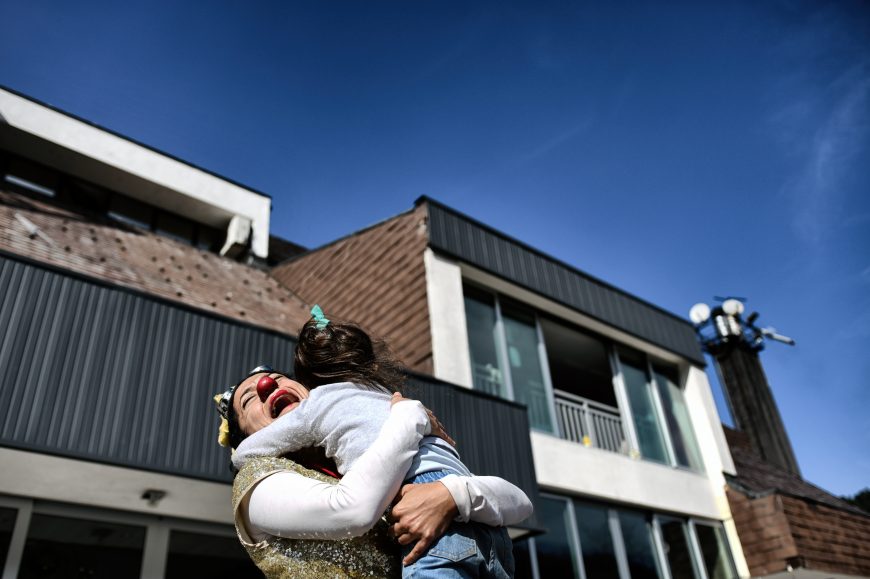 World Refugee Day is meant to highlight the accomplishments and struggles of refugees. The most recent numbers published by UNHCR (the UN Refugee Agency) are troubling: There’s been an increase in the number of forcibly displaced people worldwide. In the past 20 years, the number of displaced people has doubled. 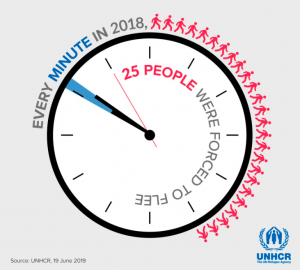 Clowns Without Borders works with people experiencing crisis, and crisis almost always involves some form of displacement. Internally displaced people (IDP) might be forced to move within their own nation due to political turmoil or natural disaster.

Migrants are people who leave their country in search of a safer or more stable life—their decision to leave is often based on a history of violence or colonialism in their home country. Immigrants seek permanent residence in a new country.

Refugees and asylum seekers are often conflated, but the terms have specific definitions: A refugee is someone who flees their country of origin and is unable or unwilling to return based on war, violence, or persecution. Refugee status is determined by national governments or the UNHCR, and in the United States a refugee may become a permanent resident and citizen.

Asylum seekers are people who request international protection, but their refugee status has not yet been determined. Critically, asylum seekers must ask for protection when they arrive at the border of a new country. There is no way to request asylum, a visa, or entry to the United States in advance, so arriving at a border and requesting entry is legal under U.S. and international law.

Stateless people are those who are denied nationality by their home or host nation. These people are held outside of most economic life, and have limited educational opportunities. Refugees, asylum seekers, migrants and IDPs can all be stateless people.

According the UNHCR’s latest numbers, there were 70.8 million people forcibly displaced at the end of 2018. That’s 2.3 million more people than last year, and may not accurately represent global displacement. The economic and political crisis in Venezuela is only partly reflected by these numbers. Watch the short video below to get a sense of where refugees come from:

Tens of millions of people have been forced to flee their homes. This is where they come from. #WorldRefugeeDay pic.twitter.com/Q6d1g5kuHA

“With humanitarian budgets continually under-funded, and the laws of war meant to protect civilians constantly broken, we are failing displaced people — especially women and girls — who have fled for their lives and simply want to find safety.”

You can read the rest of his statement here.

CWB – USA’s mission is to share resilience through laughter by providing psycho-social support to people experiencing crisis. We are lucky to see the strength, warmth, and creativity of displaced people all around the world. Today and every day, we stand with them.