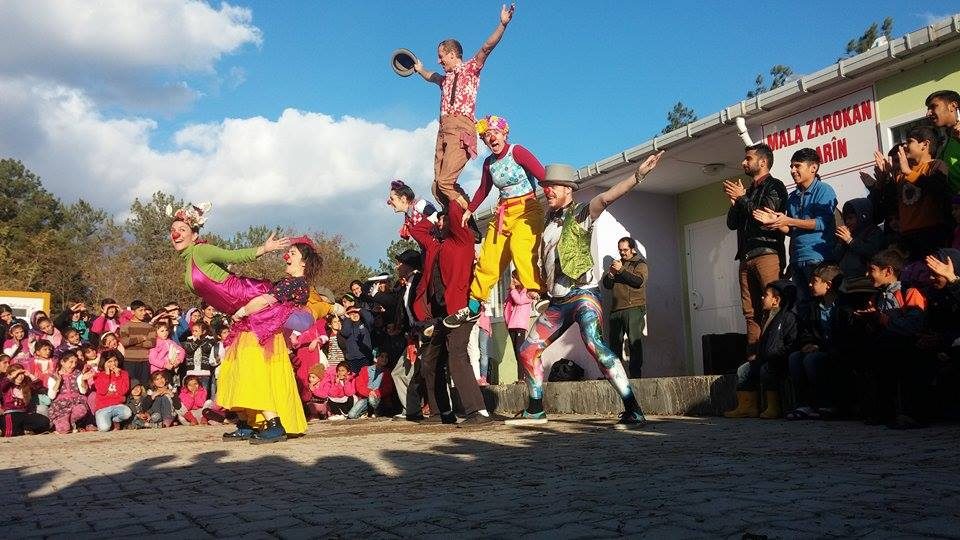 From November 30 to December 7, 2015, Clowns Without Borders USA is teaming up with a Secret Philanthropist/Anonymous Donor to host a very special 7 day performing tour for the refugees (Syrian and other) and migrants currently housed in Turkish refugee camps. Over 1 million Syrians have taken refugee in Turkey since the outbreak of the crisis in March 2011. Around 30 percent of these live in 22 government-run camps near the Syrian-Turkish border. The rest do their best to make ends meet in communities across the country.
In partnership with three wonderful US artists and three wonderful Turkish artists, with both Turkish and foreign coordinators, this special project came together in less than two weeks! They are touring regions throughout the country, reaching a variety of camps and communities who have been affected by the crisis.