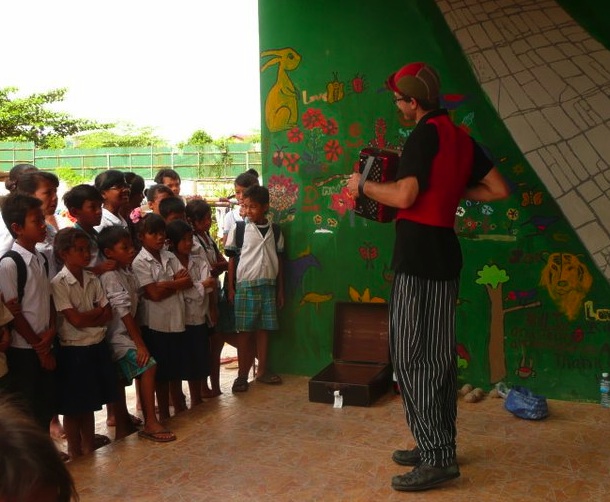 Join Tyler and Jon on their journey to Cambodia for the Tini Tinou festival! The two volunteer artists will also spend time performing at schools and other centers for children in Phnom Penh and Battambang. Fresh off of their stint at the Berkshire Fringe Festival, Jon and Tyler are ready to bring laughter to the people of Cambodia. Jon and Tyler base their clowning operations in San Francisco where they produce the Clown Cabaret at the Climate Theater. Jon and Tyler have performed and worked with Circus Smirkus, Theater Works, Camp Winnarainbow, Shakespeare Santa Cruz, and Theatro Zinzanni. Beyond their work with Pi, Jon and Tyler are professional circus arts teachers. With their powers combined they form a clown duo the likes of which the world has never seen before.